Over the past seven years, the European Union Advisory Mission Ukraine (EUAM) has worked closely with its Ukrainian counterparts to expedite a sustainable reform of the civilian security sector, providing strategic advice and hands-on support for specific reform measures in accordance with EU standards and international principles of good governance and human rights.

In response to the Russian aggression, EU Member States added new tasks to EUAM Ukraine in March and April 2022, tasking the Mission also to advise on border crossings between Ukraine and the EU, and to support Ukrainian authorities in the investigation and prosecution of international crimes.

The EUAM team of over 300 Ukrainian and international staff deliver the EUAM mandate that strives to create a civilian security sector for Ukraine that is efficient, accountable and enjoys the trust of the public.

June 2014: Ukraine asks the EU for extra support after the Maidan revolution 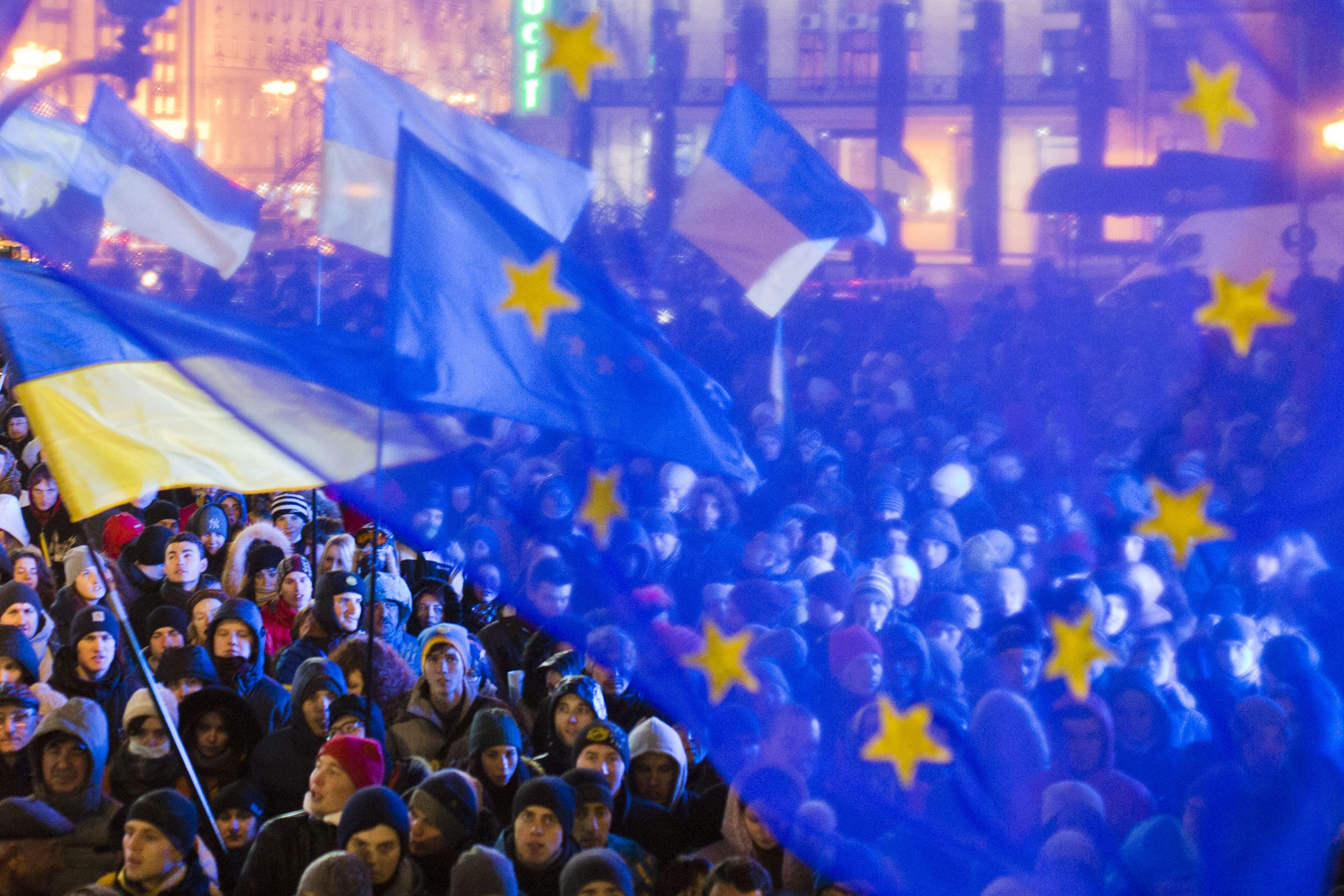 Following events at Maidan, the police and rule of law bodies need to re-establish trust with the people. The Ukrainian government reaches out to the EU and EUAM is created. 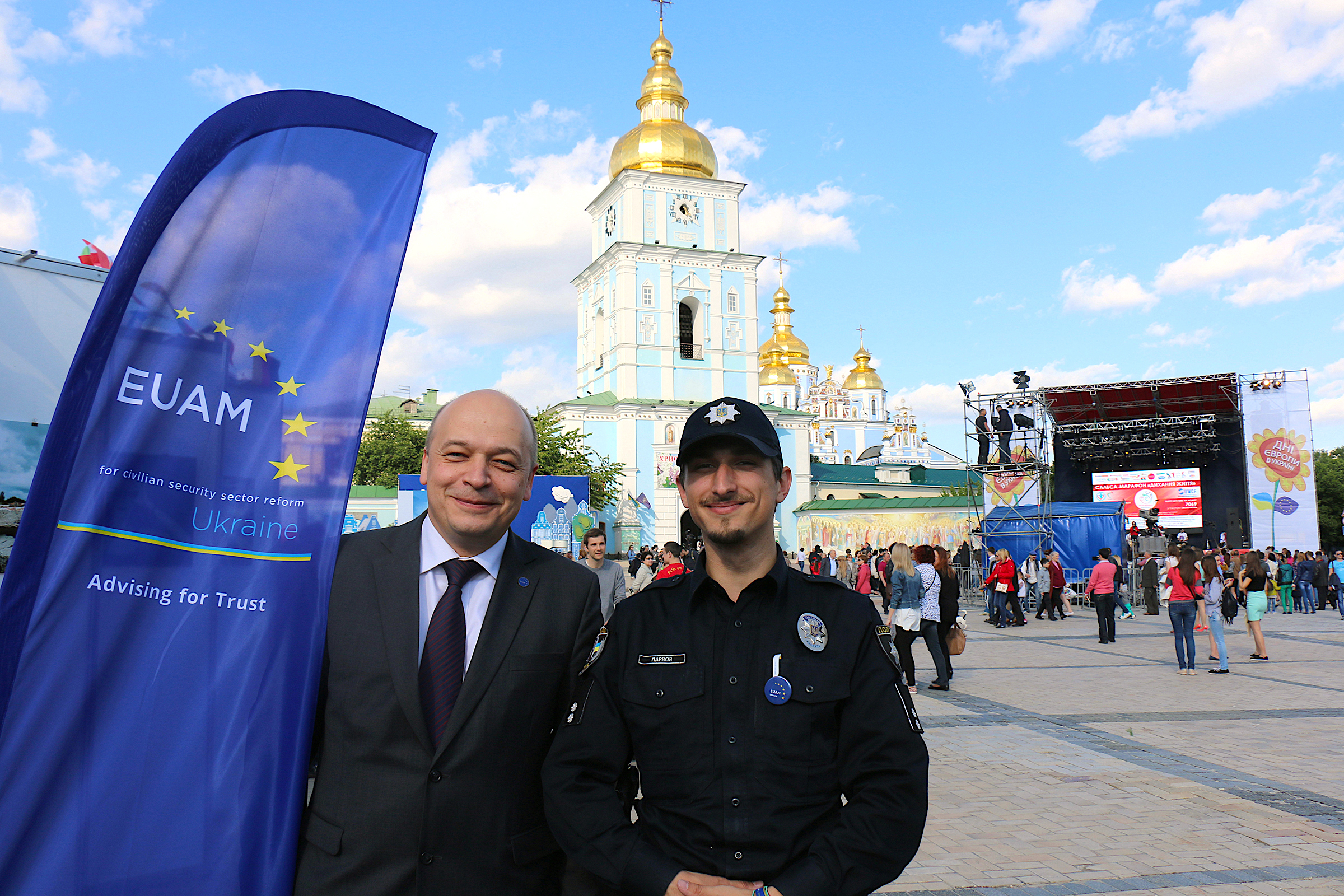 International advisors are brought to Ukraine from around Europe to advise on security, police, judiciary, borders, prosecution, anti-corruption, human rights. 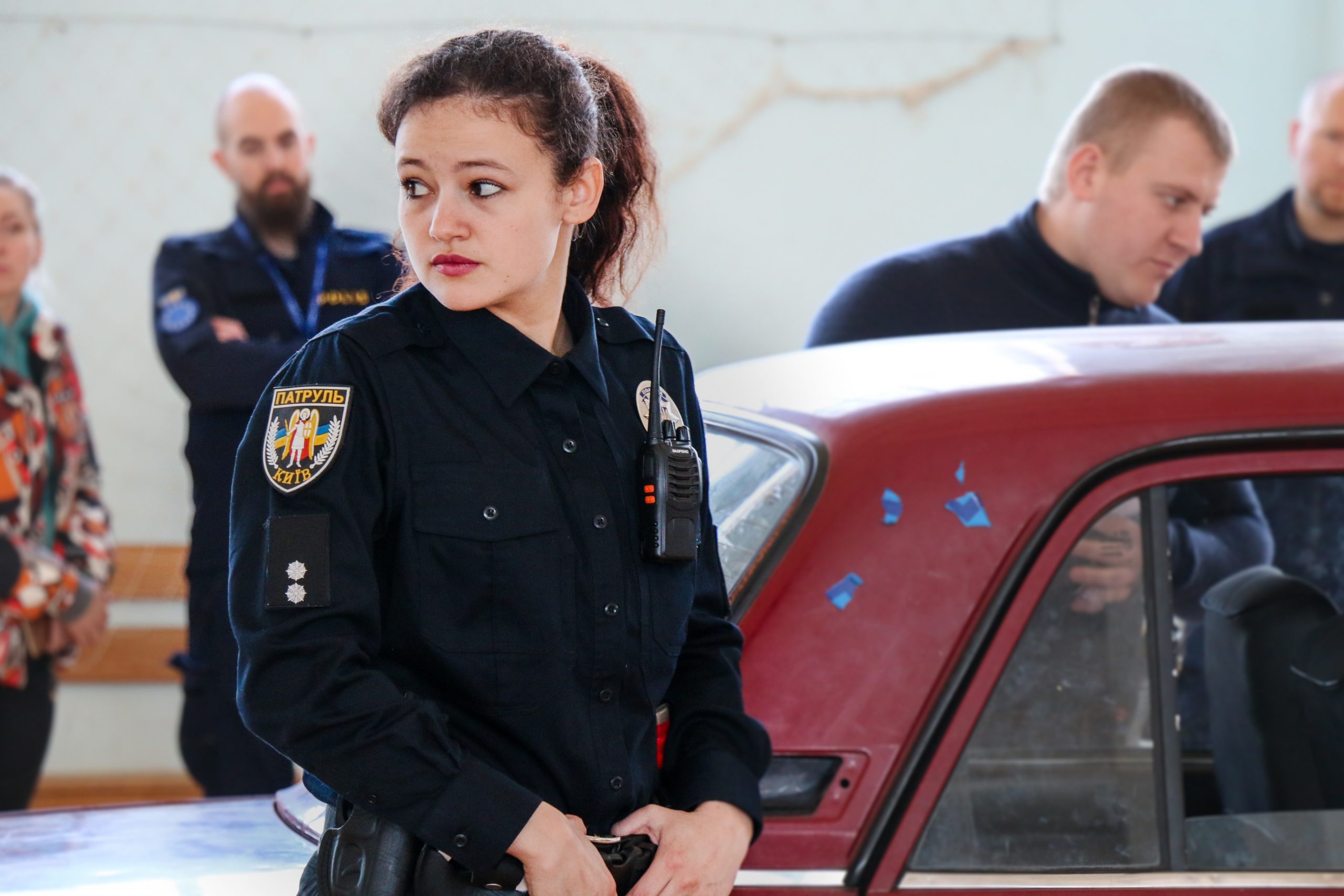 EUAM introduces the concepts of community policing and community safety across Ukraine with 981 officers trained in 82 training sessions. In 2015, the launch of quick-response teams with ‘Sambir police model’ contributed to more officers patrolling the streets and a response-time reduced from 15-20 min to 5-7 min in the cities and from 30-60 min to 10-20 min in rural areas.

May 2016: EUAM adds operational projects and training activities to its mandate 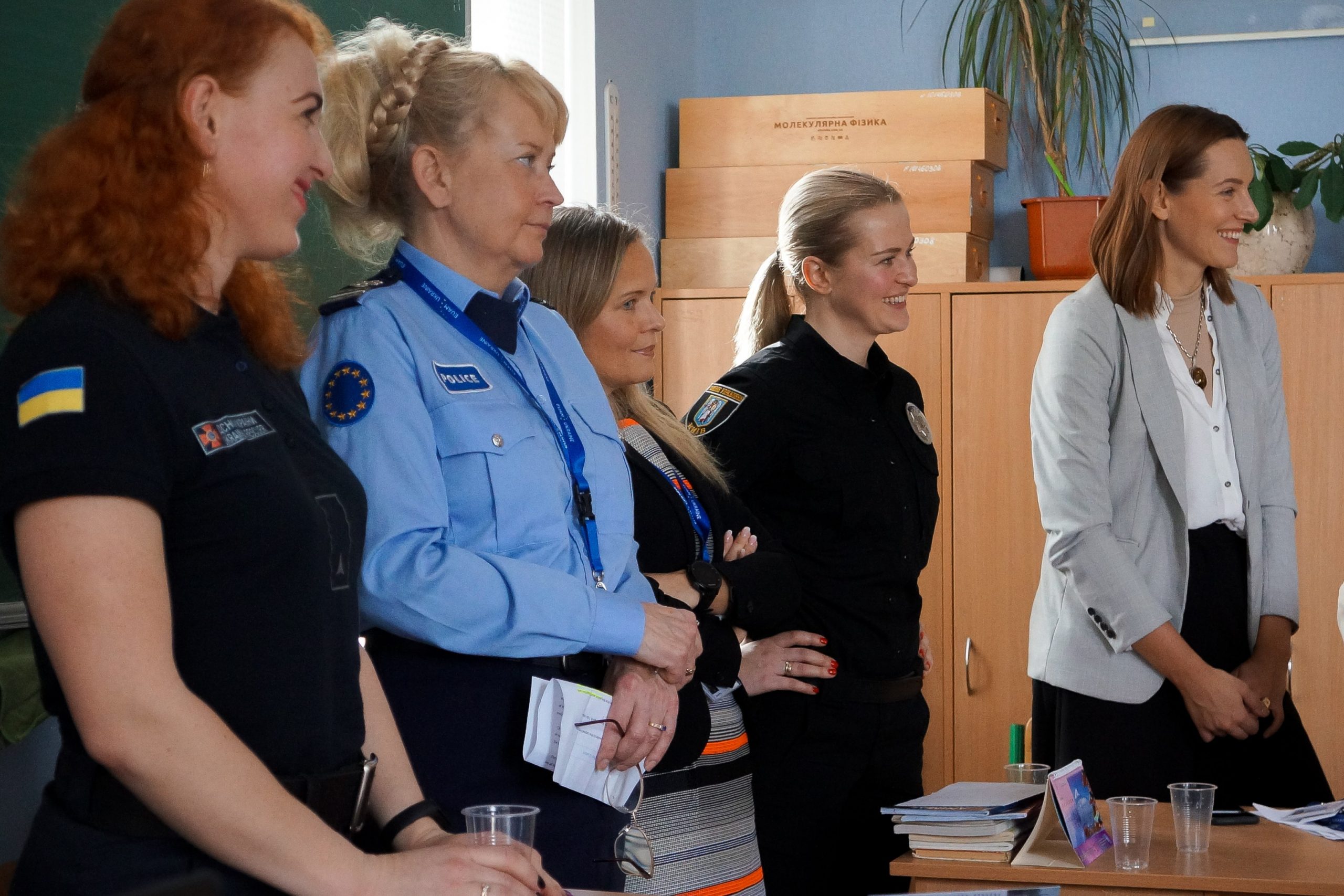 The mission expands its range of support activities from purely strategic advice, to training programmes and projects. The first field offices are opened in Kharkiv and Lviv.

January 2017: Initiating the merger of the National Police of Ukraine (NPU) operatives and investigators under one chain of command 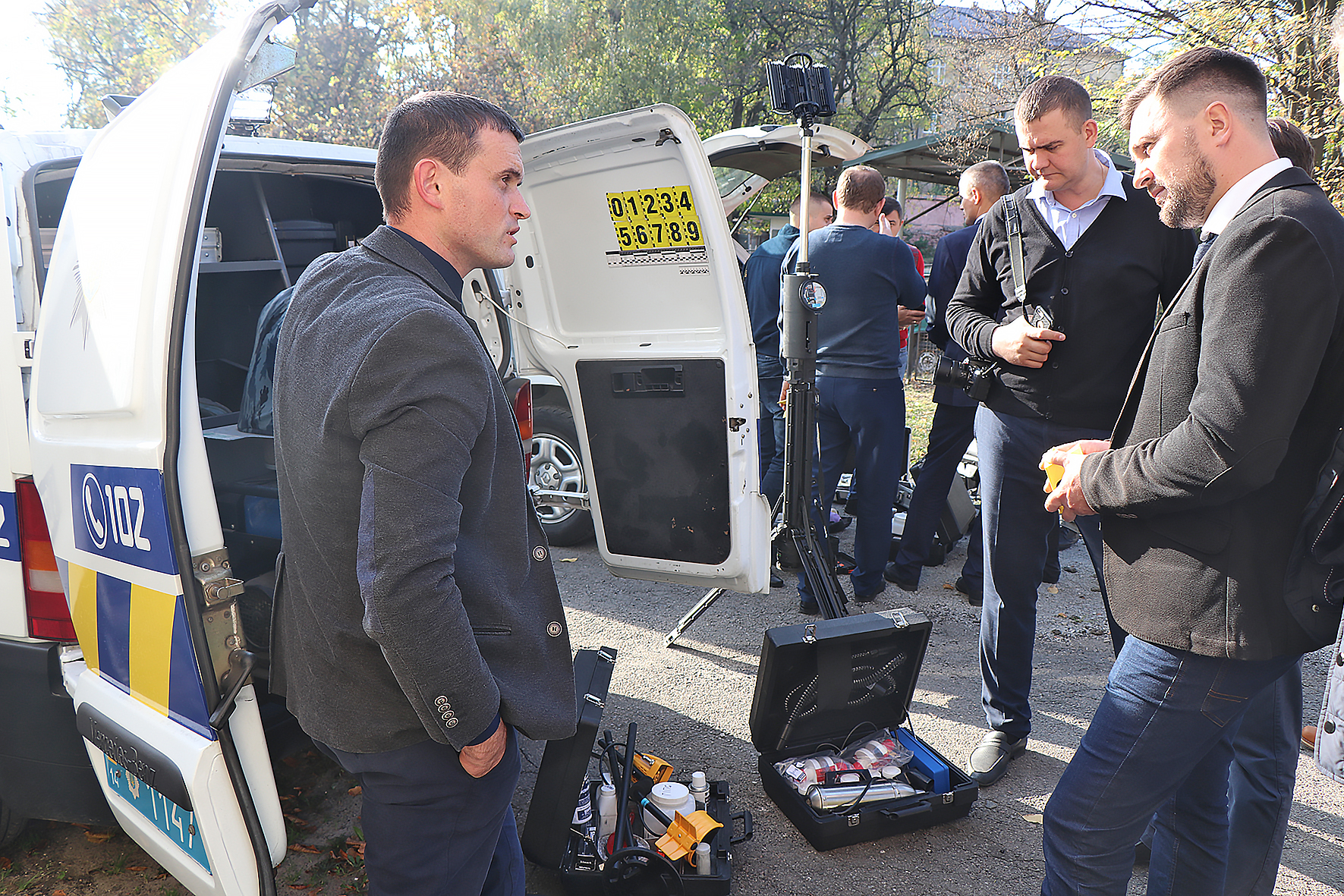 In 8 police hub stations in 8 regions, EUAM pilots the merger of territorial bodies of NPU. To support this implementation, the Mission donates forensic and IT equipment worth EUR 300,000. 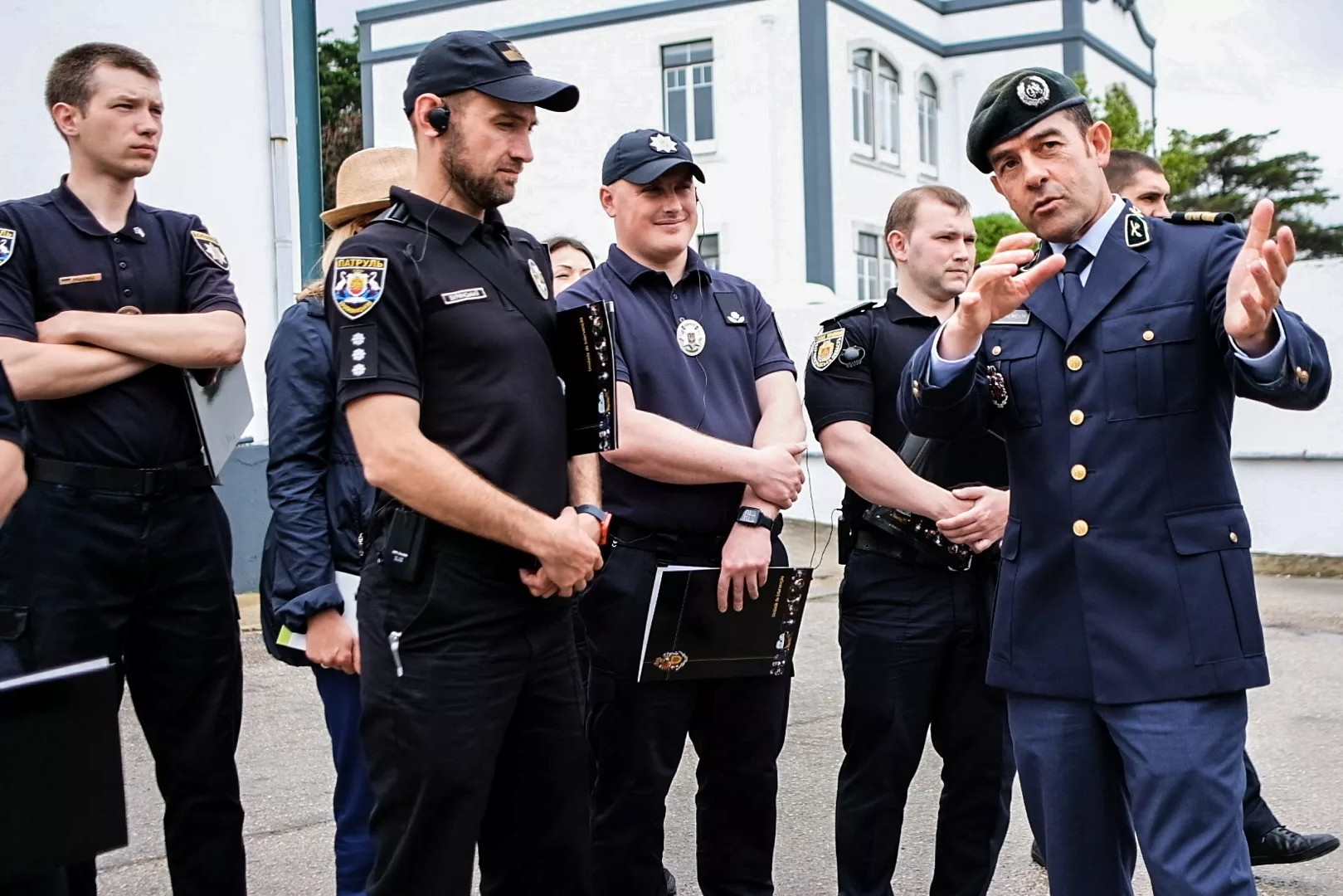 EUAM helps MoIA to design its Strategy 2020 (adopted in November 2017) and its Action Plan (adopted in August 2019) based on evidence, proper impact evaluation, monitoring and preparatory work.

EUAM also supports the creation and operationalisation of MoIA Service Centres. These Service Centres now provide more timely and efficient services to the population, from judicial records to driving licences, across Ukraine. 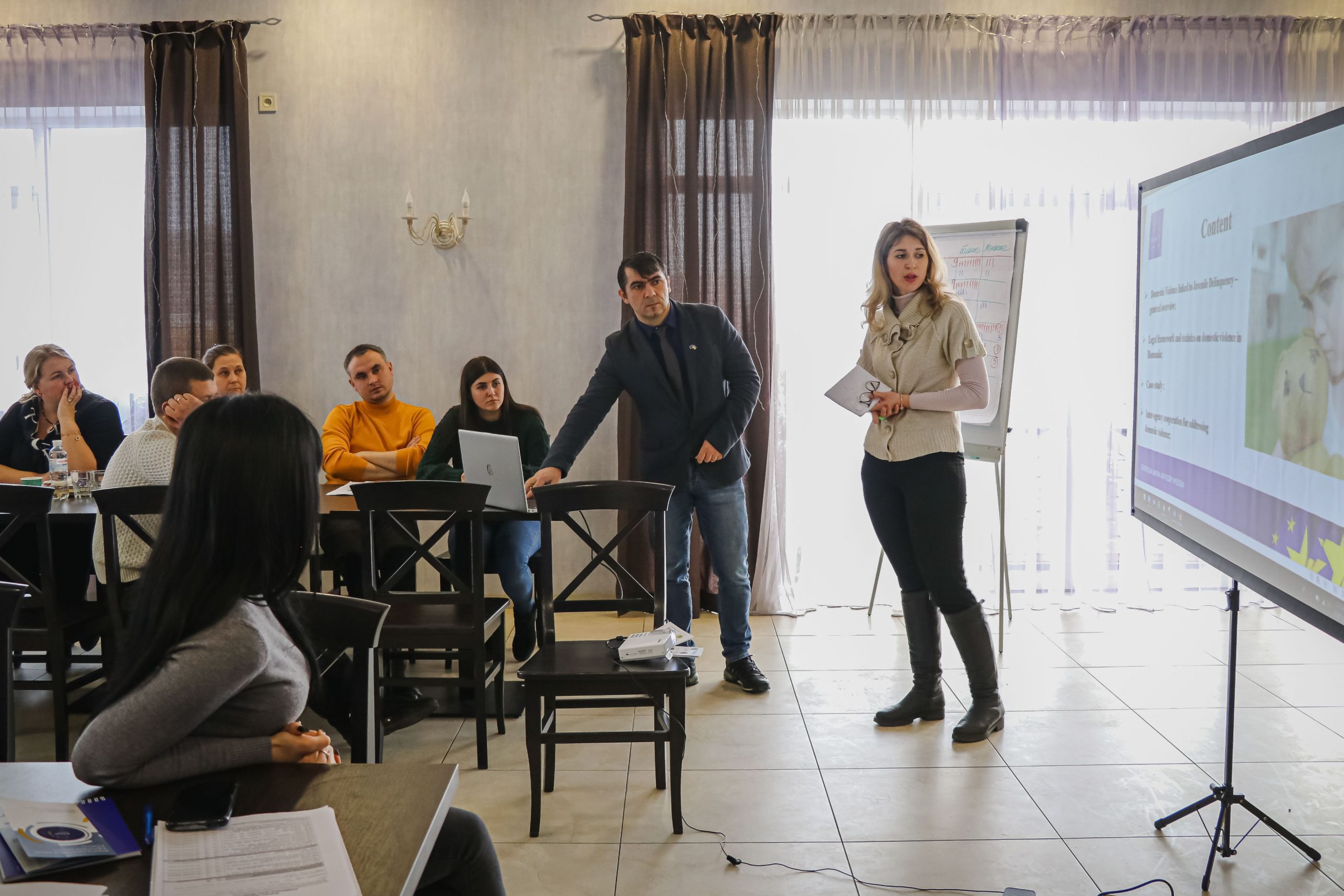 On the new law on domestic violence, the Mission gives advice and builds capacity for police, prosecutors and judges to be able to apply the new legislation. Today, with the training of 343 police officers, EUAM is MoIA and NPU’s biggest partner in the field of preventing and combating domestic violence. 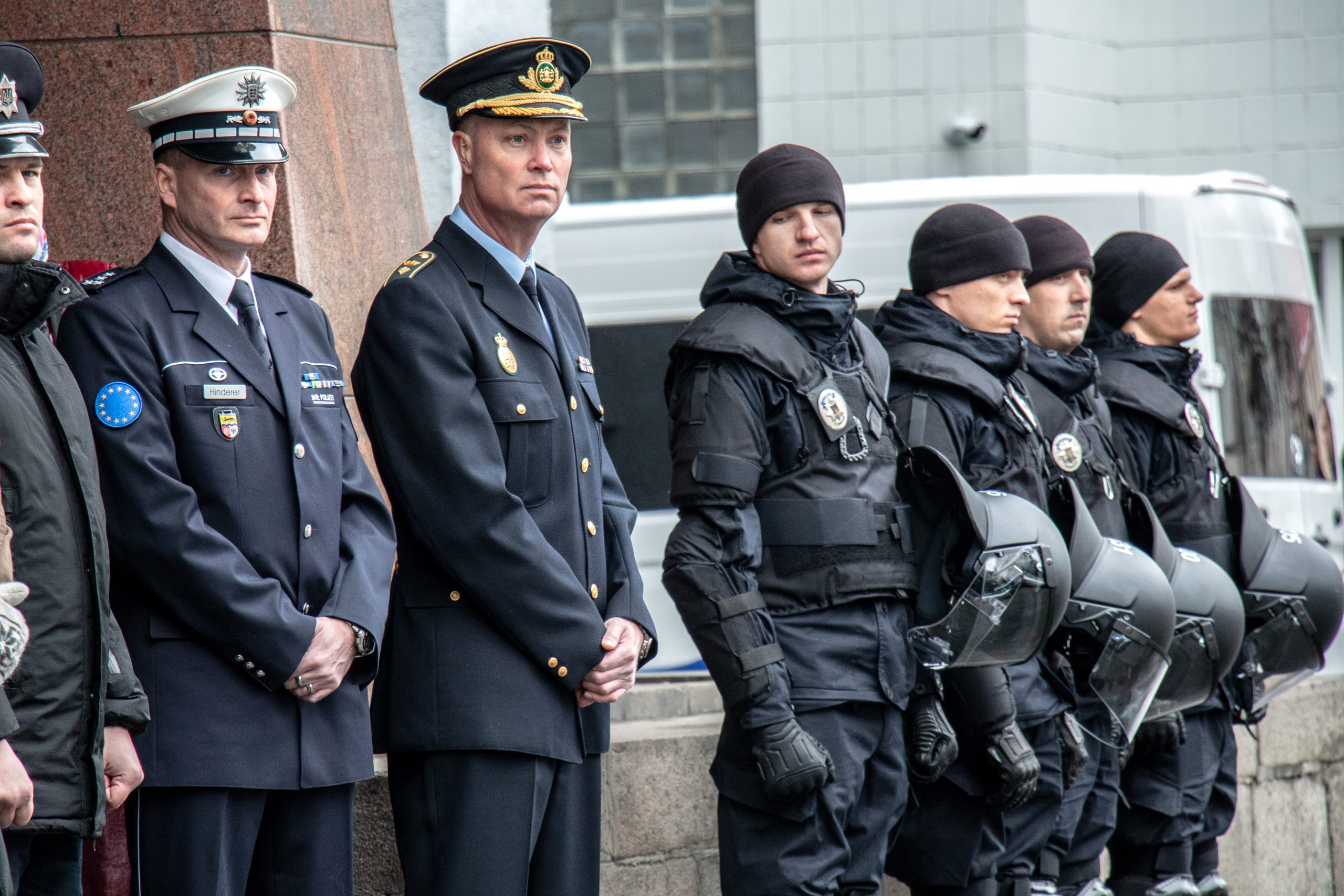 The Law on National Security is a core piece of legislation that will shape Ukraine’s entire security sector. EUAM advisors worked closely with international partners in drafting the legislation. 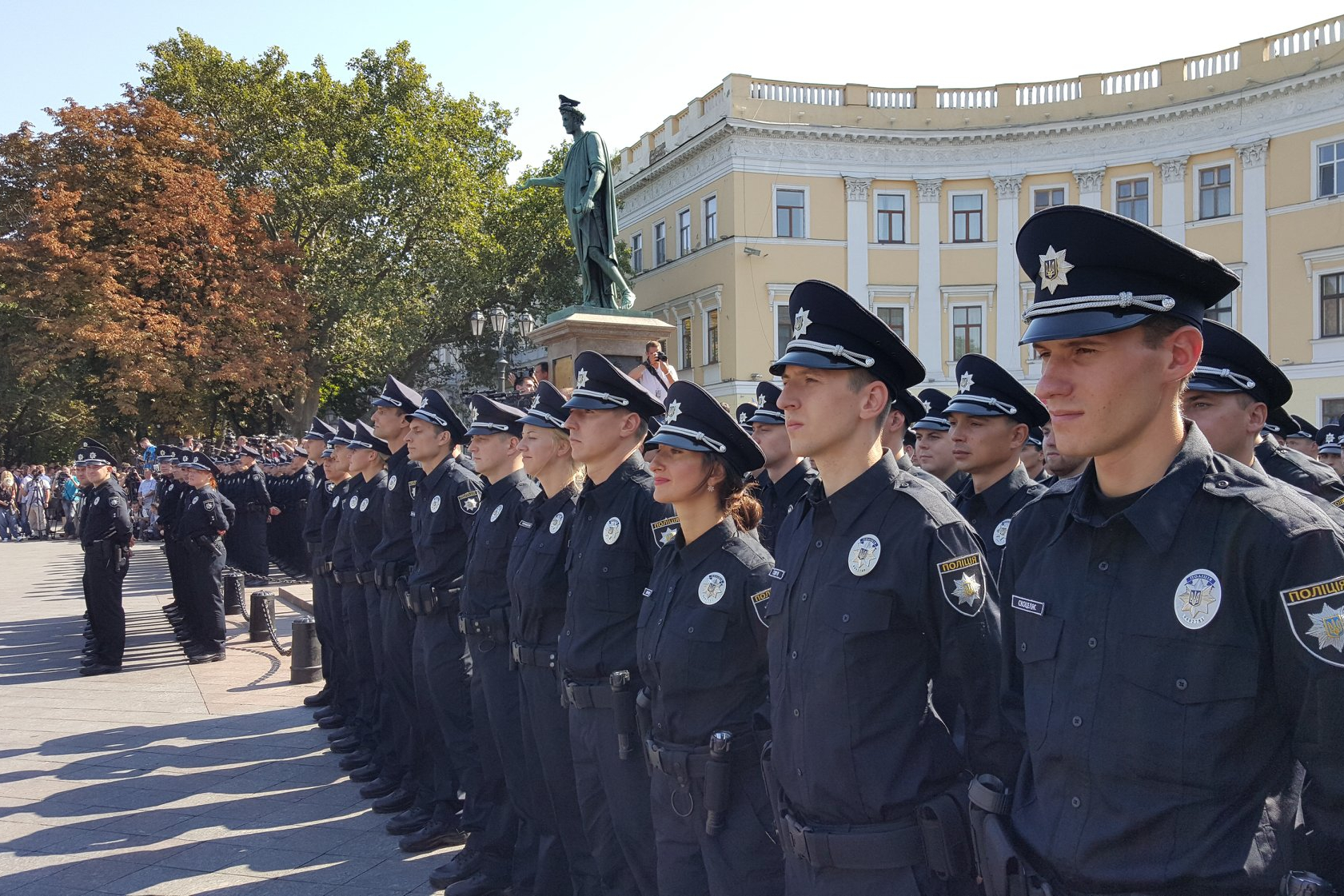 After Kharkiv and Lviv, EUAM creates an additional field office in Odesa region, the largest oblast in the country. 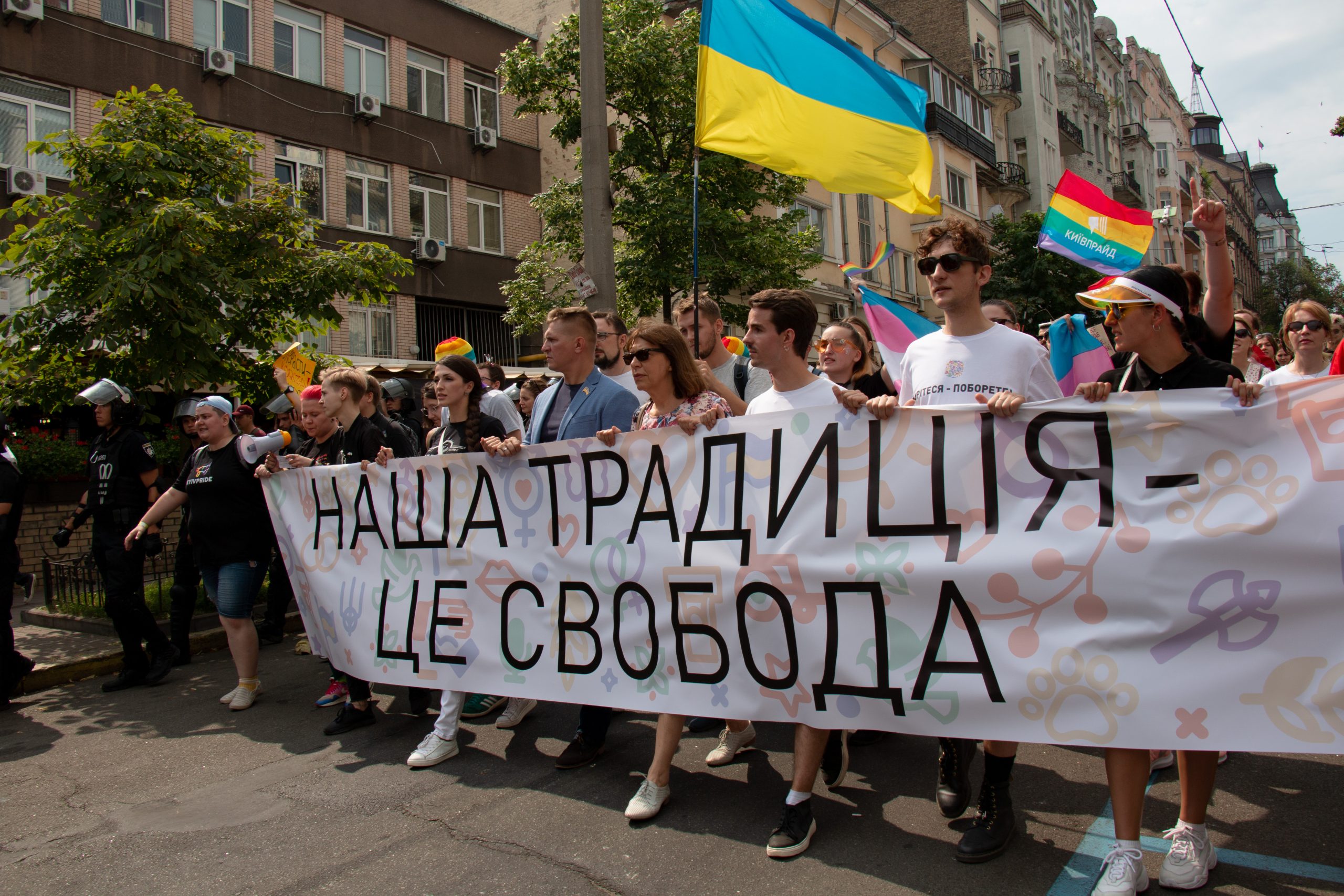 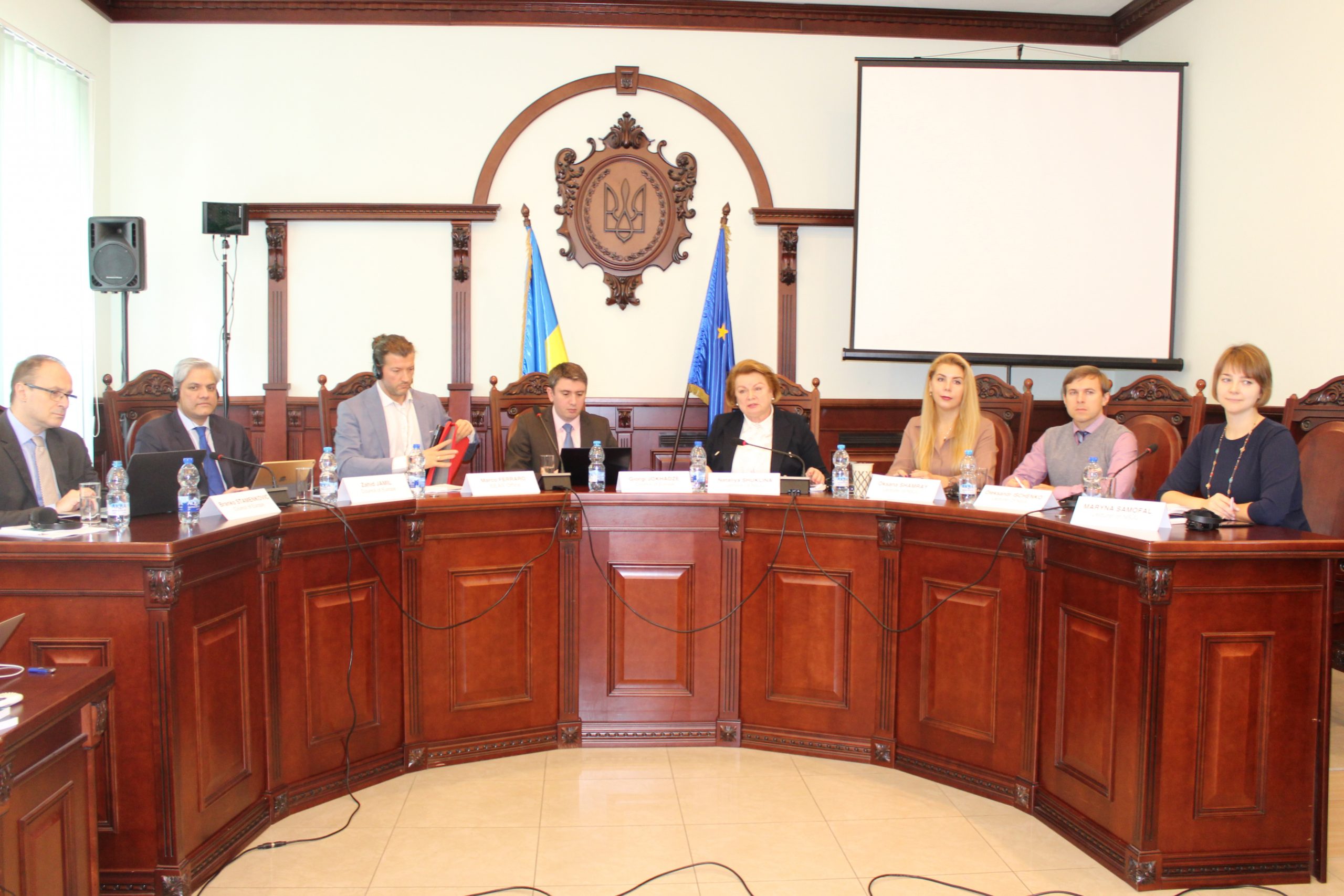 EUAM supports and advises on the new law on prosecution adopted in September 2019. To anticipate the implementation of this reform, the Mission pilots the Prosecutors’ performance evaluation system in the courts of Lviv, Kharkiv and Odesa. The Mission also plans to provide its expertise for the new training centre for prosecutors that will be established by the new law.

March 2020: Inauguration of a reform incubator in Odesa 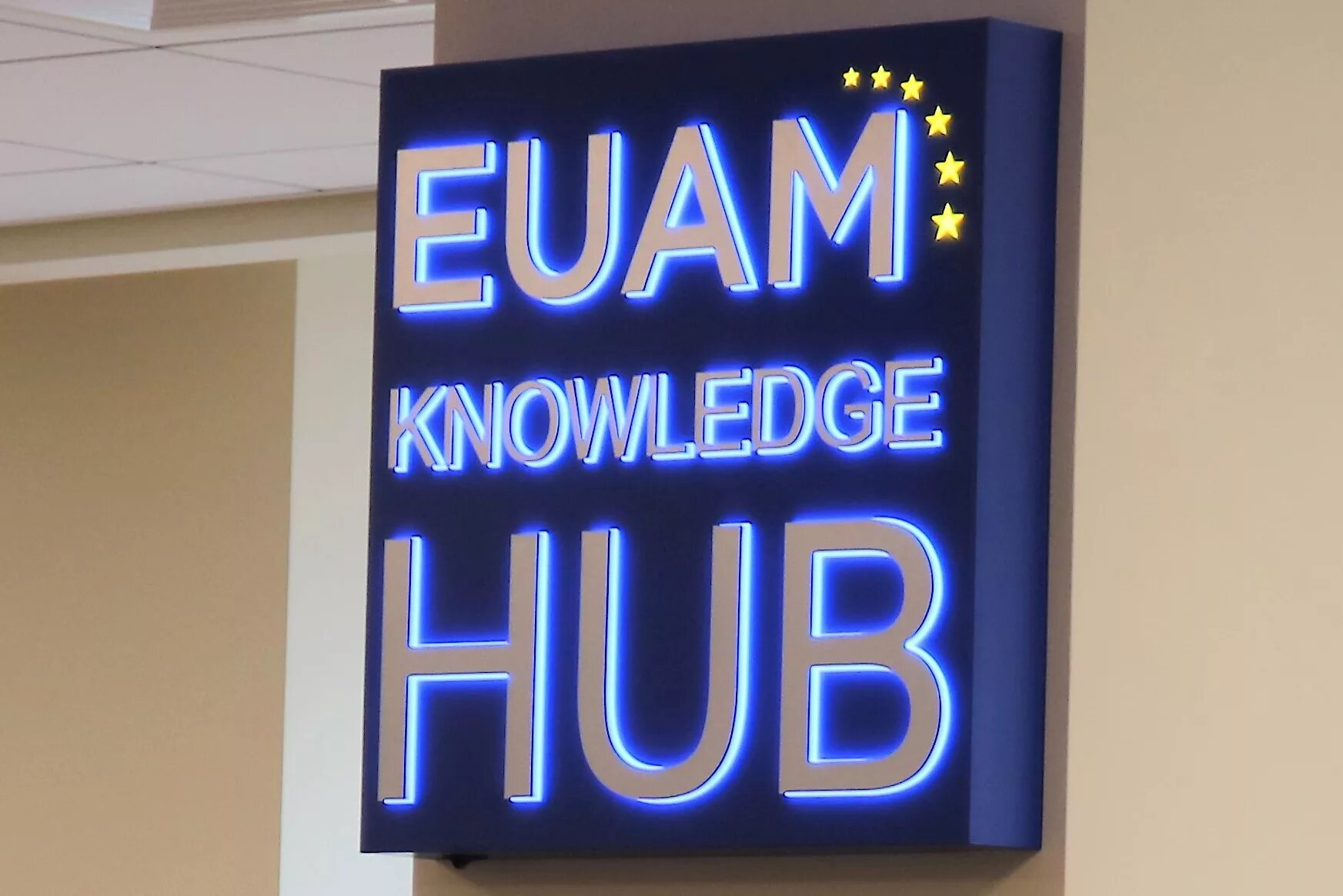 EUAM launches its first “Knowledge Hub”: a space in the Mission’s premises dedicated to creating a dialogue between reform stakeholders. Through training, seminars and conferences, the local authorities, law enforcement and civil society can now meet in this new space to exchange ideas on reform, build trust, and help improve their coordination. 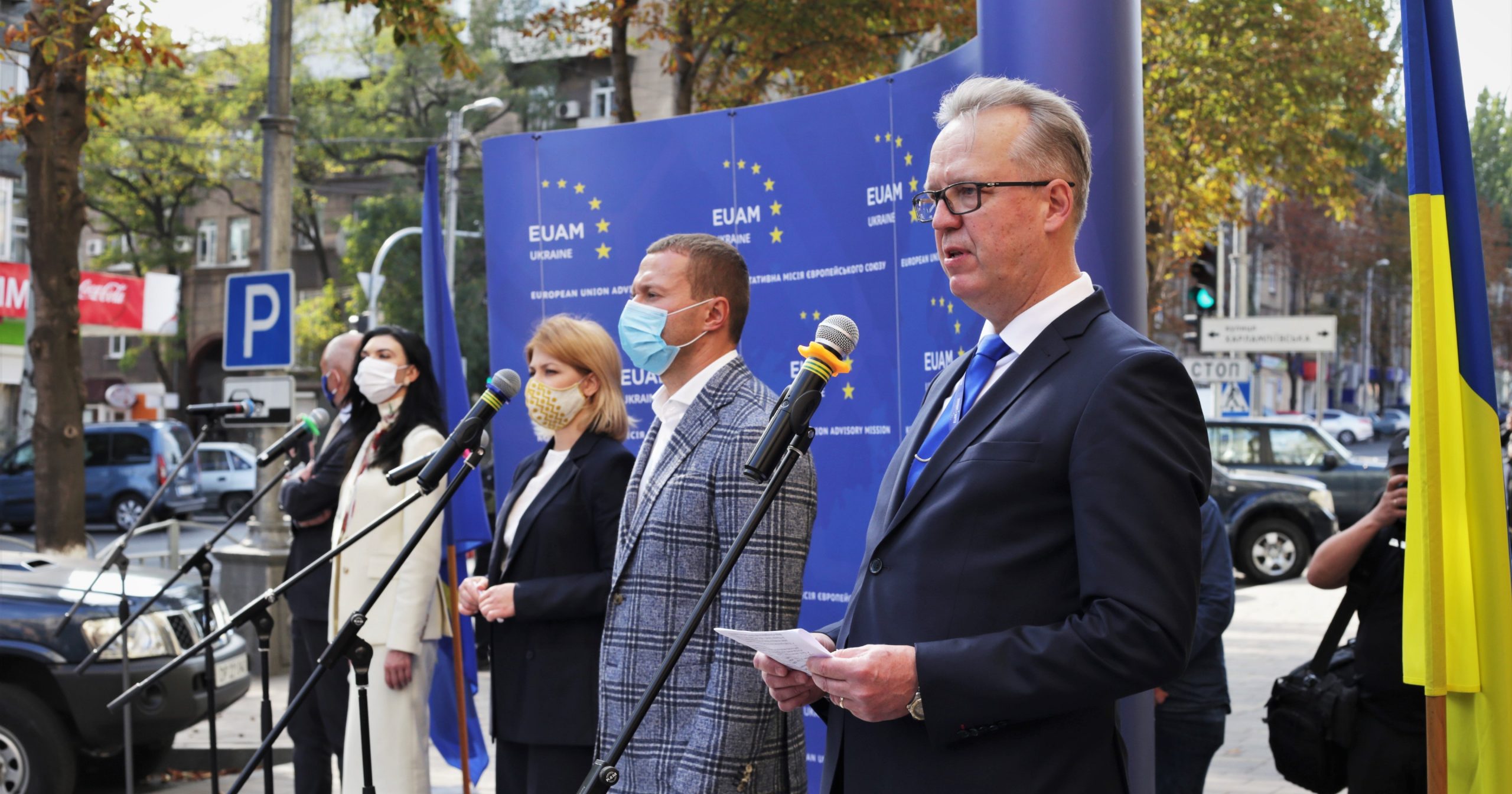 The Mission decides to establish a fourth field office in Donetsk region, an oblast where some areas are not currently under government control as a result of the ongoing military conflict.

September 2020: Rada adopts the Law on Intelligence that establishes parliamentary oversight over security and intelligence services The new law establishes a legal framework for effective parliamentary oversight over Ukrainian intelligence and security services. This is an important step toward ensuring the services work with greater accountability and transparency – a cornerstone of civilian and democratic governance of this sector and in line with EU principles.

January 2021: EUAM supports the reform of the Prosecution Service The Mission has advised and supported the Prosecutor General Office on a root-and-branch re-evaluation of all the Prosecutors in the country, 12,000 people on all hierarchy levels. It involves integrity checks as well as legal knowledge and general aptitude tests. Overall, this prosecutorial reform aims to increase integrity but also reduce the total number of Prosecutors to less than 10,000, in line with the European average of the number of prosecutors in relation to the total population. 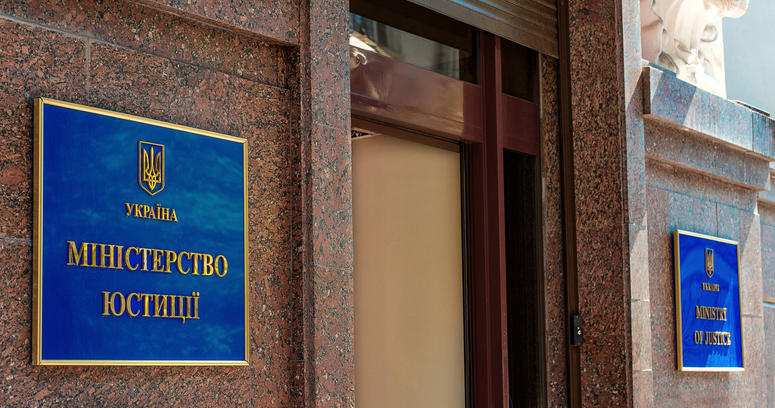 EUAM has played a significant role in advising the Ministry of Justice to ensure that the 2021-2023 NHRS was in line with European standards and its objectives were relevant, realistic and accountable. The Strategy and the corresponding Action Plan are decisive steps in guiding all spheres of Ukrainian society in human rights and gender. It is also highly relevant for implementing the provisions and goals outlined in the EU-Ukraine Association Agreement. 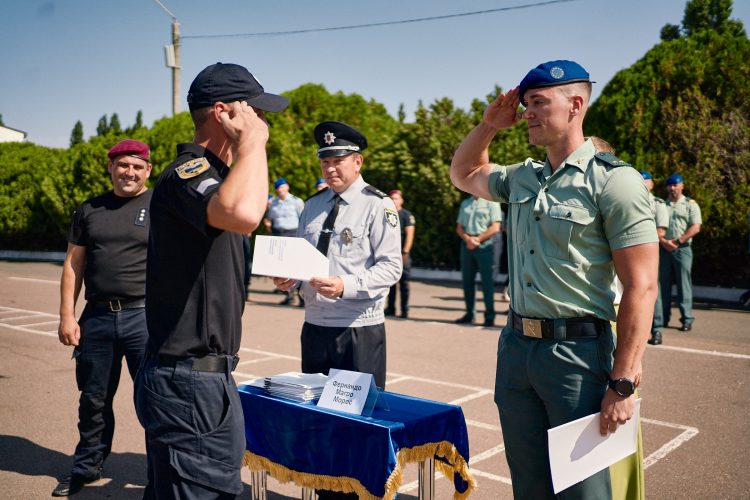 EUAM deployed two Specialized Teams to train 600 officers from the Special Police Units in how to deal with mass events according to the best European practices. The training, conducted in Odesa, Kharkiv and Dnipro, focused on the sustainability of the Public Order Concept approved by the Ministry of Internal Affairs of Ukraine in 2018, for maintaining public order and security during public events.

Russia invaded Ukraine in a major escalation of the conflict that began in 2014. The invasion caused Europe’s fastest-growing refugee crisis since World War II, with more than 7.4 million Ukrainians fleeing the country and a third of the population displaced. Four days after the invasion of Russia, Ukraine officially applies to become a member of the EU.

June 2022: The Ukrainian parliament ratified the Istanbul Convention on violence against women

The Parliament ratified the Istanbul Convention, the most far-reaching international treaty on gender-based and domestic violence, by adopting draft law No. 0157. The ratification in Ukraine of this human rights treaty of the Council of Europe sets the minimum standards for preventing, protecting, and prosecuting the cases in Ukraine.

Ukraine has already reached a lot on this path already implementing up to 70 percent of the EU acquis, which is the body of common rights and obligations that are binding on all EU countries, as EU Members.

Progress in Reform is licensed under a Creative Commons Attribution-Share Alike 4.0 License.