Over the past few years, the EU and its Member States have put in place a new set of measures and tools to optimise its diplomatic, humanitarian and development contribution globally. All such activity is coordinated by the EU’s External Action Service in Brussels, Belgium. The EU’s civilian and military missions, of which there are 18 in total, is one of the main EU instruments to address and contribute to global peace and security. 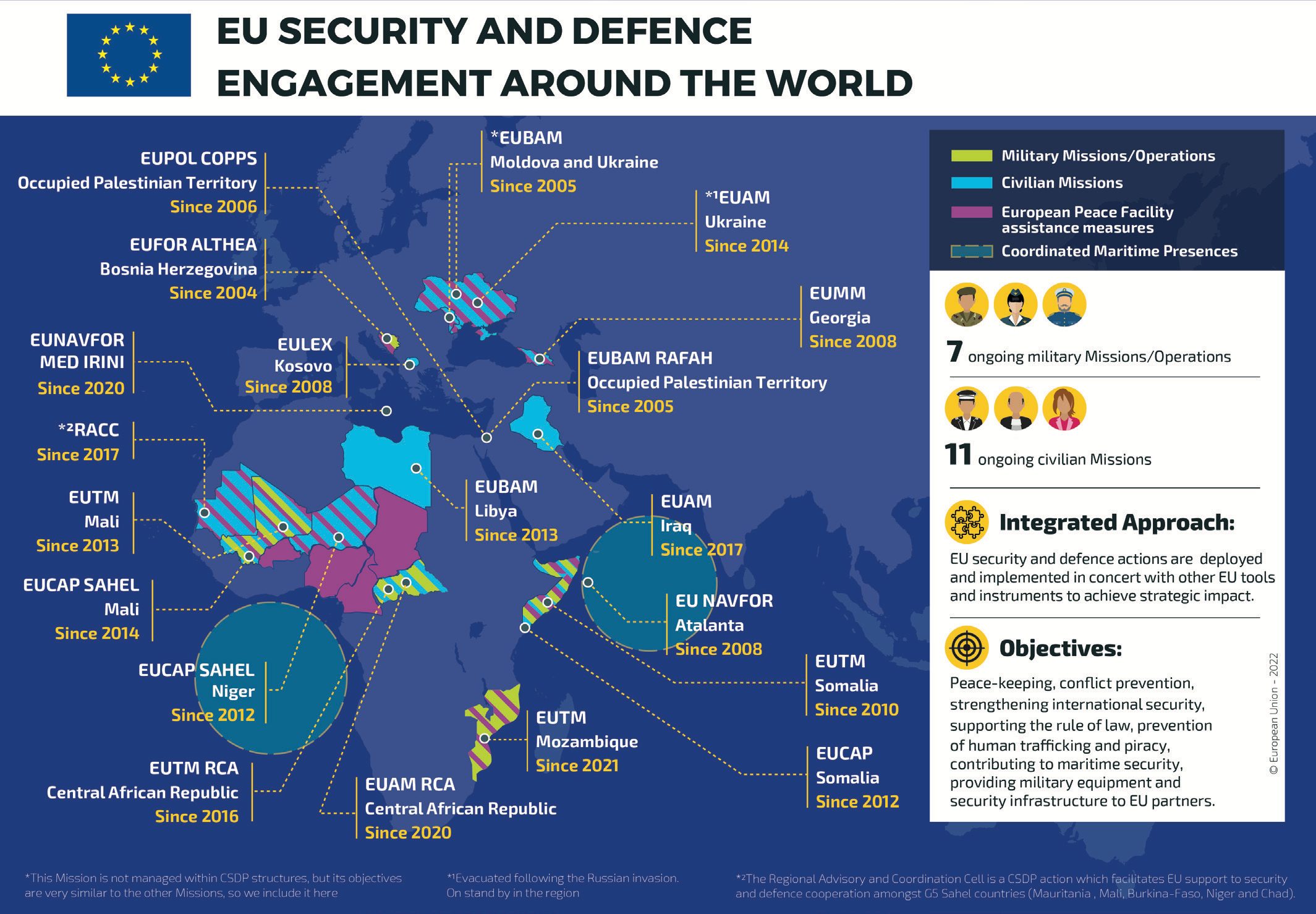 Since 1999, the EU has carried out Common Security and Defence Policy’s (CSDP) missions and operations on land and sea to assist in creating a safe and secure environment, fighting pirates or disrupting networks of traffickers, or working with rule of law institutions to enhance democratic systems of justice. EUAM Ukraine, for instance, supports Ukraine’s civilian security sector institutions to reform the country’s law-enforcement and rule of law processes. The Civilian Planning and Conduct Capability (CPCC) serves as the common operational headquarters for the EU’s 11 civilian CSDP missions.