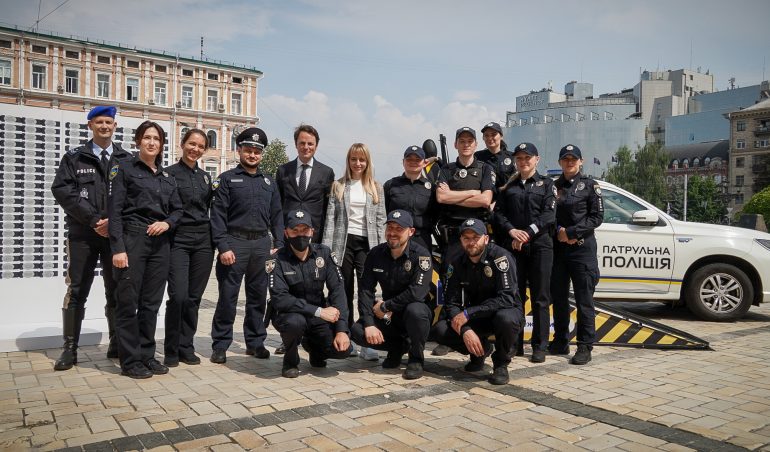 28 May 2021, Kyiv—Last Friday, during an official press conference, the National Police of Ukraine and the European Union Advisory Mission Ukraine (EUAM Ukraine) presented the results of the ‘Buckle Up-Don’t Get Terrified’ road traffic safety campaign and the final part of the project —the ‘(Un)Buckled Lives’ interactive installation artwork. It aims to remind Ukrainians how many lives can be saved each year if everyone makes it their habit to buckle up.

The installation artwork consists of 850 buckled seat belts. According to the Centre for Democracy and Rule of Law, the campaign’s media partner, this is an estimated number of people who could have survived fatal car accidents last year if everyone had buckled up. Each of the installation artwork’s buckles shows a fact about the seat belt use in Ukraine, which was insufficient as of the end of 2020, or a reminder about the consequences a road accident may have for an unbuckled back-seat passenger. Scraping off the text layer reveals a promise to always buckle up in a car, which anyone can sign with their name symbolically promising themselves to make their safety a habit. The installation of artwork was on display at Sofiiska Square until the evening of 30 May. 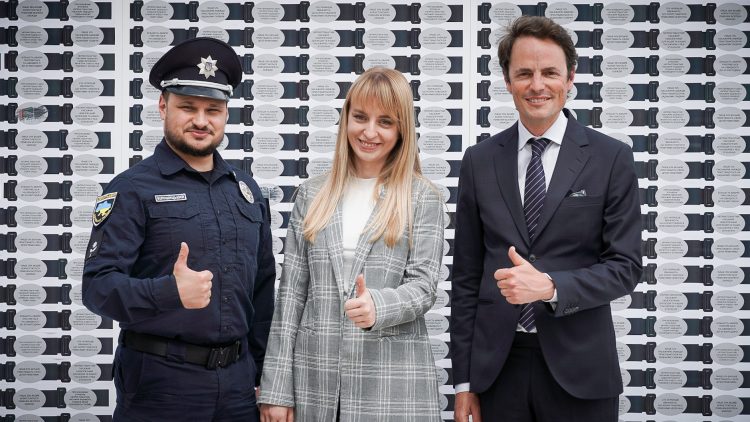 ‘It is not just an installation artwork but a true manifest we want to use to change the road situation for the better. In 2020, more than 3,000 Ukrainians died in car accidents. However, at least 850 people could have survived if wearing a seat belt was a habit for everyone, regardless of where you are sitting in a car. We are grateful to our partners for joining forces to make Ukrainian roads safer. We want our installation artwork—the final campaign step—to turn a symbolic promise into saved lives in real life’ Oleksii Biloshytskyi, First Deputy Chief of the NPU Patrol Police, summed up.

The ‘Buckle Up—Don’t Get Terrified’ campaign launched in March and aimed to draw the public’s attention to the deaths and injuries, which could have been avoided if drivers and passengers had buckled up, and encourage Ukrainians to wear seat belts, regardless of their seating position. The project has reached over 10 million people in five regions of Ukraine in less than three months.

‘This awareness-raising campaign combined with increased police enforcement and responsibility for not wearing a seat belt is a well-proven European practice to improve road safety. We are glad to have created such an impactful joint project together with the National Police and our partners. According to the WHO, car accidents cost from 1 to 3% of annual GDP, depending on the country’s development level. Every person invests in their country’s economic development by wearing a seat belt. But the crucial thing is that it saves the most valuable resource of any nation—the lives of its citizens’ Fredrik Wesslau, Deputy Head of the European Union Advisory Mission Ukraine, commented. 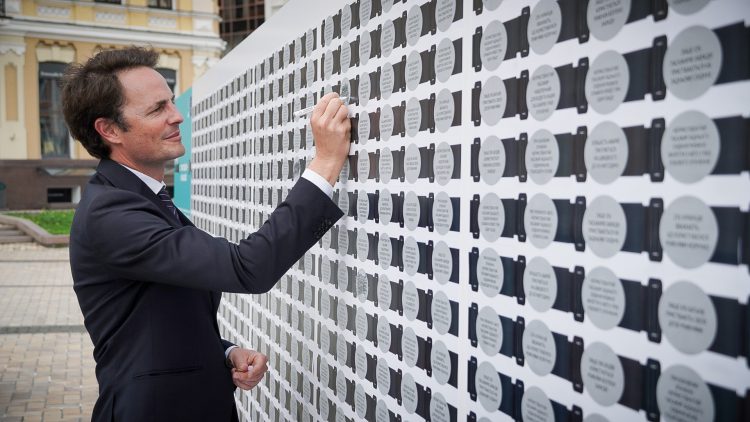 Numerous events in Kyiv, its suburban area, Odesa, Mariupol, Lviv, and Kharkiv aimed to remind Ukrainians about road safety. People were testing the potential of seat belts during a collision using special simulators in the demo zones that were open to the public in popular city locations on spring weekends. At the same time, police officers consulted drivers on the roads and in the parking lots at large shopping malls. They also held special classes for pupils at schools. In total, over 15,000 people tested simulators. The campaign also has reached 23,000 children aged 8 to 16. Thanks to the active digital support, the website with information and educational materials as well as videos and publications on social media got 9 million views in total. 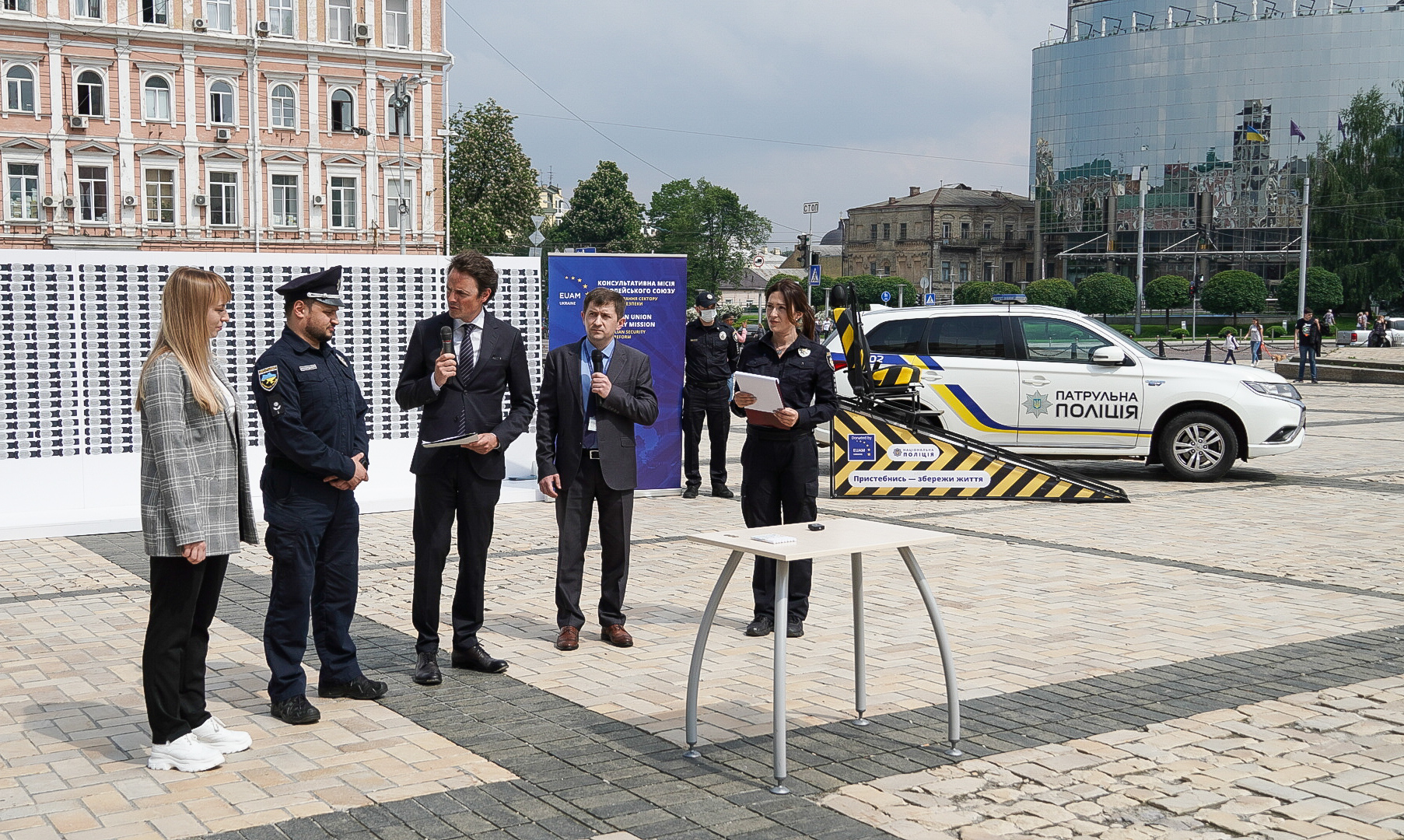 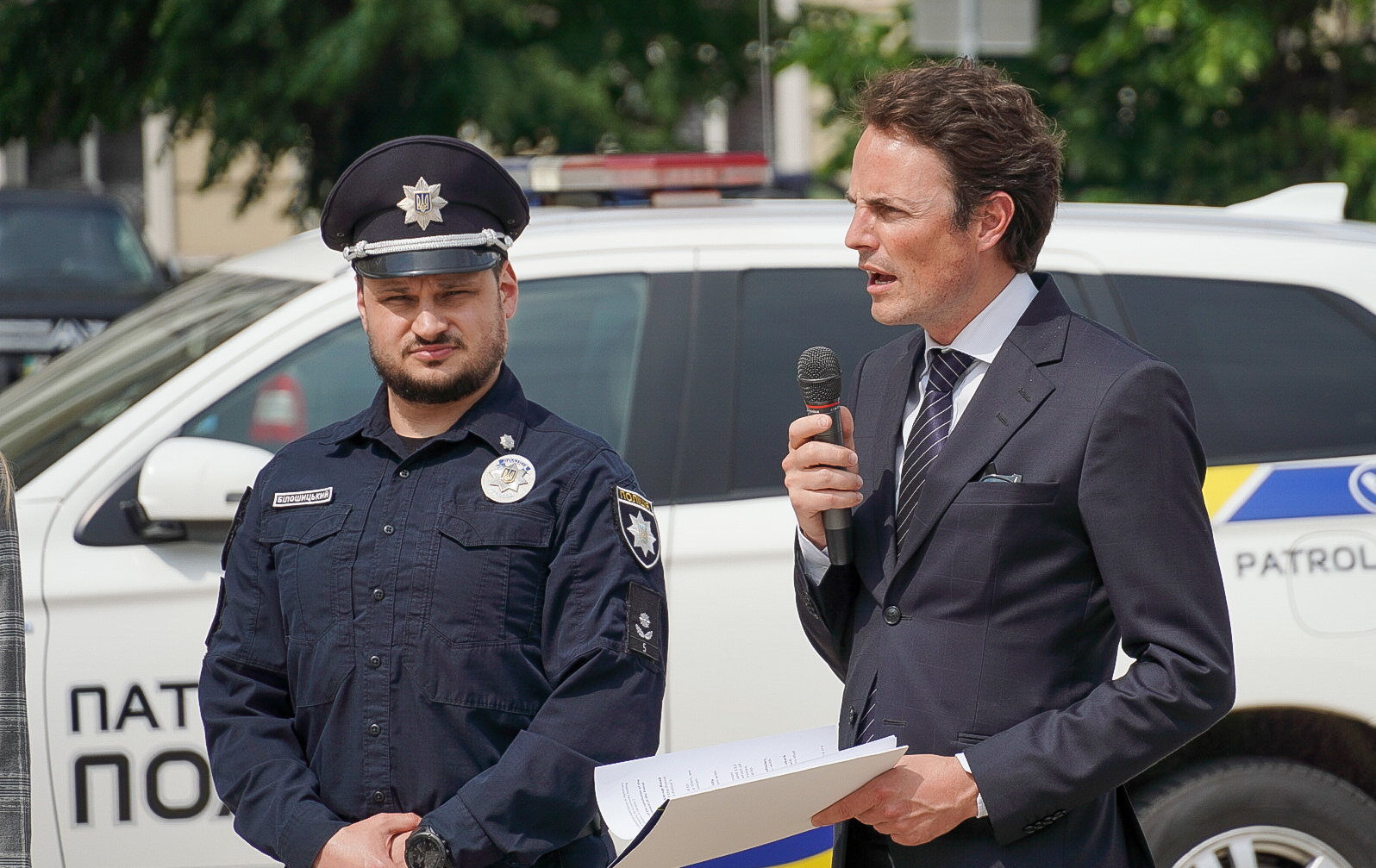 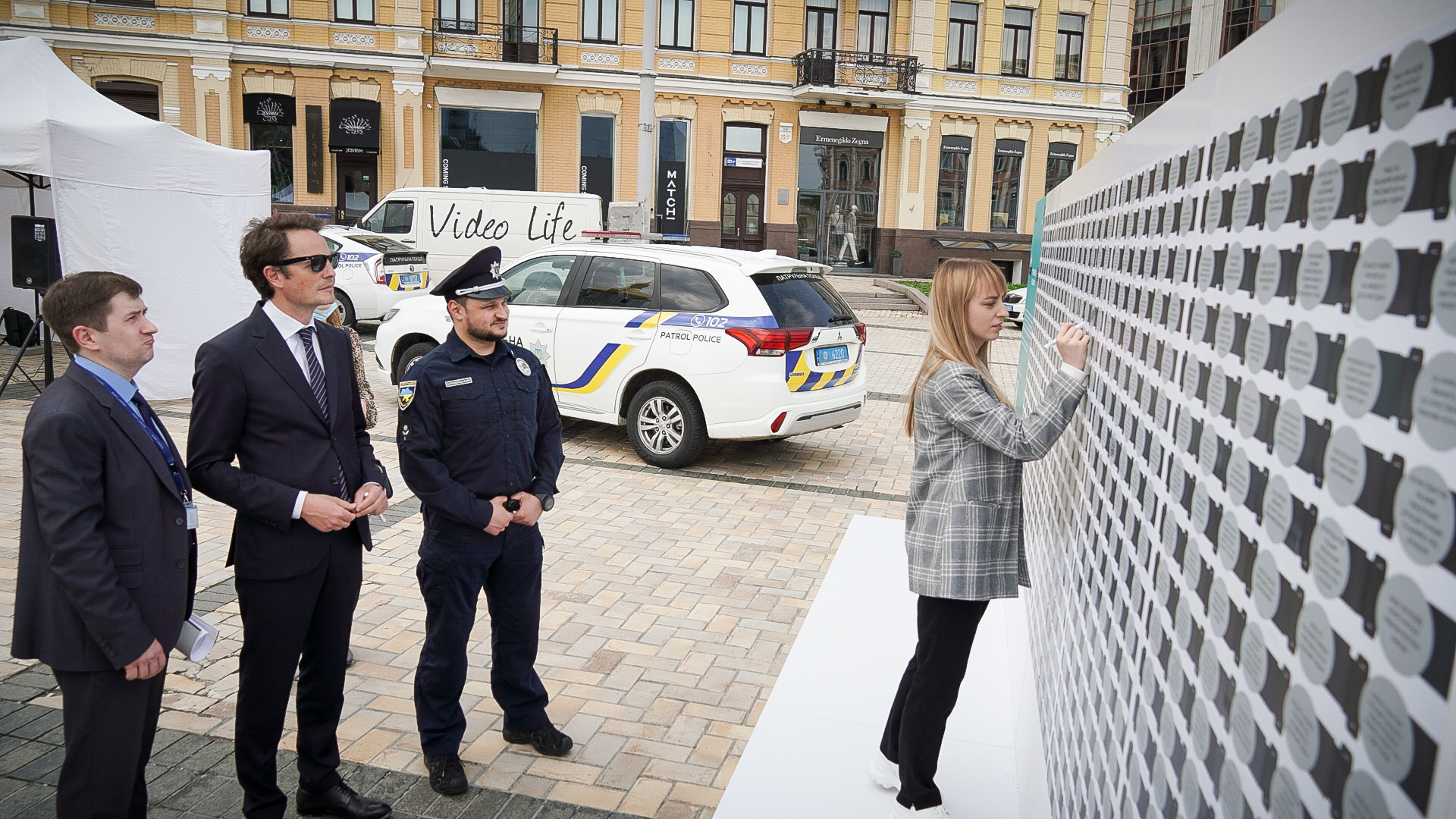 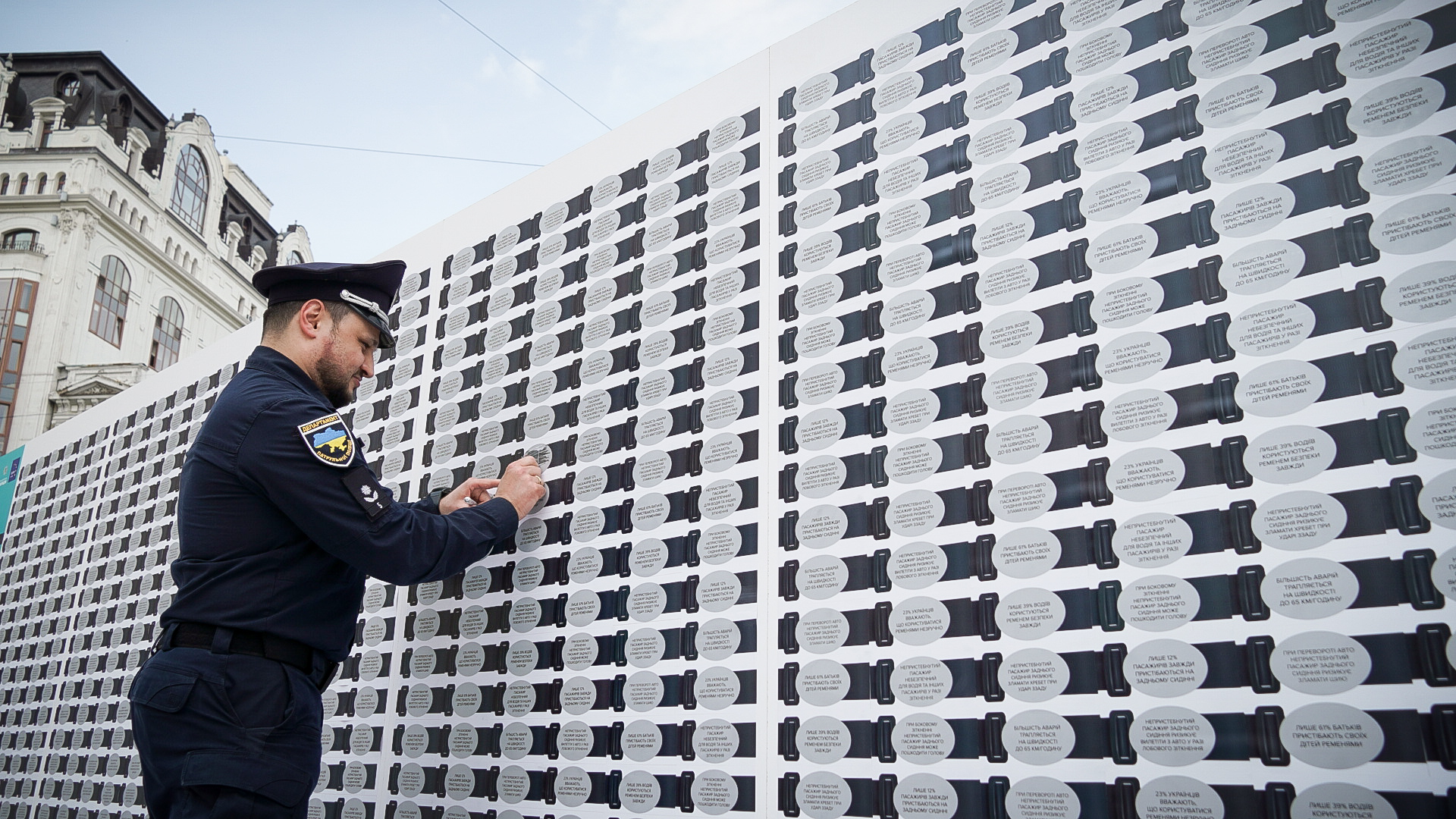 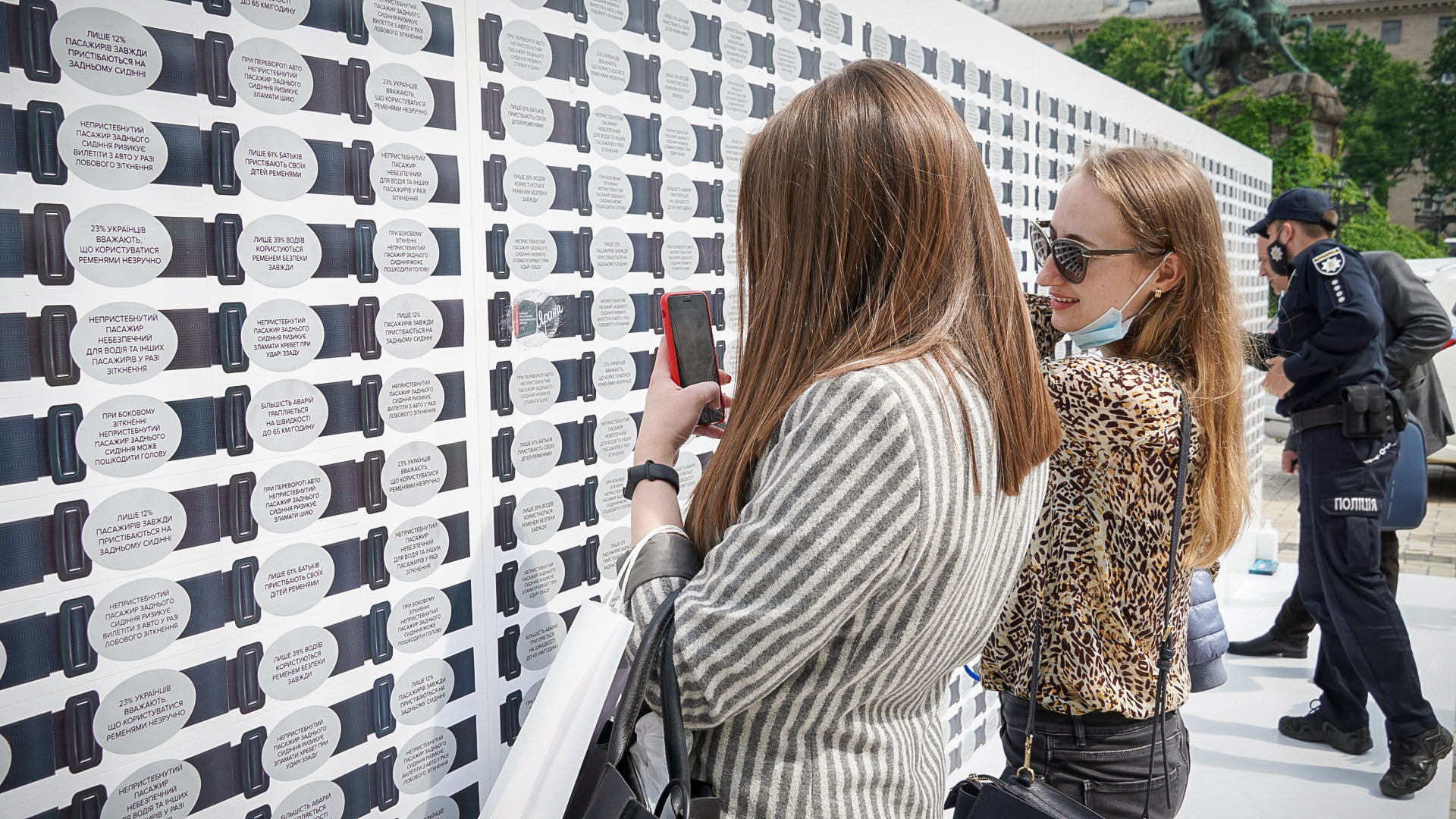 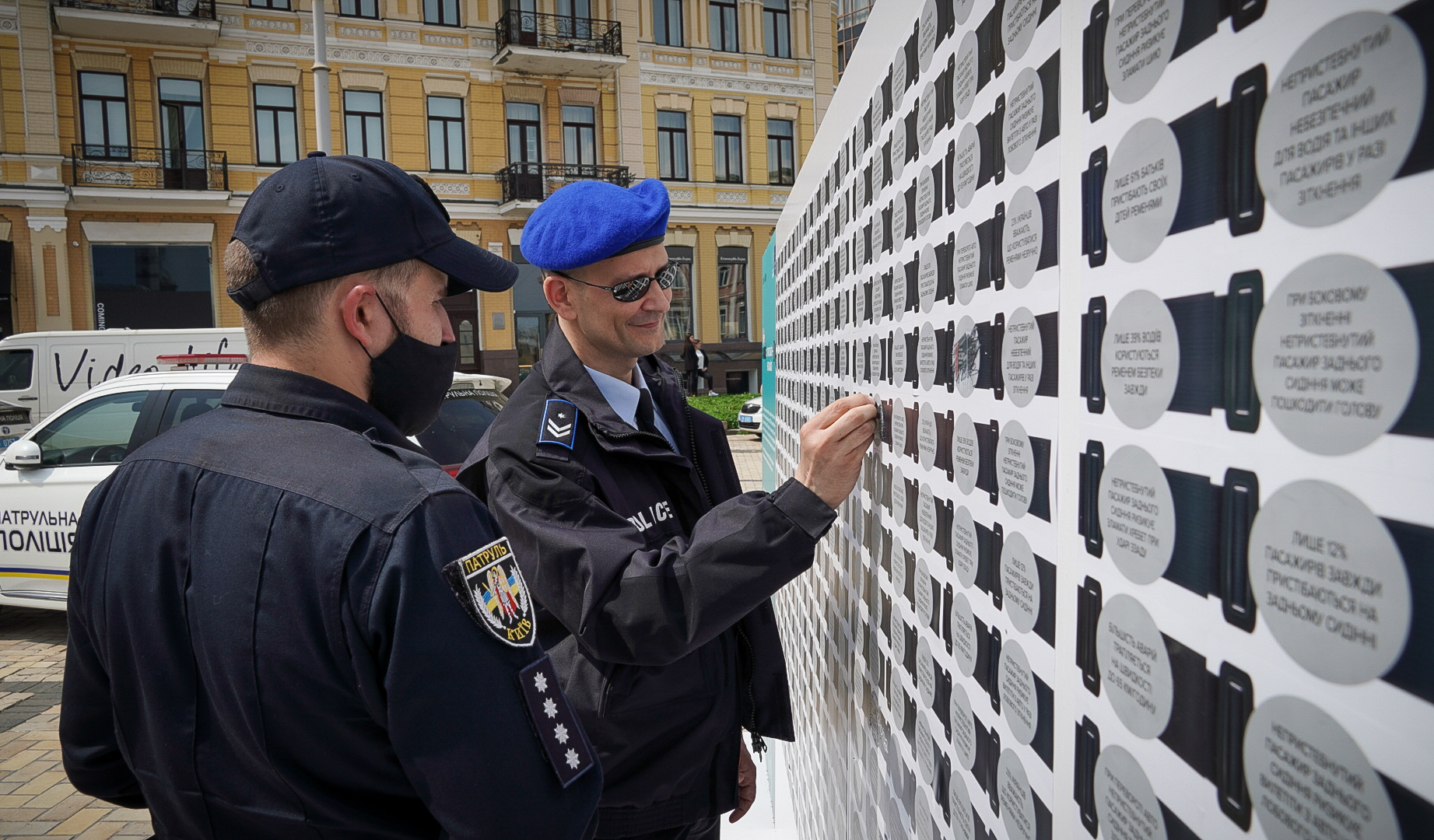 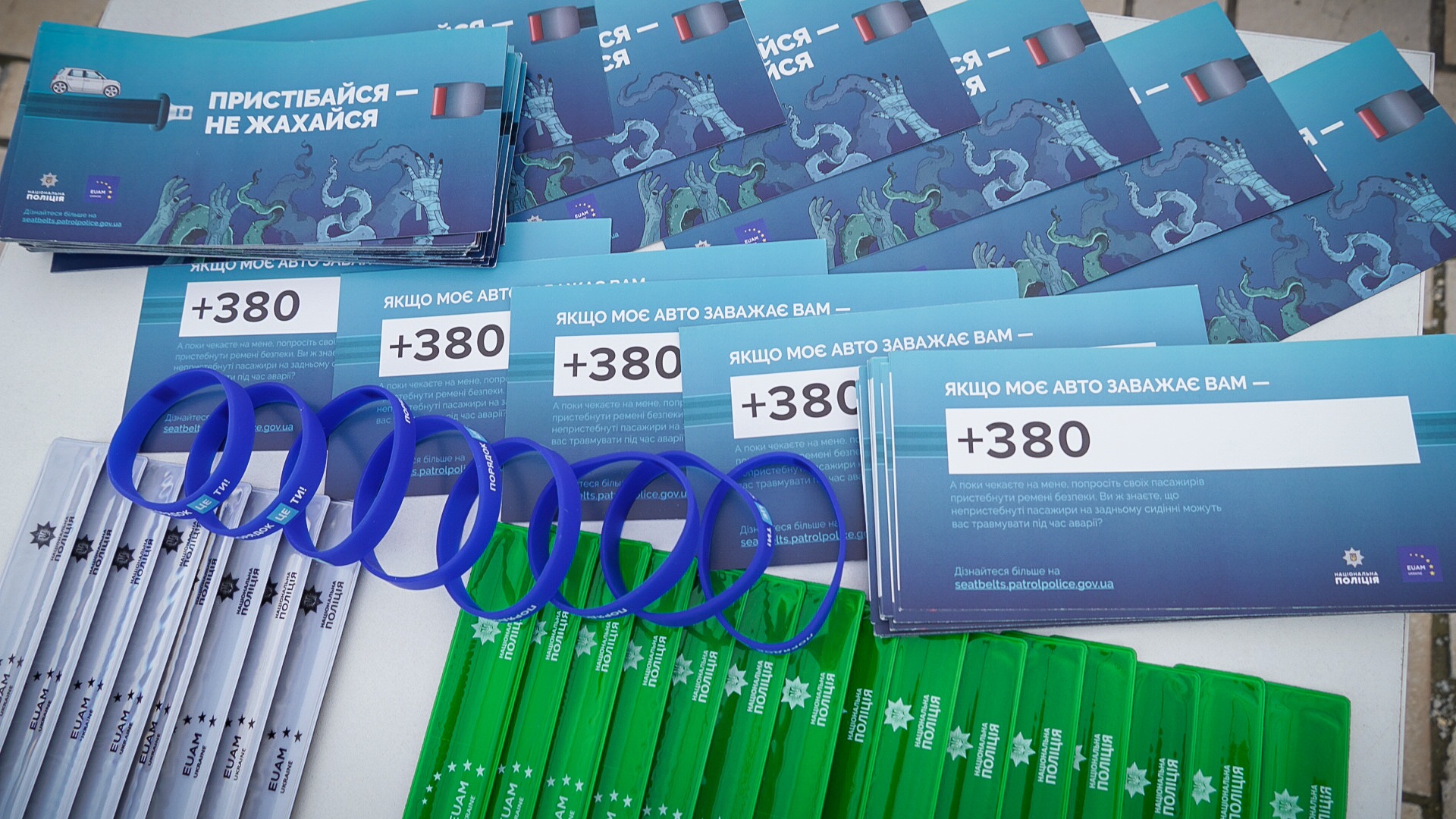 Several partners throughout Ukraine supported the campaign. The Centre for Democracy and Rule of Law and the Association of Responsible Transporters joined the project. The Uklon online ride-hailing service joined as well and became a partner of the ‘(Un)Buckled Lives’ installation artwork. The SOCAR and UPG petrol station networks supported the campaign in all cities, while the KLO petrol station network was the campaign’s partner in Kyiv and Kyiv Region. 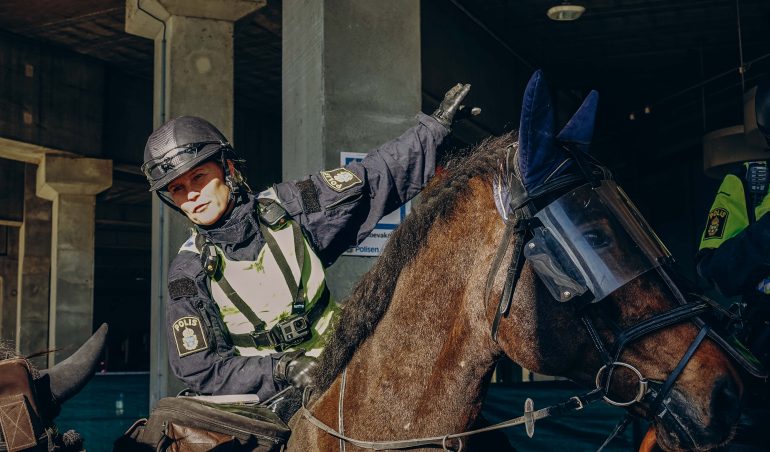 ‘(Un)Buckled Lives’: A symbolic installation artwork opens in downtown Kyiv to make Ukrainians promise to buckle up is licensed under a Creative Commons Attribution-Share Alike 4.0 License.