Maxim Potapovych from KyivPride expects ‘around 10,000 participants for the 2021 edition’

When he joined the KyivPride NGO, he was only 19 years old. Thanks to his background in advertising, Maxim Potapovych now creates content and social media for visibility for lesbians, gays, bisexuals, transgender people and other members of the LGBT+ community in Ukraine. The young activist agreed to participate in our #AgentsofChange series and answer a few questions on his commitment and on the organisation of the Equality march taking place this Saturday 19th September.

In 2019, an estimated 8,000 people joined the march in Kyiv. A national record for LGBT+ rights, made possible by the support of thousands of police officers. Because of the Covid-19 quarantine restrictions, the 2020 edition took place predominantly online. How to keep this event open to a maximum of people while ensuring everyone’s security and safety? Five days ahead of the event, Maxim Potapovych shares insight on the preparation of the event. 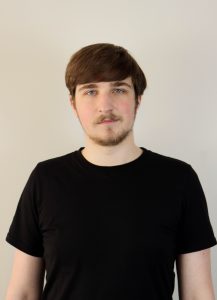 How did KyivPride and Equality marches start in Ukraine?

Maxim Potapovych: KyivPride started its activities four years ago now. The first Equality march took place in 2012, even though it was banned at the time. They cancelled the next edition because of the revolution. In 2015, the second Equality march was very short and happened in a tense climate. Eventually, in 2019, more than 8,000 people joined the Equality march.

With time, the NGO gained more and more visibility. Because of the COVID-19 pandemic, Pride was restricted to online events in 2020. In partnership with a communication agency, we first worked on an awareness campaign called ‘Mothers Will Understand and Accept’. With the help of a drone, we raised a gigantic rainbow flag right next to Motherland Monument, creating the illusion that she was waving the flag. It got massive coverage on traditional and social media. To this day, it is the most extensive LGBT+ operation that ever took place in Ukraine.

We also organised the ‘You Cannot Switch that Freedom’ campaign, with a poster displayed on the facade of the Gulliver building, the second tallest in Ukraine! Between 5 and 11 October (International Coming Out Day), it was supposed to show the rainbow flag with our 2020 slogan: ‘Be Different is Great Together’. Unfortunately, on the fourth day of the campaign, radical groups came to Gulliver and asked the administration to take the rainbow advertisement down. We were furious so we immediately turned to the building of the Palace of Sports, right next to Gulliver, that we “switched on” with the rainbow colours again.

Only a few days before the Pride, what are the decisive steps on the organisation side?

MP: We are a small team of five staff in KyivPride, but we are all very motivated to organise the best Equality march possible. We also expect the support of approximately 100 volunteers. We also work with the Ministry of Health to organise awareness-raising events on HIV. Minister Viktor Liashko might also join the Pride. And who knows, maybe President Zelensky?

We started communicating with the National Police (NPU) months ago, to discuss security matters. First, we sent them an official letter. Then, we met with them three or four times to discuss the itinerary of the Pride march. Our dream would be to organise the parade on the central axis of Khreshchatyk, or at least in the city centre. But we are still not sure it will happen. In 2019, more than 5,000 police officers were protecting the march. We expect more for the 2021 edition.

What is your cooperation with law-enforcement agencies?

MP: For the last few years, we have organised information sessions about LGBT+ rights for the police. They are now more and more open to talk about it. We also created a dedicated brochure on how to work with transgender and intersex people.

The reputation of NPU is at stake. Ukrainian people still do not trust the police entirely. Still today, hate crimes are most of the time not registered, or only referred to as hooligan’s excesses. We also would like to support more the LGBT-identifying staff within the police. Last year, we designed an LGBT+ calendar, and a lesbian police officer accepted to be the cover for the month of April. Deepening our cooperation with the police is a slow process, but I am optimistic.

“In Ukraine, many people are still afraid to join peaceful assemblies and protests in the street” (Maxim Potapovych, KyivPride)

In general, what are the main challenges for organising this demonstration?

MP: Between the everchanging COVID-19 restrictions and the threats of radical groups, we face many challenges in organising such a big event. In May 2021, we already had problems with the ‘Tradition and Order’ (T&O) movement at a press conference in Kyiv for the release of a documentary called ‘Bud’mo, hey!’ on the LGBT+ military serving in the war in Donbas. Radicals came to the screening, broke the windows and threw tear gas and pyrotechnics in the building.

In Ukraine, many people are still afraid to join peaceful assemblies and protests in the street. But we are trying to sensitise the community on the safety of this type of event. Our main concern for this Pride event is, of course, the security of the participants. For that reason, access to the event will be even more restricted than two years ago. We will send individual invitations, and expect around 10,000 participants (with a minimum of 5,000).

What is behind your commitment to KyivPride?

MP: I am Ukrainian, I am gay, and I want to feel free in my own country because I love it so much. Before working for the NGO, I used to work in the advertisement sector. I decided to join KyivPride after the 2019 Equality march. For me, it is gratifying to work on communication projects for the LGBT+ cause. The media campaigns we organised last year received general applause and even some prizes.

I live with my partner, and we both want to feel safe in our own country. One day, we might hopefully be able to get married in Ukraine. I am glad Ukraine is getting closer to the European Union’s values and increasingly respecting LGBT+ rights. A few months ago, in the Verkhovna Rada, they adopted a new law 5488 to criminalise hate crimes. It is an outstanding bill to protect the groups discriminated against based on their skin colour, gender or sexual orientation. I feel very strongly committed to the fight for my civil rights. And I am hopeful that things will improve soon.

“Even despite quarantine measures and social distancing, we are standing together, united to build a powerful and European Ukraine” (Maxim Potapovych, KyivPride)

What is your message to people who want to support LGBT+ rights and bring change in Ukraine?

MP: The motto of the 2021 march is ‘Defending Equality, Shoulder to Shoulder’. We invite everyone to attend Pride on 19th September, which will take place in Kyiv to show that, even despite quarantine measures and social distancing, we are standing together, united to build a powerful and European Ukraine.

If you want to support the movement towards the European Union, you should also support LGBT+ rights, as LGBT+ people are amongst us. They can be your brother, your friend or your barista at the café. That is why we encourage everyone to join this Equality march. 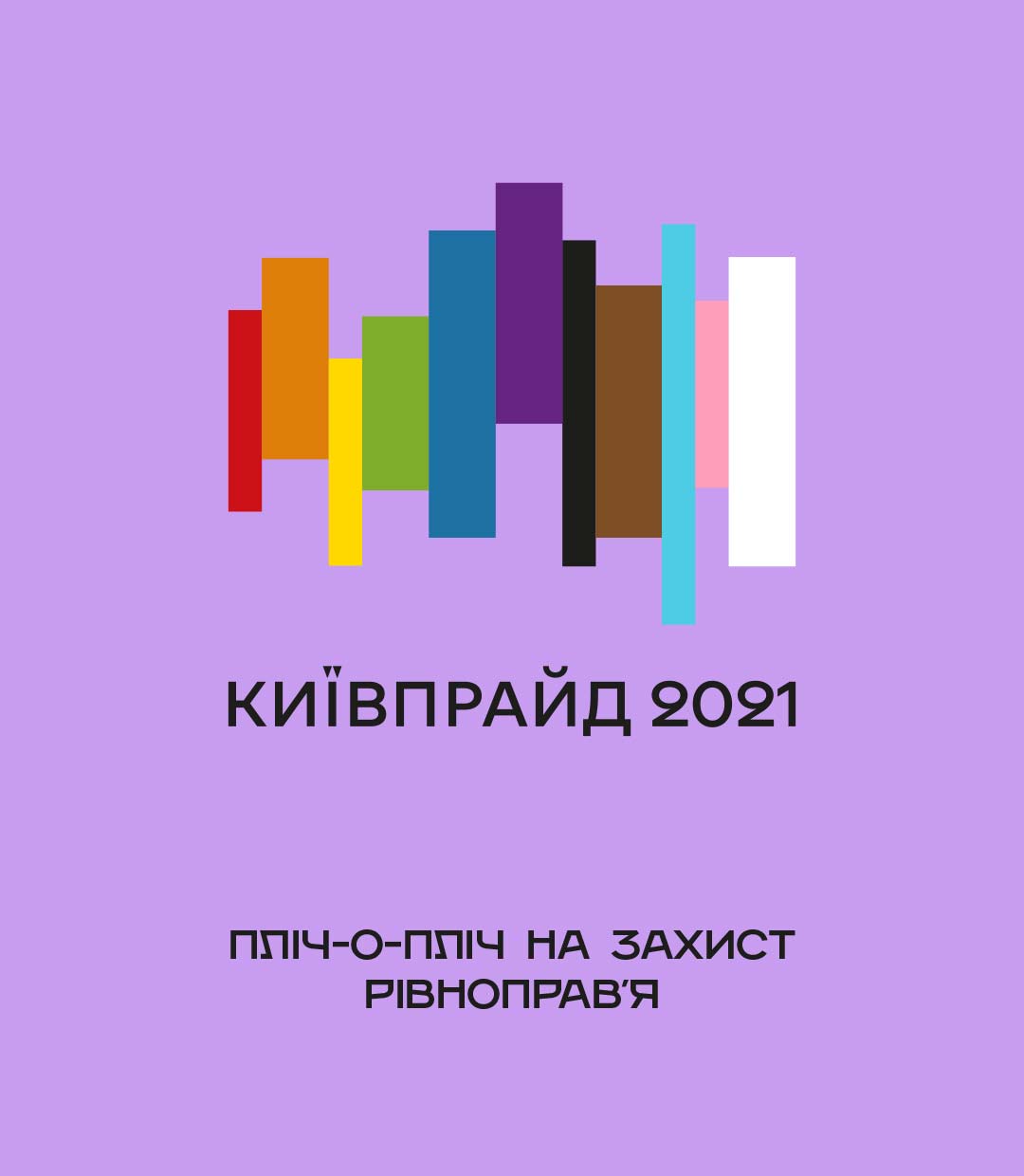 *The views expressed here are the interviewee’s alone and do not necessarily reflect the views of the EU Advisory Mission (EUAM).

Maxim Potapovych from KyivPride expects ‘around 10,000 participants for the 2021 edition’ is licensed under a Creative Commons Attribution-Share Alike 4.0 License.