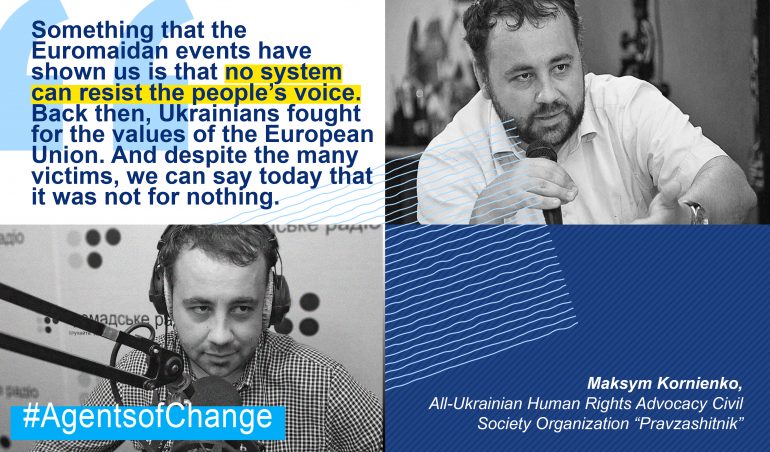 “Already at school and then at university, I knew that I had this special interest in the public area. And the protection of Human Rights is one key aspect of public life.

It was in 2010 that I worked for the first time on serious activities in the field. In Kharkiv, citizens were protesting against the illegal cutting of trees in Gorky Central Park. With the NGO I used to work with, I provided them with support against the police using excessive force. It was the first time I could feel like I am bringing some little support to others. After that, we worked very hard to protect green areas and protect the environmental activists from the unlawful activities of the authorities. Only recently, all of them were found not guilty by the European Court of Human Rights.

In 2013, I decided to establish my organisation with Pravzashitnik because I understood that the human rights situation was still far from good in Ukraine. That is why we focus our activities on protecting fundamental rights and people’s freedom, according to the European Convention on Human Rights and the Charter of Fundamental Rights of the European Union. With the events of the Euromaidan ‘Revolution of Dignity’ in 2013-2014, we provided legal support and defence for those taking part in the different protests in Kyiv and Kharkiv. In many cases, the police violated article 5 (unlawful detention) and article 3 (use of torture) of the Convention.

Having personally faced violation of human rights (by being arrested for 15 days) from the side of the court and law enforcement due to my human rights protection activities, I continue my efforts to bring those persons who violated my rights to justice.

But since those events, it is true that the police have changed in the last seven years. Until the Revolution of Dignity, many police officers, especially in leadership positions, were not very interested in human rights or democracy. But with the progressive reform organised in Ukraine, we have witnessed outstanding results, especially with the creation of the Patrol Police!

Nowadays, the main issue in Ukraine is the lack of unified practices on the application of legal norms. Some judges are very good at interpreting and applying the legislation, but others decide what is good and bad. I believe that it is only by joining our efforts together that this country will move forward.

In Ukraine, many human rights activists are still afraid for their lives and their freedom. Many friends of mine are still trying to convince me to stop fighting against judges. But if we fight altogether, any change is possible. Something that the Euromaidan events have shown us is that no system can resist the people’s voice. Back then, Ukrainians fought for the values of the European Union. And despite the many victims, we can say today that it was not for nothing.

Together, there is nothing that we cannot accomplish. And with the support of EU partners, we can establish a system and a society where the rights of police officers, judges or citizens are all equally respected. And this would be a reality, not only words.”

*The opinions expressed in #AgentsofChange are those of the interviewees alone and do not necessarily reflect the views of EUAM.  Share your own story by writing to stories@euam-ukraine.eu (500 words maximum). 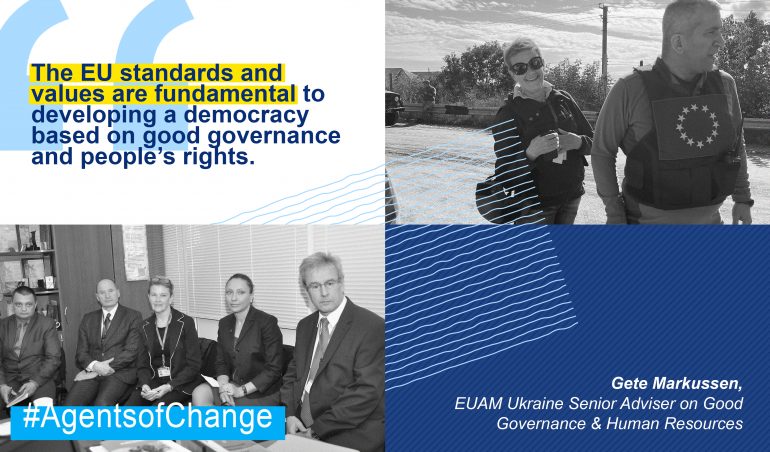