“The success or failure of reform in Ukraine relies on managers. They will need the right support” – EUAM delivers leadership training for police 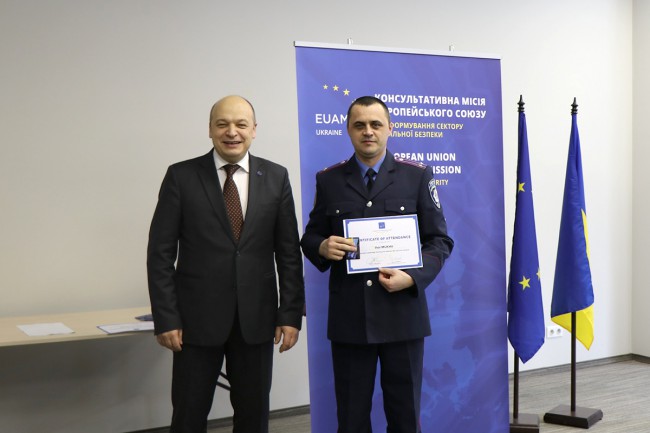 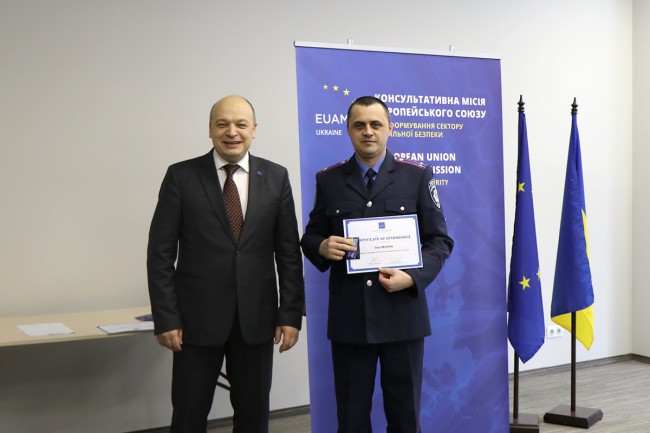 The course, which was delivered simultaneously in Kharkiv and Lviv, aims to support a new culture of leadership within the police, which values participative management, delegation, leading by objectives, human rights and gender aspects and leads to motivated, productive teamwork and effective results. The course also covered how to identify and prevent corruption as well as other ethical considerations.

“Trust between personnel and management within a police organisation is a prerequisite for developing trust between the police and the public,” said EUAM Head of Mission Kęstutis Lančinskas at the certificate handover ceremony for course participants in Lviv. “The success or failure of reform in Ukraine relies on managers. They will need the right support if the reform agenda is to succeed.” 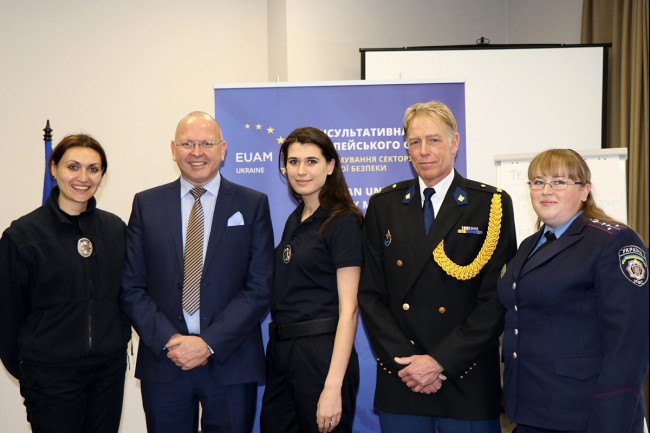 Speaking at the Kharkiv ceremony, EUAM Head of Operations Udo Möller said, “Involving people in the design or implementation of procedures or decisions that affect them – what we call participative management – is an important way of increasing the acceptance of decisions and commitment to them. It is equally important to lead by setting achievable objectives and learning how to delegate. Productivity very much depends on positive motivation.”

The leadership training will be followed up with further courses, in particular within the framework of a major police reform project in the Kyiv, Kharkiv and Lviv regions, worth EUR 6 million, to be implemented over the course of 2017 by the Swedish police in cooperation with EUAM and other international organisations. This project, which focuses on best practices in community policing and public order, will also provide training for all police officers in leading positions at middle management level (i.e. station commanders, deputy station commanders, team leaders, chiefs of sections, duty officers and district inspectors with leadership functions) in 20 selected police stations. 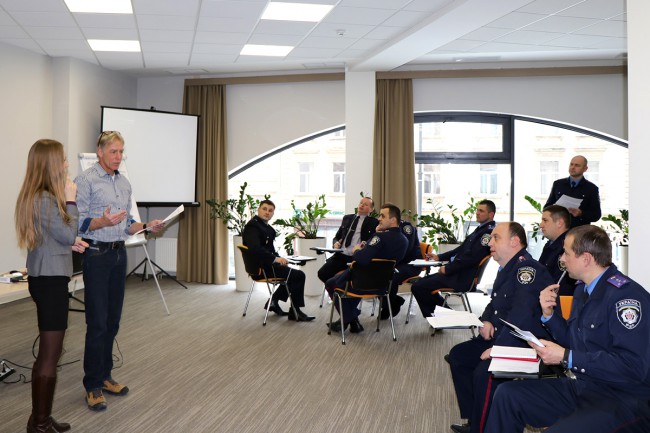 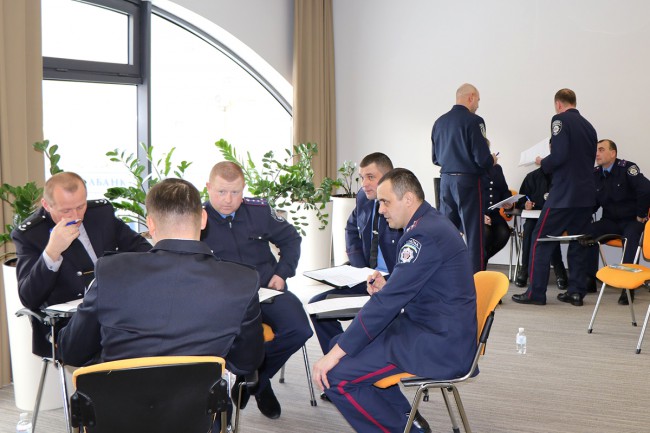 “The success or failure of reform in Ukraine relies on managers. They will need the right support” – EUAM delivers leadership training for police is licensed under a Creative Commons Attribution-Share Alike 4.0 License.