Reforming Ukraine’s Criminal Code was on top of the agenda of an international conference co-organised this week by the EU Advisory Mission (EUAM) and academia, civil society and legal reform experts. The two-day online event acted as a professional platform for discussing reform of the Ukrainian Criminal Code into progressive and modern legal norm in line with international and EU standards.

Ukraine’s Criminal Code was adopted 19 years ago and since then has been inconsistently amended over 1000 times. Many provisions of the country’s main document, which defines crime and sets out penalties, do not comply with international standards of criminal law.

Due to Ukrainian current criminal law policy, the average Ukraine’s incarceration rate per capita is around 140 per 100,000, while in UE it is around 90 individuals per 100,000. Ukraine is the first country in Europe by the number of life prisoners without a realistic prospect of release in violation of the European Convention of Human Rights. Many definitions of crimes are not compatible with definitions of crime in the EU countries. It hampers combating of these crimes by Ukrainian authorities as well as international cooperation in this area.

Since 2019, EUAM has been providing support to the ‘Working Group for the Development of the Criminal Law’ which was established by the President of Ukraine within the Commission on Legal Reform. The results of its 50-day meetings and discussions were presented at the event, particularly the draft of the general part of the Code developed by the group.

“EUAM welcomes the features of the new Code, and we believe that broad and open discussions of the new Code at events such as today’s conference are highly important,” said the EUAM Head of Mission, Antti Hartikainen.  He also emphasized the Mission’s support for the launch of a new thematic website https://newcriminalcode.org.ua/, which provides the draft of the new Code and options for comments.

The conference was organised by the Yaroslav Mudryi National Law University, in cooperation with EUAM, . The expert discussion involved over 100 participants. 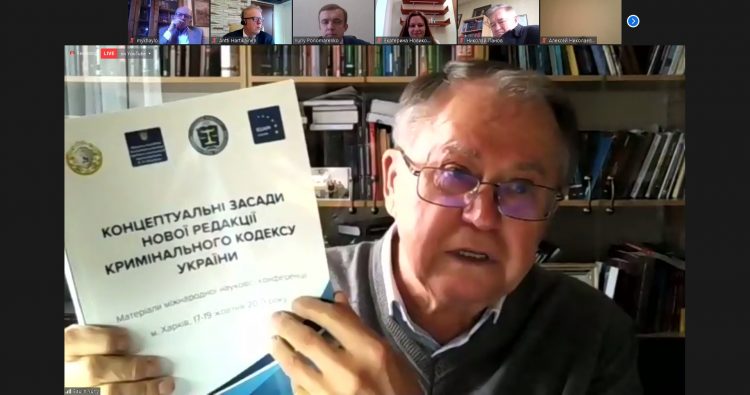