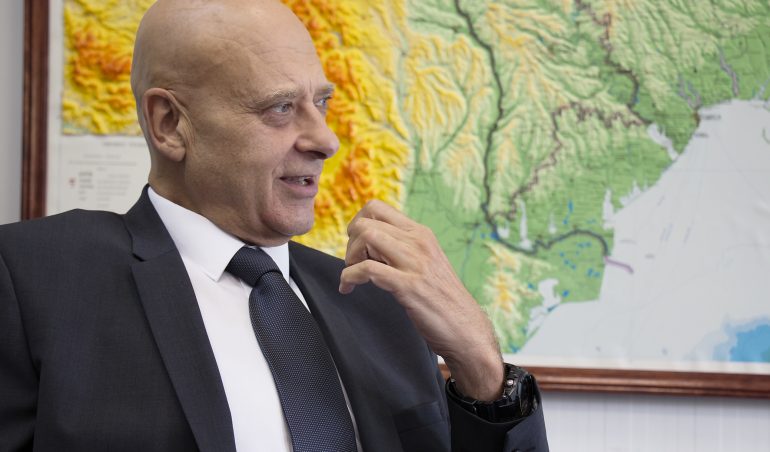 During a visit to Kyiv to meet with EUAM staff and the new EUAM Head of Mission last week, the EU’s Civilian Operations Commander, Vincenzo Coppola – who guides the work of 10 civilian missions in Europe, the Middle East and Africa – took time to share a few thoughts after almost one year in his role

Can you tell us something about your professional background, and how you became Civilian Operations Commander?

I have been an officer of the Italian Carabinieri for the past 42 years, that is my professional background. I made my way up to deputy commanding general of the Carabinieri force, which is made up of 120,000 officers. But within my time at the Carabinieri, and before I started as Civ Ops Commander in Brussels, I also spent 11 years working in the international arena for the Italian contingent. I was at missions in Bosnia, in Somalia and in Kosovo. I was Head of Mission for NATO in what is now North Macedonia. From 2001 to 2004, I was head of the police unit in the Council of the European Union, which was really the infancy of the civilian crisis management, what today is the CSDP. I and my colleagues then actually launched the first civilian mission – we had to build the structure of CSDP. Then around one year later, I was appointed head of the EU Police Mission in Bosnia for two years, after which I went back to my service. In 2006-2008, I headed the EU police Mission in BiH (Bosnia and Herzegovina), and we were responsible, by mandate, to work on police reform, the fight against organized crime and the accountability (de-politicization) of the police forces in BiH. Last year I retired from the Carabinieri, but then the position of Civilian Operations Commander became open. I applied and was selected, starting my job on 16 September last year.

What is the main difference between your previous roles and that of Civ Ops Commander?

When I was in Brussels before, there was no CPCC, it was a totally different structure. There was no EEAS. It was a totally different approach that was driven by the member states. Today, we have to consider the horizontal issues that run across all the missions, and we also have to look into specific aspects of every mission to look for things of interest. We are now looking into giving structure to the “Civilian CSDP Compact”, which is a major document for the civilian security sector. This document was asked for by the member states, and maps out how the civilian missions will get more support from the member states, especially in terms of human resources and mission support. We have to reconsider the strategies of the missions in terms of mission support, visibility of the missions, gender issues, accountability, and disciplinary actions. There are a number of issues we are considering looking to the future.

How would you describe your personal management style, and what do you want to bring to the job?

I ask my staff to be more operational, not to look too much into the details, but to look at the broader operational aspects. I want to see a more proactive CPCC, to anticipate problems before they come, so we can solve them. We must make sure at CPCC that we manage all of the missions in the same way. We have to be sure that independent of politics, all the missions are regarded in the same way. You might be inclined to focus on one mission or another, but then you forget the others. We can’t allow this to be the case. 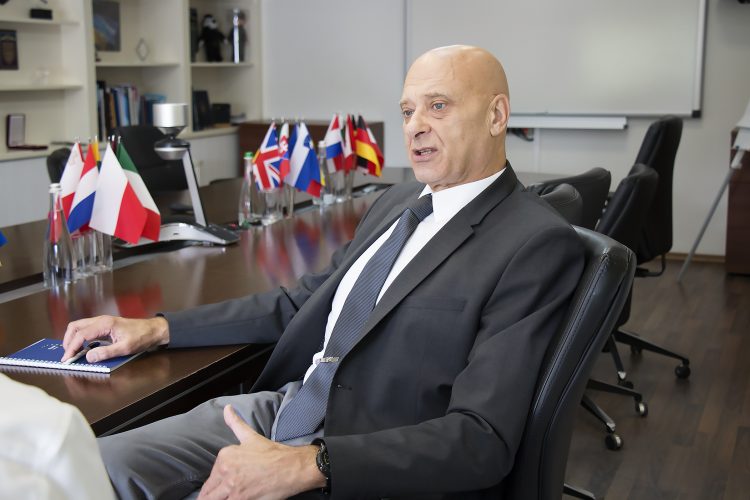 Have you managed to visit all of the civilian missions already?

We have a total of 10 missions, plus an Advisory Coordination Cell in Mauritania. I have already visited all of them and, by the end of the year I will complete a second tour of visits. All of the locations are extremely interesting and challenging, each for different reasons.

What do you like about your job the most?

Where are you from, and what how do you like to relax outside the office?

I was born in Rome, but my father was an officer so we moved all around the country. My family originally comes from the region of Naples. To relax I ski in the winter time, it depends on the season, I like diving in summer time, and like many Italians I like cycling. Generally speaking I like sports. At home – which now is not far from Venice – my wife and I read a lot, and I like movies, but not just because my family name is Coppola! For skiing we go to Selva di Val Gardena, one of the best places to ski in the world!

What would you say to cynics that might claim EU civilian missions are of little value?

I think that CSDP missions are one of the most effective instruments of EU foreign policy. If someone knows exactly the potential of the mission and looks carefully into the mandate, and the changing political environment, there is no question that EUAM Ukraine for example can really deliver in aspects that touch the daily lives of the people. To have better police, rule of law, prosecution service, and to have laws in place for those institutions, this will affect the daily lives of people in this country. This also brings Ukraine closer and closer to Europe and to the democratic standards that we deem fundamental. There is certainly hope for reform. And I would also say: look into the work of EUAM and you will see the potential. Of course, it is a small mission and the country is big, but I believe we are having a positive impact here. Ukraine is building up a different approach and we are supporting this process.

Have you been to Ukraine before, and what is your impression of the country?

Before coming here this year twice, I was here six years ago for a UN conference. It was during winter, very snowy. My impression of the country is very positive: I have seen Kiev and also Odesa. I like very much Odesa also. It is an easy country to love.

What does it mean to you to be an EU citizen and employee, and how would you persuade a Brexiteer that the EU is worth being a part of?

Well, I can tell you that for example when I come to a country outside the EU with a different currency, I find myself lost. Europe is not perfect, but it is a great place to live. I find it interesting that possibly due to Brexit, “Eurosceptic” now means a different thing. If you look around Europe, countries that were perhaps questioning their membership of the EU, are now absolutely staying in. Now Euroscepticism means that you would like to see changes or reform, but certainly not leave.

CivOps Commander: missions are ‘one of the most effective instruments of EU foreign policy’ is licensed under a Creative Commons Attribution-Share Alike 4.0 License.