Criminal Investigation is strengthening the ability to fight organised crime and corruption. Every state needs strong criminal investigation capabilities in order to preserve the rule of law and protect its citizens against crime. Investigating crime in a transparent and professional way also strengthens the entire democratic process and builds public trust.

The objectives of criminal-investigation reform include increasing the efficiency of the above agencies and the General Prosecutor’s Office, strengthening criminal investigations, and eliminating corruption. Together with the National Police and other international partners, EUAM has also established a working group on criminal investigation, which is focusing on issues such as delineation of investigative powers, intelligence-based criminal policing, training in criminal policing, the creation of an Electronic Criminal Case Management System, and creation of a witness protection programme. 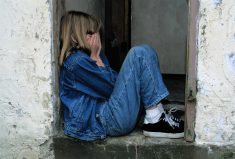 Finland’s leading experts in the field of interviewing children as part of criminal proceedings were keynote speakers at a webinar organised by the EU Advisory Mission (EUAM) last week. The online event gathered over 180 participants from Ukraine’s police, courts, prosecution, regional authorities and academia in Kharkiv, Lviv, Kyiv, Mariupol and Odesa. The event elaborated […] 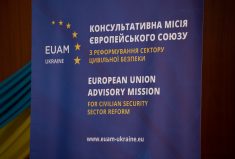 The COVID-19 pandemic posed a unique set of challenges for EUAM Ukraine in 2020. But we managed to adjust and remain active throughout the year. We would like to express our sincere gratitude to all our partners for our fruitful cooperation, and to wish you every success in 2021. 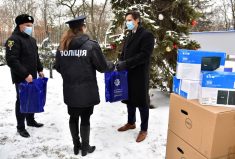 The European Union Advisory Mission (EUAM) continues to enhance institutional capacities of Ukrainian partners in regions during COVID-19 outbreak. The International Police Cooperation Unit of the National Police in Donetsk region, which conducts cooperation with Interpol, Europol and international organisations working in Ukraine, received IT support from the Mission today.  The Unit coordinates  activities of […]