The SBI: Ukraine’s Civilian Security Sector reform will not be complete without it 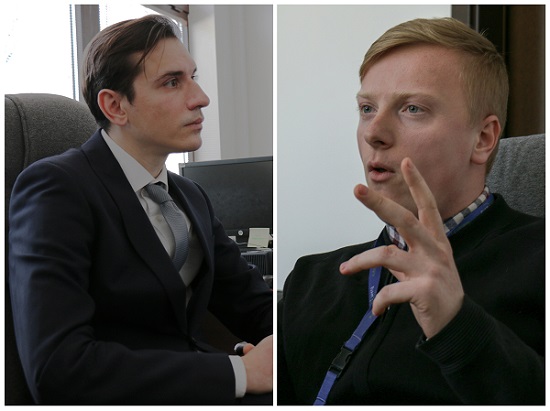 Ukraine’s new law-enforcement body, the State Bureau of Investigations (SBI), is in the early stages of formation and expects to begin its first investigations into the serious crimes of high-level officials later this year. The European Union Advisory Mission (EUAM) is already providing strategic advice to the SBI, which forms an integral part of Ukraine’s Civilian Security Sector Reform, and its prospects of success will hinge largely on the selection of qualified staff and its institutional independence. EUAM national experts Vadym Chovgan and Ievgen Vorobiov explain why an efficient and fully functioning SBI is so vital for Ukraine.

Q: Vadym, the first time I heard of the abbreviation SBI, the first thing that came to mind was the FBI in the USA. Is the SBI to Ukraine what the FBI is to America?

Vadym: Actually to some extent yes. To some extent the SBI was inspired by the FBI, but that was in the 1990s. Now it is a different model that is being proposed. But the main idea is still there: that it has to investigate crimes committed by high-level officials. These are particular crimes that require very specific skills in terms of investigation. The potential political pressure is also much higher, so this body needs to have extremely strong safeguards against political influence so that it can guarantee impartiality.

Q: So will the SBI be staffed mainly by police officers or detectives?

Vadym: As the name of the Bureau implies, investigators are supposed to be the core of the agency. But the selection process is open also to applicants without prior experience in the law enforcement field: actually, the Law allows over a half of the employees without such experience in the past year to apply for the vacancies. At the moment the SBI management has started to hire its personnel, and we are happy that civil society representatives are being involved in the process. The final manpower of the Bureau really depends on who is selected for those positions, so it is important to follow this development closely. 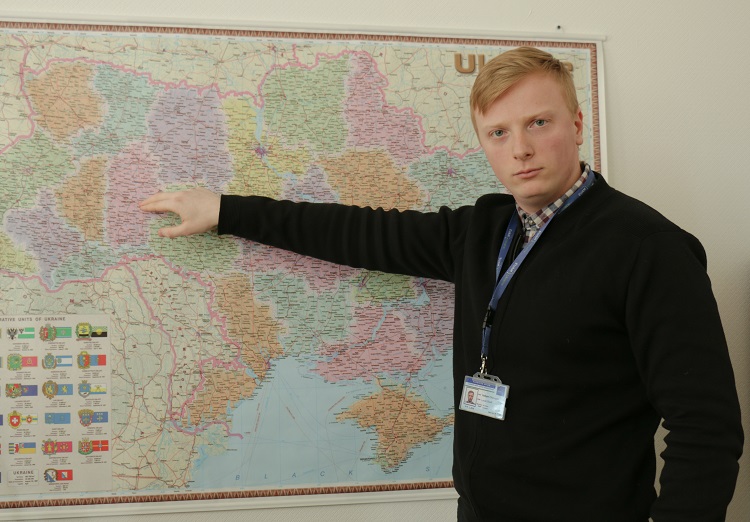 Q: So how many investigators or detectives will the SBI have when it is fully staffed?

Ievgen: The maximum number of total staff it will have is 1,500.

Ievgen: It will take some time for the SBI to become fully staffed, but the SBI Director has made a pledge to start the first investigation before 1 September this year. We at EUAM have a team of advisers working together to help the leadership of the Bureau get the agency running within these tight deadlines.

Q: Why does Ukraine need an SBI now, and why didn’t it have one before?

Vadym: One of the key principles of the ongoing reform should be to avoid legislative and institutional gaps which could harm the integrity of the criminal justice system. That is why our Mission stresses the need for a proper delineation of competences in the law enforcement sector: every agency needs to know what they are responsible for and stick to these functions. After some agency loses its competences, someone needs to step in to take over these functions. So now, with the proposed changes to the Criminal Procedure Code and the Law on Prosecutor’s Office, the time has come to establish the SBI precisely to avoid such a vacuum. The Prosecutor’s Office used to be responsible for the investigation of this type of crime on a temporary basis, but the reform passed after Maidan foresees that the GPO should not investigate high-level crimes any longer. So in order to replace the former role of the prosecutor’s office, the SBI has been created.

Ievgen: Plenty of work, actually! They will basically be acting as procedural managers of criminal cases. They will represent the State in court in these criminal cases in order to press charges and bring guilty parties to conviction. In a nutshell, they will focus on just the core functions of that agency in accordance with EU practices.

Q: So EUAM recommends that the Prosecution Service no longer undertake investigative work, is that correct?

Ievgen: It’s not only our recommendation: it’s the requirement of the Ukrainian law. The Constitution of Ukraine does not endow the Prosecutor’s Office with powers to investigate, and the new Law on Prosecution Office says explicitly that this agency cannot carry out any functions not foreseen by the Constitution. That is what the Mission is trying to support – a decoupling of the investigative and prosecutorial functions when it comes to criminal investigation, just as the Law prescribes.

Q: So is the SBI kind of like NABU?

Ievgen: Yes, in the sense that the SBI will be another pre-trial investigation body which has specialisation both in terms of the types of crimes committed and the subjects committing these crimes. Whereas NABU focuses on high-level corruption cases, the SBI will be mostly responsible for investigating those crimes by public officials not covered by NABU. For example, if a judge is implicated in a traffic hit-and-run or a high-ranking official orders an election fraud, they must be investigated by the SBI.

Q: But how do we distinguish between high-level corruption cases and other types of high-level crime? Some people might say that that is the same thing.

Vadym: It is not only about high-level officials, it is also about regular civil servants, such as for example, police officers. So the distinction is quite simple. NABU investigates cases committed by top State officials and very specific types of crime such as illegal enrichment or embezzlement of state funds, or crime involving bribes that are very high – above some €26,500.

Q: So if a bribe is less than €26,500 it becomes the responsibility of the SBI to investigate?

Ievgen: That’s one of the rules of thumb, but not the end of the story.

Vadym: Yes, there is a very important rule in the Criminal Procedure Code that says cases can be investigated by other bodies such as the SBI only if they don’t fall under the competence of NABU – which is an important way to delineate competencies. So you could say that NABU has the “first pick” over “their” types of crimes.

Ievgen: This is an important safeguard – it is to ensure that NABU’s work is not interfered with by other bodies. SBI has another important mission, which is more related to human rights: the law places the crimes committed by law enforcement employees into their jurisdiction. Some respectable Ukrainian CSOs raised concerns with cases of abuse committed by police officers. Also, an efficient SBI is part of Ukraine’s commitments for the European Union. There is an important document called “EU-Ukraine Association Agenda” (point 3.d), which outlines specific actions to support the implementation of the Association Agreement between Ukraine and the EU. As part of this Agenda, Ukraine has made a political commitment to establish an effective mechanism for investigation of abuse by the law enforcement, so that these actions are investigated by the State Bureau of Investigations. If this ambitious commitment is delivered, the SBI will now be “policing the police” in order to ensure that law enforcement in Ukraine complies with human-rights standards.

Vadym: The European Court of Human Rights and the European Committee for the Prevention of Torture also encouraged Ukraine to create such an independent body to investigate abuse cases by law-enforcement agencies. There is a legal quota that requires that half of the new recruits in the Bureau should have no recent experience of working for State bodies. In my view, in order to create an independent body with a role of an impartial arbiter, you need fresh blood, new faces.

Q: So to clarify, in theory the SBI should be a fully independent body?

Ievgen: Yes, because only by being a politically independent body can it take on these extremely serious crimes and be supported by the public.

Q: So the SBI will not fall under the responsibility of the Ministry of Internal Affairs, like the police and border guard services do?

Q: So who does it answer to at the political level?

Ievgen: It is not under any ministry and there are provisions in the Law to safeguard the independence of the Bureau’s management. That said, there will be a parliamentary oversight from the Rada, and a Public Control Council (PCC) will be established to ensure oversight from the public. We at EUAM will be following the selection of the PCC’s members very closely.

Vadym: The Head of the SBI will not report to any politician. But to uphold the rule of law, the Prosecutor’s Office will oversee the adherence to procedural rules in the Bureau’s investigations and follow up on their indictments in courts.

Q: Are there similar investigative bodies in the European Union?

Ievgen: Every country has their own landscape of rule of law institutions. But we find examples of investigative agencies with similar functions in the EU – although not exactly with the same subordination structure, but with some common features of the SBI. For example, I lived and studied in The Netherlands for a while — and the Dutch have the Rijksrecherche, which focuses on criminal offences committed by top officials, including in law enforcement. This unit operates with a great degree of independence to do its job. Such trustworthy European agencies could provide us a glimpse of what SBI will hopefully become one day.

Vadym: The SBI will also be different from other Ukrainian law-enforcement bodies because of the way it is managed. In the past, Ukrainian law-enforcement agencies were completely subordinated to one person. But because the SBI will be such a powerful body, the Law envisages that the managerial responsibility will be spread out among the Director and his two deputies. So there will be a shared responsibility between the head and his deputy heads – and this is something quite unique for Ukraine. The Mission has been advising the SBI on how to make this collegial decision-making work in line with good government practices.

Q: Is the Mission concerned about the institutional efficiency of the SBI?

Vadym: Fortunately, there are draft laws in parliament aimed to speed up the setup of the SBI and, ultimately, improve its efficiency. The Mission has provided its comments to these draft laws and anticipates that they will adopted by the Verkhovna Rada soon. At the moment it is hard to tell with certainty, but the future efficiency of the SBI will very much depend on the personnel that is selected. Now the governmental commission have to select another 25 high-level officials.

Q: Can you summarise the ways in which the Mission will assist the SBI over the coming months?

Ievgen: We as the Mission will focus on three issues in the near future: general governance structures in the Bureau, development of its human resources, and advice on how the SBI can develop its investigative capabilities, which will be the core part of its work as a new agency.

Q: And finally, for regular Ukrainians whose interest is staying safe on the street, and who want to see real justice delivered, how would you persuade them that Ukraine needs these new law-enforcement bodies such as the SBI?

Ievgen: Well, recent opinion polls show that Ukrainians are particularly concerned with the impunity of high-level officials. So it is crucial to have these efficient bodies in order to restore the rule of law, so that persons guilty of committing serious crimes are punished regardless of what their positions are. It is in the long-term interest of society at large that the SBI starts to deliver on its institutional mandate as soon as possible. 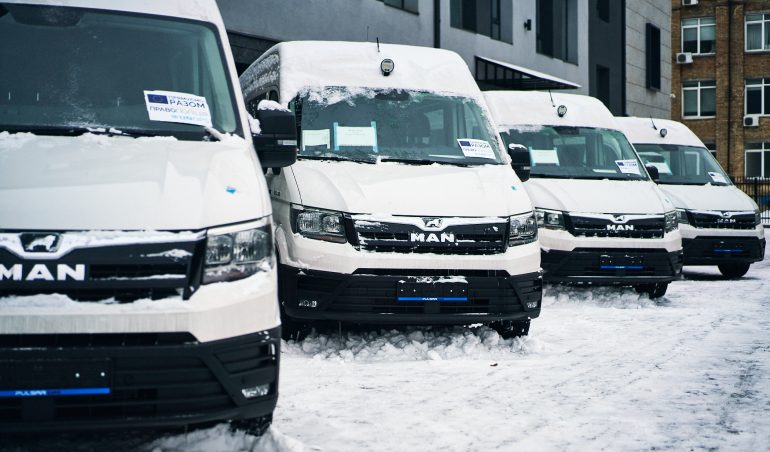 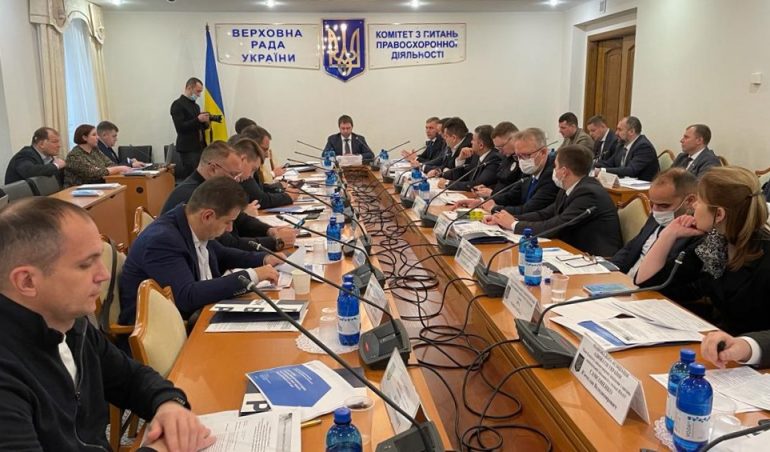 The SBI: Ukraine’s Civilian Security Sector reform will not be complete without it is licensed under a Creative Commons Attribution-Share Alike 4.0 License.