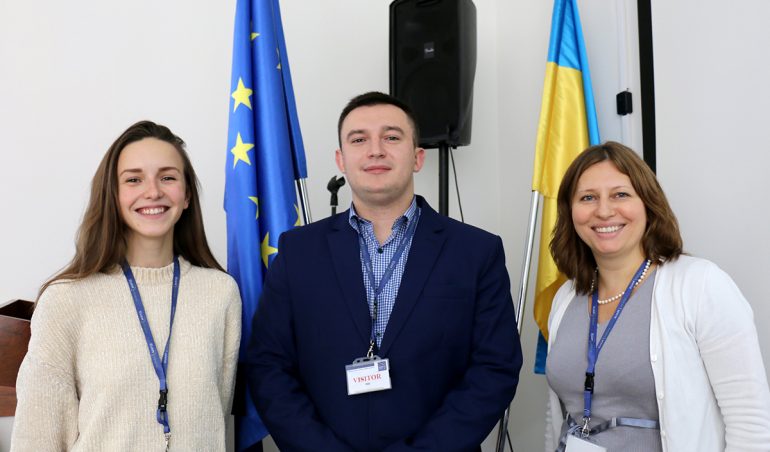 Ukrainian civil society groups came to the headquarters of the European Union Advisory Mission on Thursday this week in order to set out their points of view on a vision of public order in Ukraine. Public order has always been a sensitive topic in Ukraine, in particular since the Maidan revolution in early 2014. This week’s workshop, part of the EU’s Support to Police Reform in Ukraine (SPRU) project, saw police representatives join their civil society counterparts for a dialogue on the public-order ‘vision’. This will soon form the basis for an SOP (Standard Operating Procedures) that Ukraine’s National Police will develop with the support of SPRU and EUAM advisors. Yesterday, some of the workshop participants – both police and civil society – took time to articulate how they see public-order reform in Ukraine. 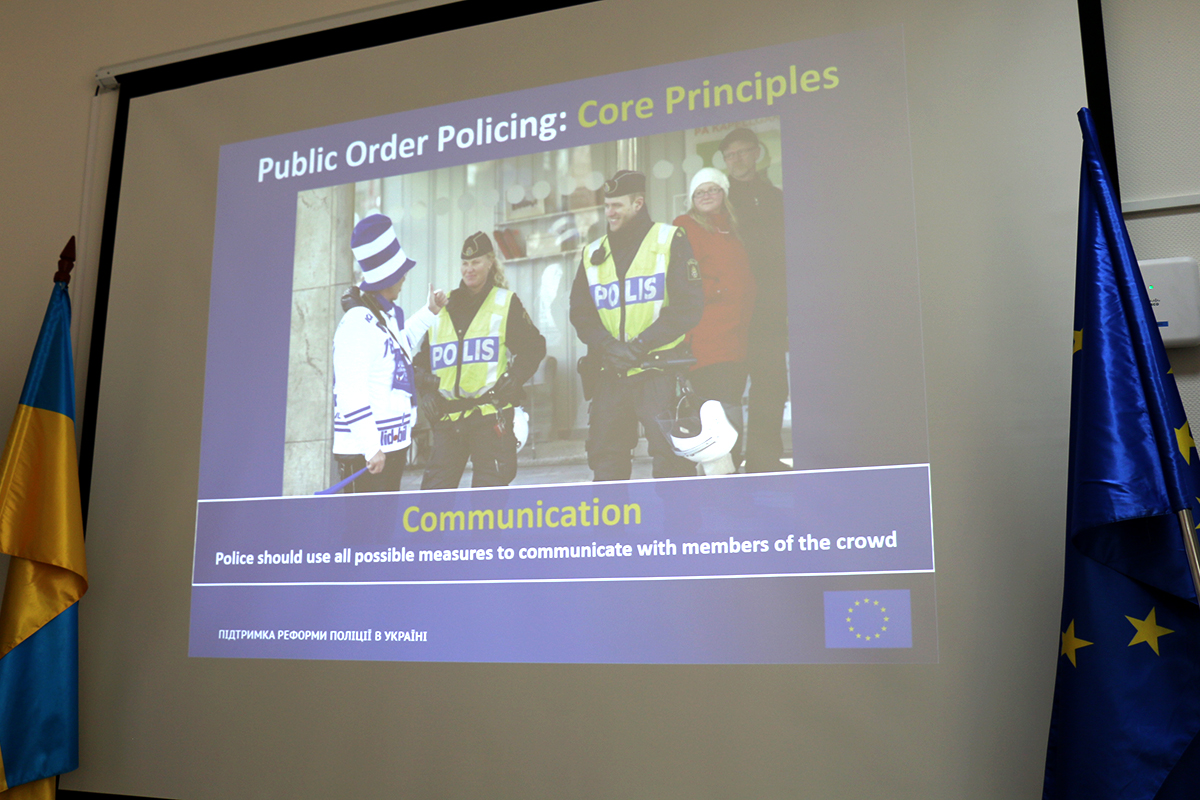 “For us, our vision for public order in Ukraine is based in the draft law on peaceful assembly, which we feel should be passed immediately. This would underpin and guarantee the rights of citizens. Peaceful assembly does get a mention in the constitution but not in any substantial way. The challenge for the National Police is to deal with public order in a balanced and targeted way – they must divide crowds into groups, for example protecting those who are acting according to the law, but removing those involved in violence. This kind of workshop is useful for civil society because we need to communicate with police more often. It also gives a chance to police to improve their opinion of civil society. Ukraine’s public order policy has to be developed jointly.”

Henry Parkhanov, Assistant to the Deputy Head of the National Police of Ukraine

“It is crucial that there is transparency in our work and that members of society feel that they are part of the reform and that their opinions are taken into consideration. We do hope that we can continue to have these workshops and we appreciate the engagement and energy that the participants showed. The journey has just begun, let us just stay on this course and we will for sure reach our goal.”

Police and civil society march towards common ground on public order is licensed under a Creative Commons Attribution-Share Alike 4.0 License.