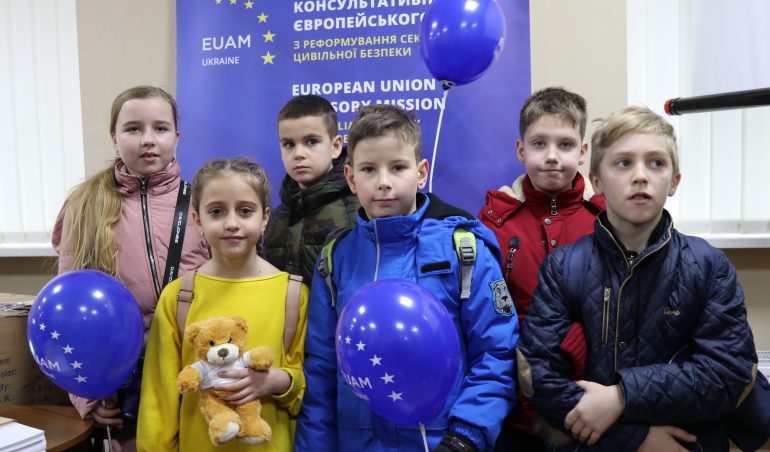 Last week, Kharkiv’s Regional Administrative Court held an ‘open court’ week, during which local school children had a chance to visit the court, speak to judges and learn about the functions of the court. Staff from EUAM’s Kharkiv Field Office also spoke to the children from the Specialised School number 16, and were impressed by some of the answers these nine-year-olds gave during a quiz on courts and the judicial system.

We asked Kseniya, Paulina, Misha, Roman, Artur and Slavic (pictured above from left to right in the photo) what they thought the main job of a court is, and here is what they said…

Roman: “A court is where to decide if a person goes to prison or not”

Kseniya: “Courts help people in conflicts and disputes and to find a fair resolution”

Slavic: “A court takes the decision about who is to blame and who is innocent”

Paulina: “Courts are needed for justice – they solve conflicts, problems, and who is right” 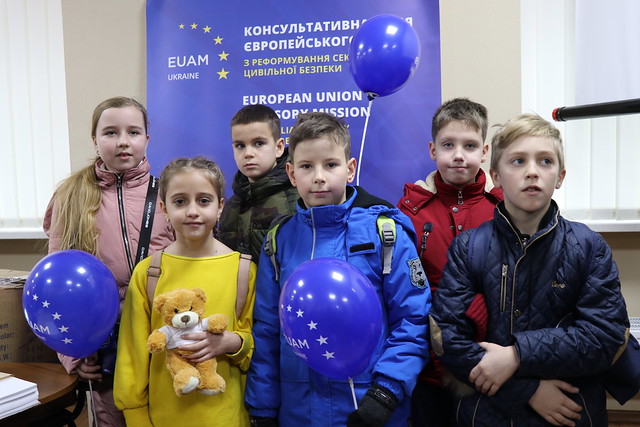 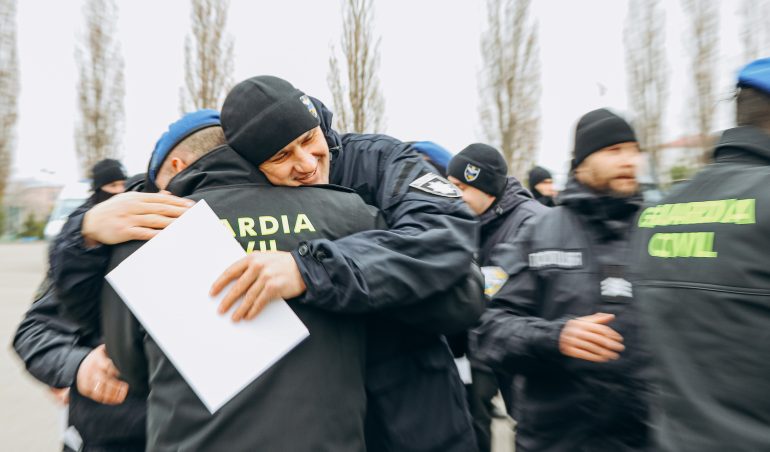 ‘If you put the wrong person in prison it is not correct’ is licensed under a Creative Commons Attribution-Share Alike 4.0 License.