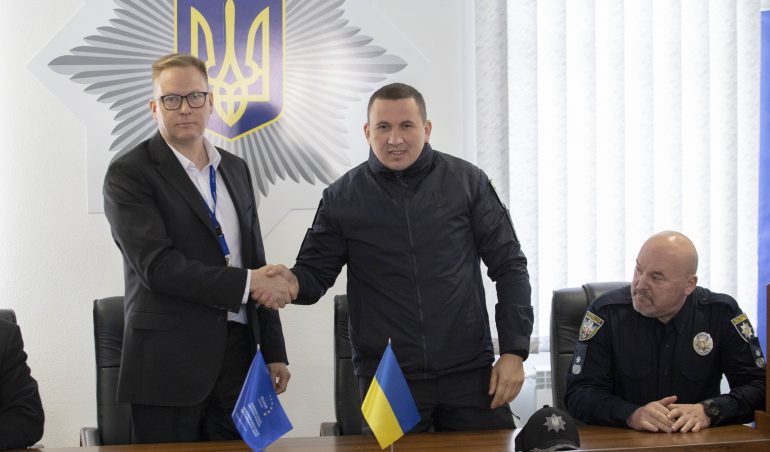 On 29 September, the final delivery of IT equipment for the Emergency project was organised in the National Police service centre in Kyiv. The donation included 400 portable radios and IT equipment, namely laptops, displays, tablets, power banks, and software. The total budget for donated equipment is over 300,000 EUR. 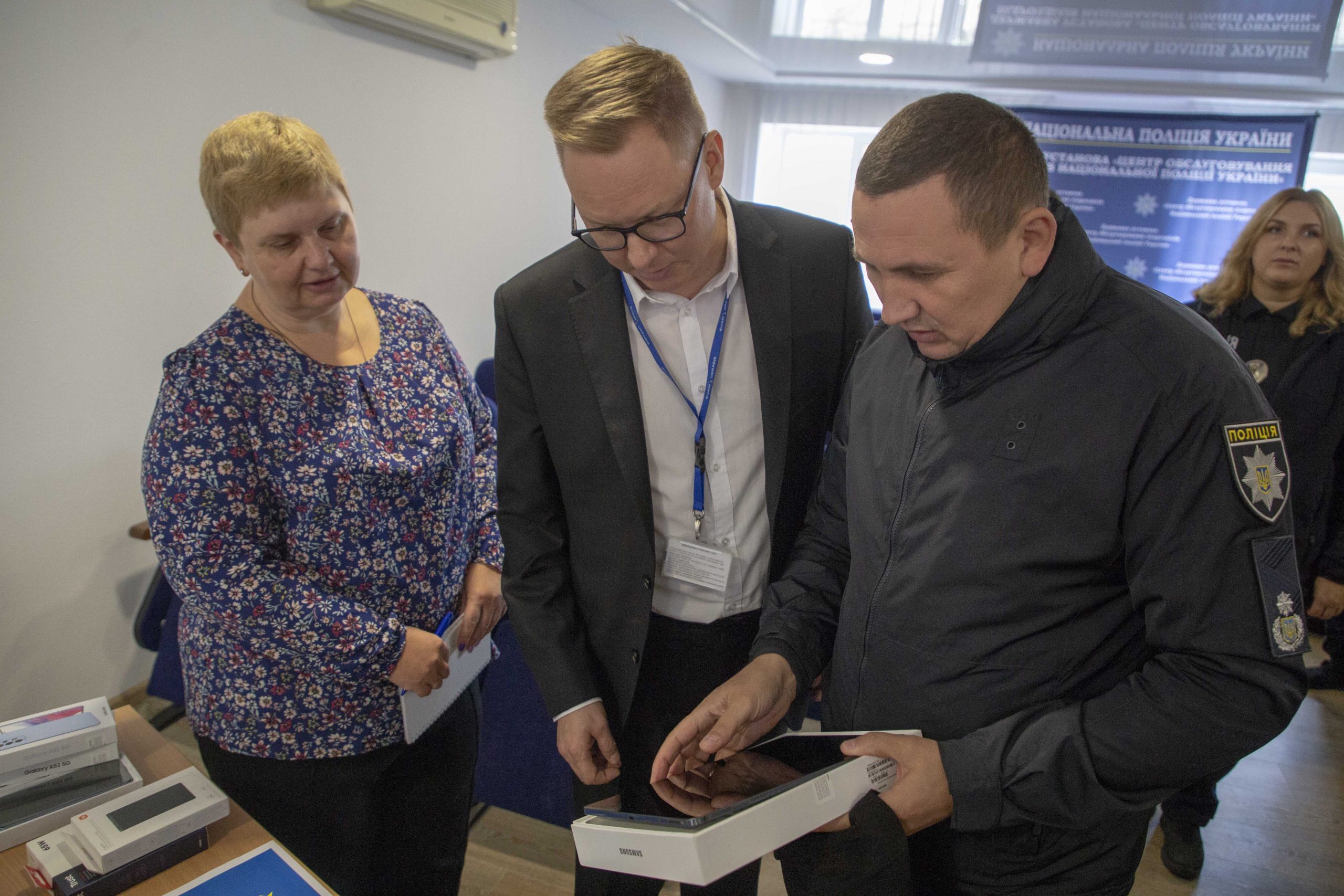 During the event, EU Advisory Mission’s Acting Head of Operations Jesse Seppala highlighted the remarkable bravery of the Ukrainian security services, including the National Police and assured the commitment to continue cooperation and support of the National Police of Ukraine.