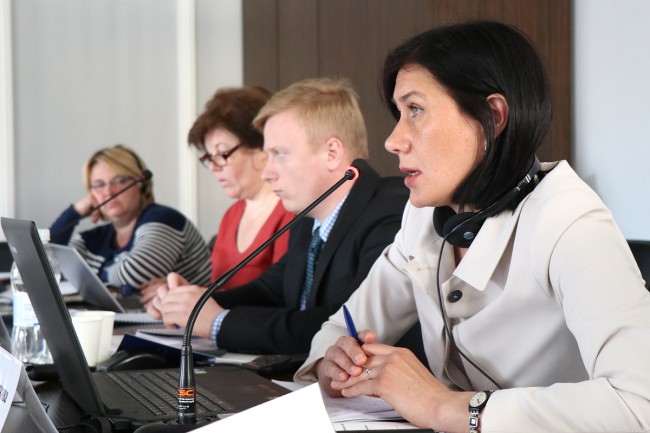 A new project to strengthen legal protections for victims of crime was launched on 11 May by the EU Advisory Mission Ukraine (EUAM).

The project was announced at a roundtable discussion in Lviv, bringing together experts on the subject from civil society, free legal aid centres, the prosecution service, judiciary, police, penitentiary system and academia. Similar roundtables will be organised in the coming months in Kharkiv, Dnipro, Odesa and Kyiv.

The ultimate aim of the project is to formulate concrete advice on the legal amendments needed to improve the state of victims’ rights.

“Trust in the criminal justice system depends very much on the way it treats those who have suffered from crime,” said Veronika Kristkova, EUAM Senior Adviser on Legal Reform. “Victims of crime should be at the centre of criminal justice processes, should have a strong legal standing and be protected from secondary victimisation. This is what we call a ‘ victim centred approach’, and this is the approach we are advocating for”.

At the roundtable, international standards on procedural rights, including the protection of physical and psychological integrity, as well as the appropriate level of state compensation for crime victims were discussed. The NGO “La Strada-Ukraine” and The Geneva Centre for the Democratic Control of Armed Forces (DCAF) also made a presentation on the problems faced in practice by victims of domestic violence and sexual crimes.

“Ukraine has signed the Council of Europe Convention on the Compensation of Victims of Violent Crimes, but has not yet ratified it,” said Vadym Chovgan, EUAM Legal Reform Officer. “It is an important principle that if the perpetrator of a crime cannot compensate the material or moral harm caused, then the state should offer compensation to crime victims. EUAM is working with the authorities to draft the necessary legislation to apply this principle and hopes that a robust victims’ rights framework will be developed as soon as possible.”