‘Buckle Up — Don’t Get Terrified’ campaign: EUAM joins National Police to promote the use of seat belts 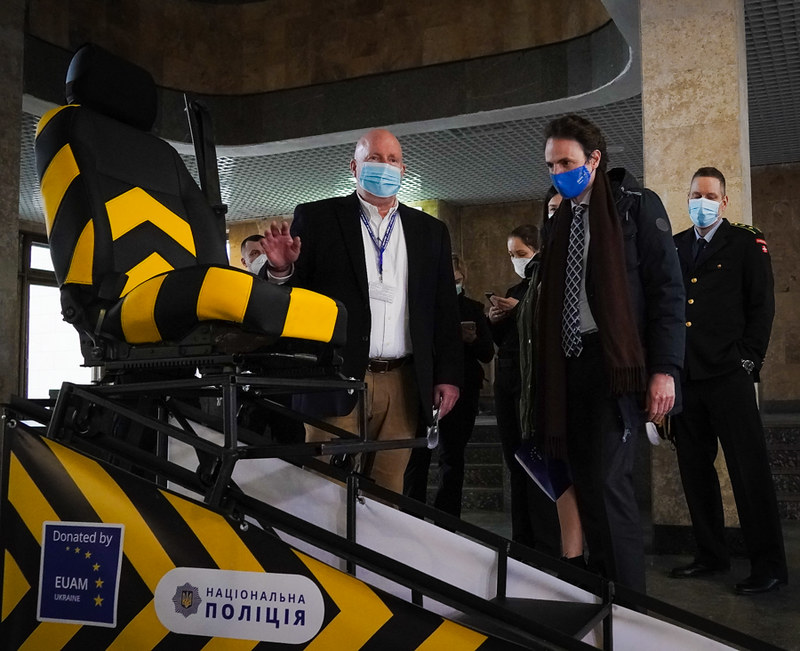 The campaign was announced during a joint press conference hosted by the police and EUAM Ukraine. It aims to raise awareness about the risk of injury and death caused by neglecting seat belt use, and to encourage Ukrainians to buckle up when riding in a car, even as back seat passengers. The campaign targets adult car users and school children from 8 to 16 years of age.

The campaign runs from 17 March to mid-May 2021, starting in Kyiv and its suburbs and gradually expanding to other regional cities, including Odesa, Mariupol, Lviv, and Kharkiv. The activities in each region will continue for three weeks following the regional campaign launch week.

‘Buckle Up — Don’t Get Terrified’ campaign: EUAM joins National Police to promote the use of seat belts is licensed under a Creative Commons Attribution-Share Alike 4.0 License.