The Committee met with law-enforcement bodies present in the region, during which its members addressed key security concerns, such as large-scale smuggling, illegal construction, and deadly fires. The parliamentarians received first-hand feedback on reform implementation in the region and reorganisational processes that police, the prosecutor’s office, and courts, are undergoing – based on reforms developed at central level.

“We at EUAM are pleased to act as a bridge between lawmakers, law enforcement agencies, and civil society,” said Fredrik Wesslau, EUAM Acting Head of Mission. “For any reform process to succeed it is important to take into account specific needs expressed by local communities. If Kyiv is sometimes perceived as a bubble, we are now puncturing that bubble and getting closer to citizens and law-enforcement agencies in Odesa region. This is even more important in a country as vast and diverse as Ukraine.”

«The Odesa region was not a random choice. It is the ‘sea gate’ of Ukraine, one of the largest touristic destinations and a bordering region.  Issues related to security, law enforcement and order are extremely important here”, said Denys Monastyrskyi, Head of the Verkhovna Rada Law Enforcement Committee. “Such a direct dialogue between lawmakers and local agencies provides an opportunity to develop effective legislative changes based on practical law enforcement. It is great that we are supported by our partner EUAM in this endeavour”.

This is the first visit of its kind to be carried out by the Mission, and so it opens a pathway to further deepen cooperation between the Mission’s experts and members of Ukraine’s Parliament. Several events during the visit this week were carried out at EUAM Odesa Knowledge Hub, a space that was launched in 2020 to facilitate in-person dialogue between EUAM’s partners in the region. 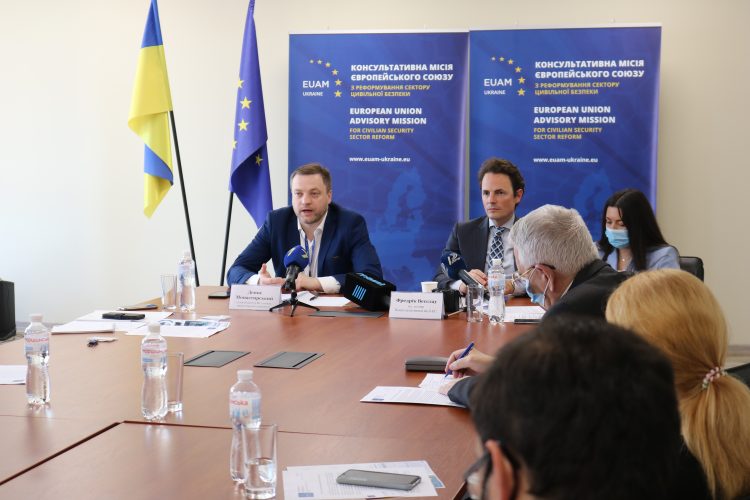 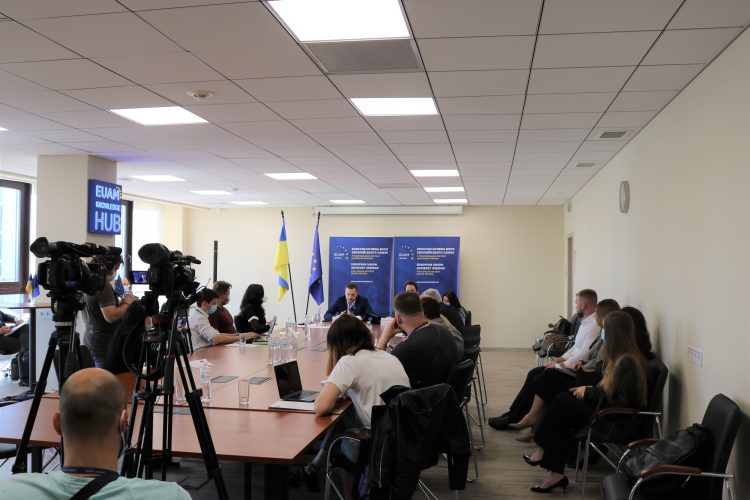 EUAM ensures that voice of the regions is heard in Verkhovna Rada is licensed under a Creative Commons Attribution-Share Alike 4.0 License.