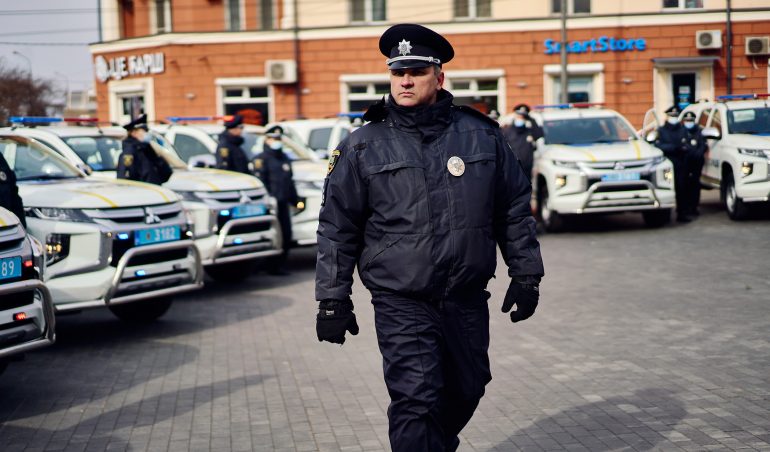 The European Union Pravo-Police programme delivered the first three of 13 prefabricated modules to the National Police of Ukraine (NPU) to be used at checkpoints on a strategic road to Melekine, just outside of Mariupol. When they arrive, the remaining modules will be used at six other National Police checkpoints in Donetsk region.  The modules – delivered together with ten police pick-up cars, 1,162 first aid kits, 700 fire extinguishers, and a state-of-the-art portable explosive ordnance scanner – will allow police to operate in hard-to-reach locations, and significantly enhance their ability to ensure safety of local communities.  The overall worth of the EU support totals EUR 600,000.

PRAVO Police programme (‘Support for Rule of Law Reforms in Ukraine in the Areas of Police and Public Prosecution and Good Governance”) is funded by the European Union and implemented by UNOPS in close coordination with the European Union Advisory Mission (EUAM) Ukraine.

“PRAVO Police is one of the EU’s key rule of law projects in Ukraine. We are happy to support the National Police in eastern Ukraine, where the population lives under a heightened risk to their lives and health due to the conflict. Reinforcing civilian security is an important step towards better protection for the citizens”, said Xavier Camus, Head of the Good Governance and Rule of Law section at the European Union Delegation to Ukraine.

The NPU says that the equipment will improve police’s response times to crime or emergency situations  and better police officers working conditions.

“With the support of our international partners, we are enhancing police’s capacity to provide professional, effective, and timely support to the people of the Donetsk region”, said Artem Kysko, the acting Head of the Main Department of the National Police in Donetsk region. “’With this equipment, we will be able to save more lives, reinforce police presence in the region, and make checkpoint inspections more convenient for citizens. Our priority is to ensure safety in line with international standards”.

“In many crime and emergency response situations, patrol police are often first at the scene and must have modern equipment to perform their duties,” said Fran O’Grady, senior programme manager, PRAVO Police.

A state-of-the-art scanner, also delivered by PRAVO Police, will allow identification and containment of explosive threats when inspecting vehicles, cargo, packages and bags, including larger items, like containers, that cannot be scanned by stationary systems.

“Today’s sizable donations will make it easier for citizens to have access to quality and timely NPU services in Donetsk regions, especially in rural areas. EUAM works side by side with NPU to improve its effectiveness and ability to respond to citizen’s needs. We believe this is essential to increase public trust in law enforcement and, ultimately, Ukraine’s resilience.” said Fredrik Wesslau, Acting Head of EUAM, during the donation ceremony.

Proximity to the conflict zone has led to increased security threats for local civilians in the area, with the common occurrence of human, drug and arms trafficking, unauthorised movement of people and goods across the contact line, activity of militarized organised criminal groups, and daily discovery of explosive devices and remnants of war.

In 2020 alone, Donbas NPU Explosive Ordnance Disposal team responded to over 560 calls. Overall, the team has disposed of 41,000 explosive threats and 2,000kg of explosive substances. 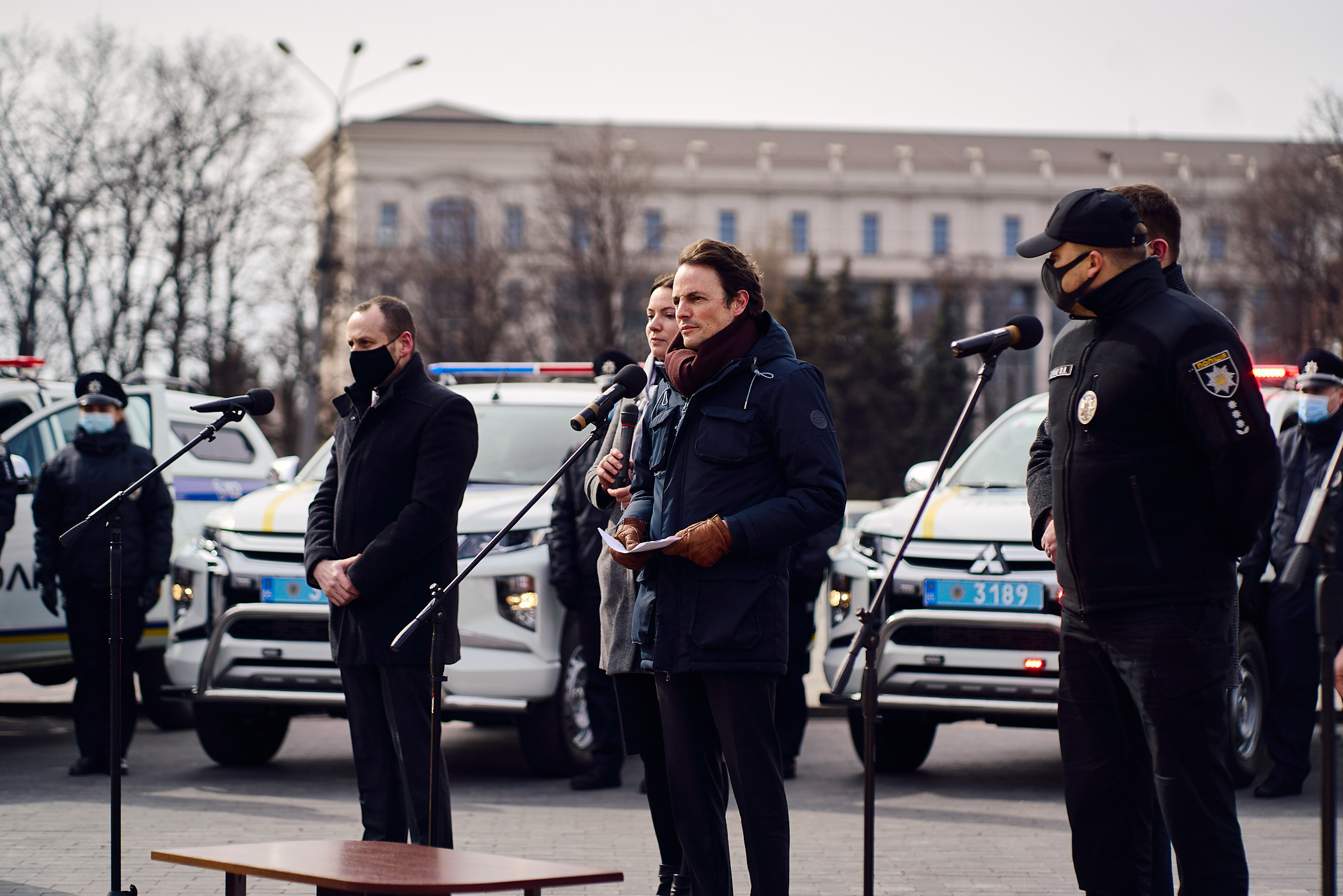 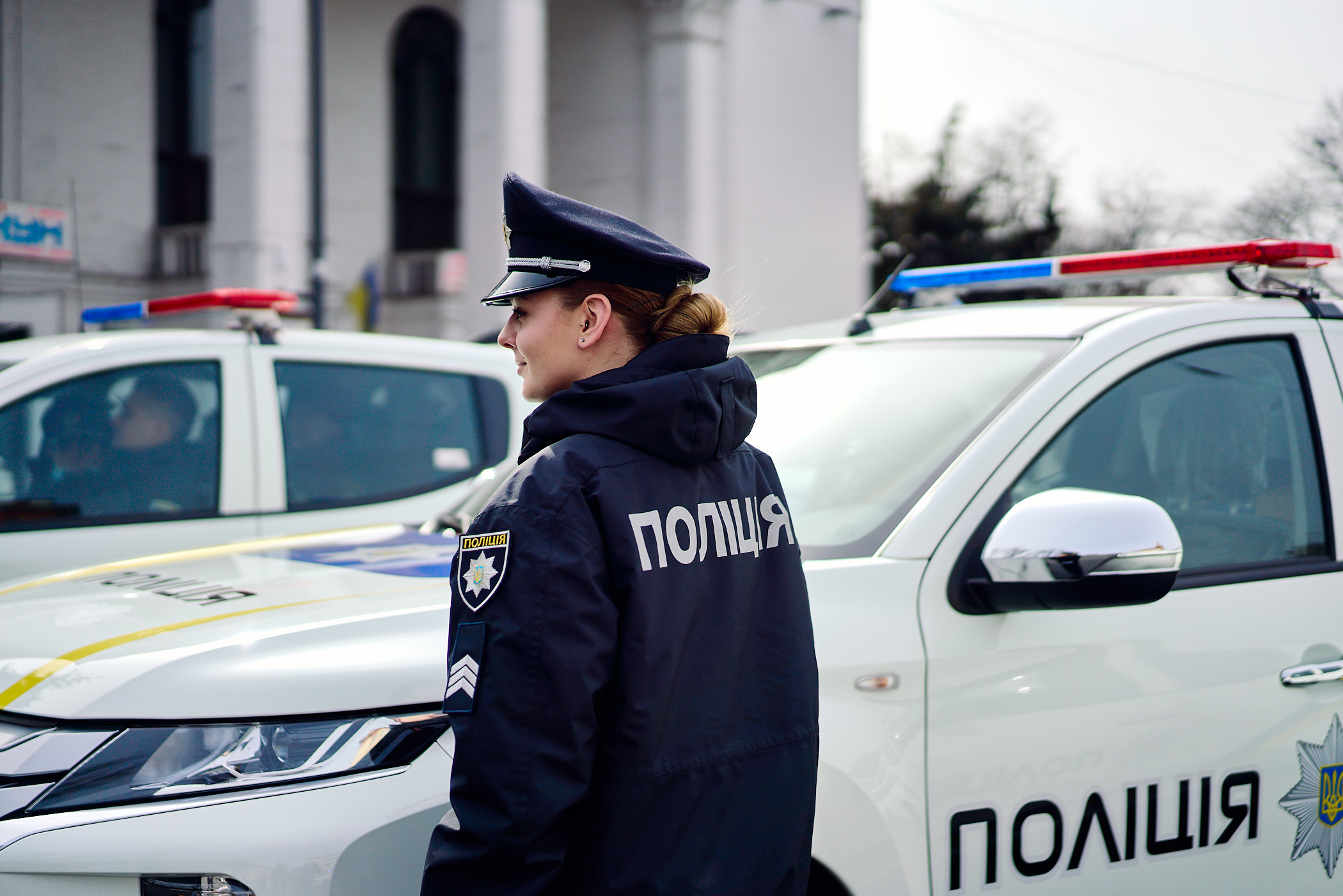 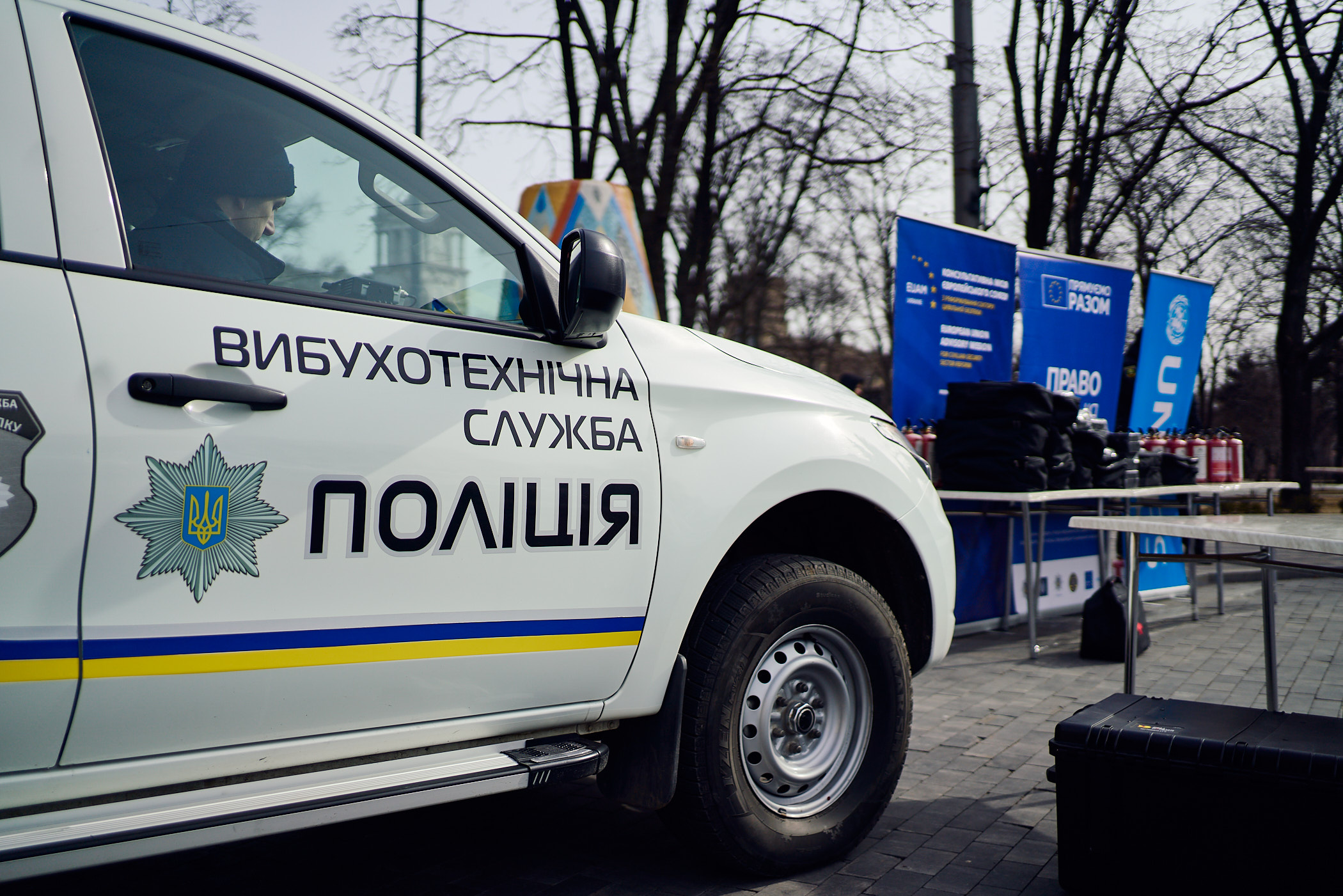 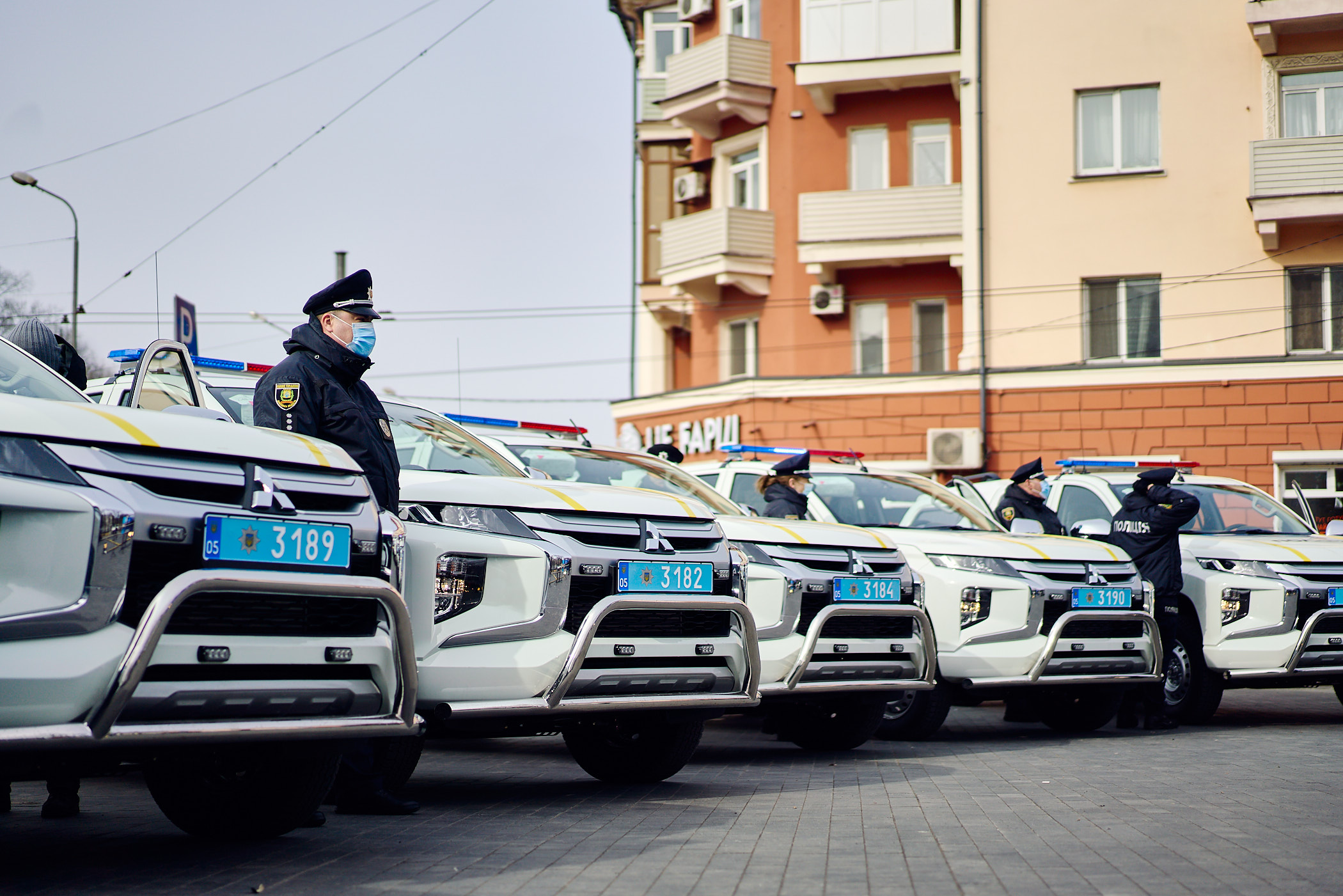 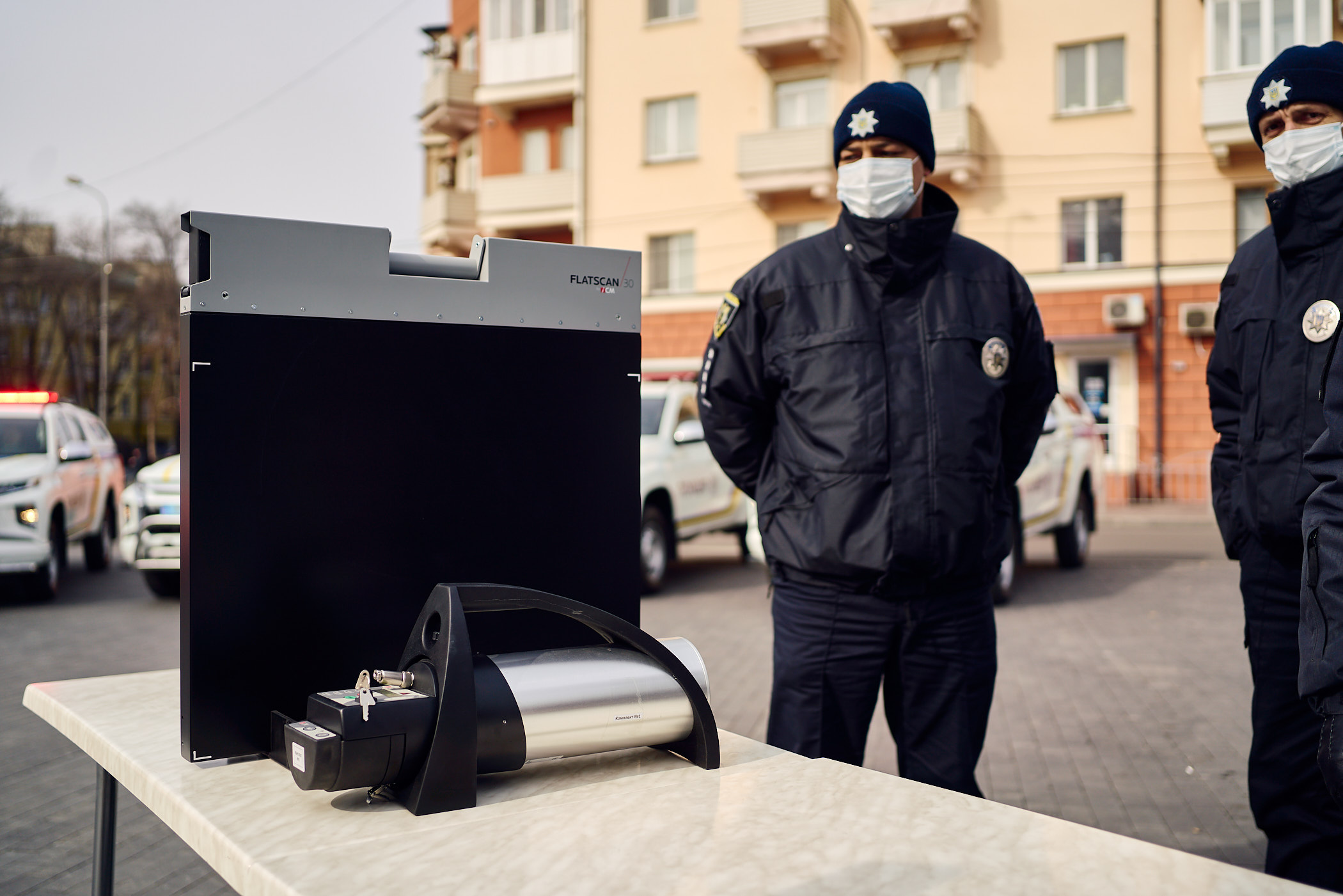 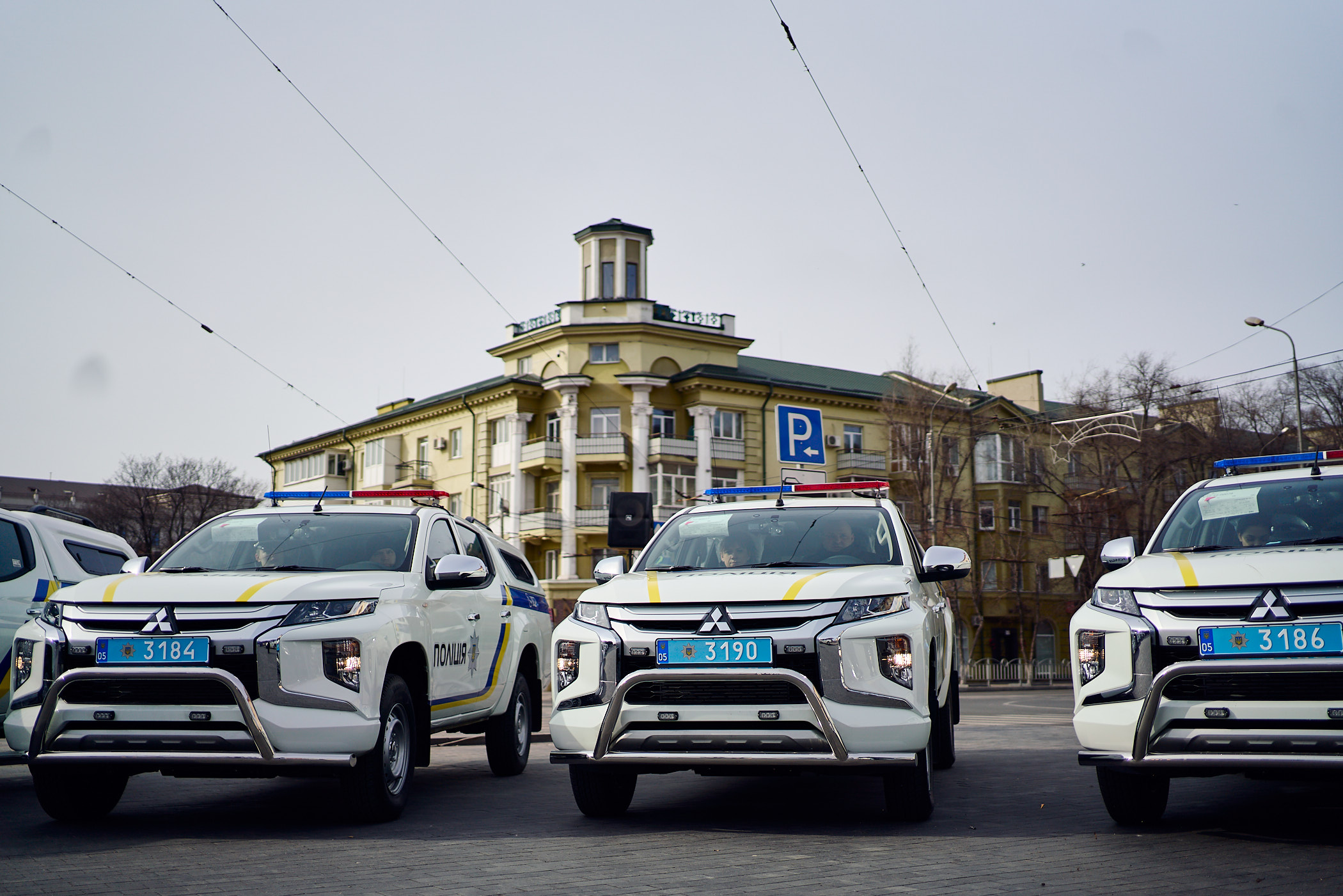 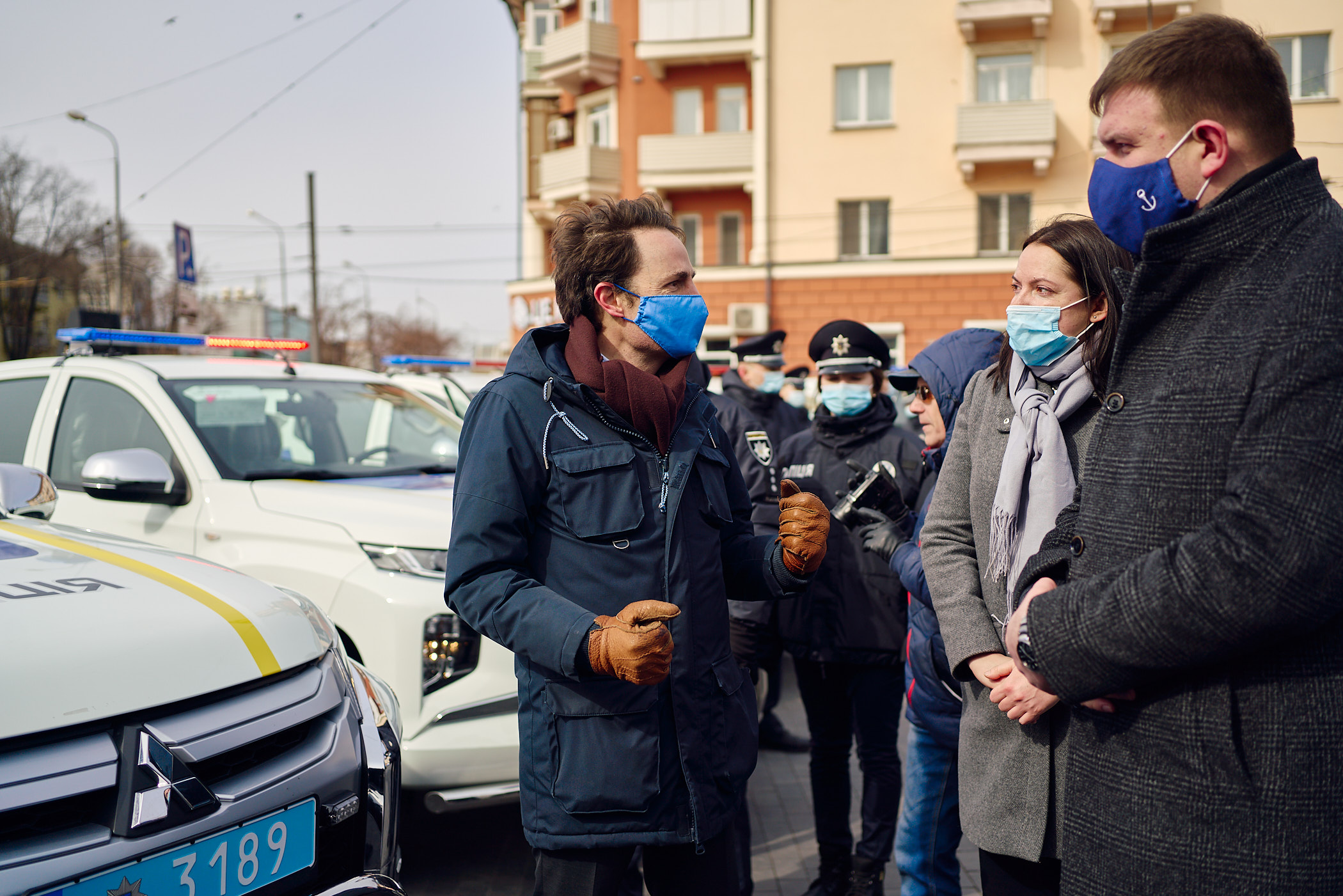 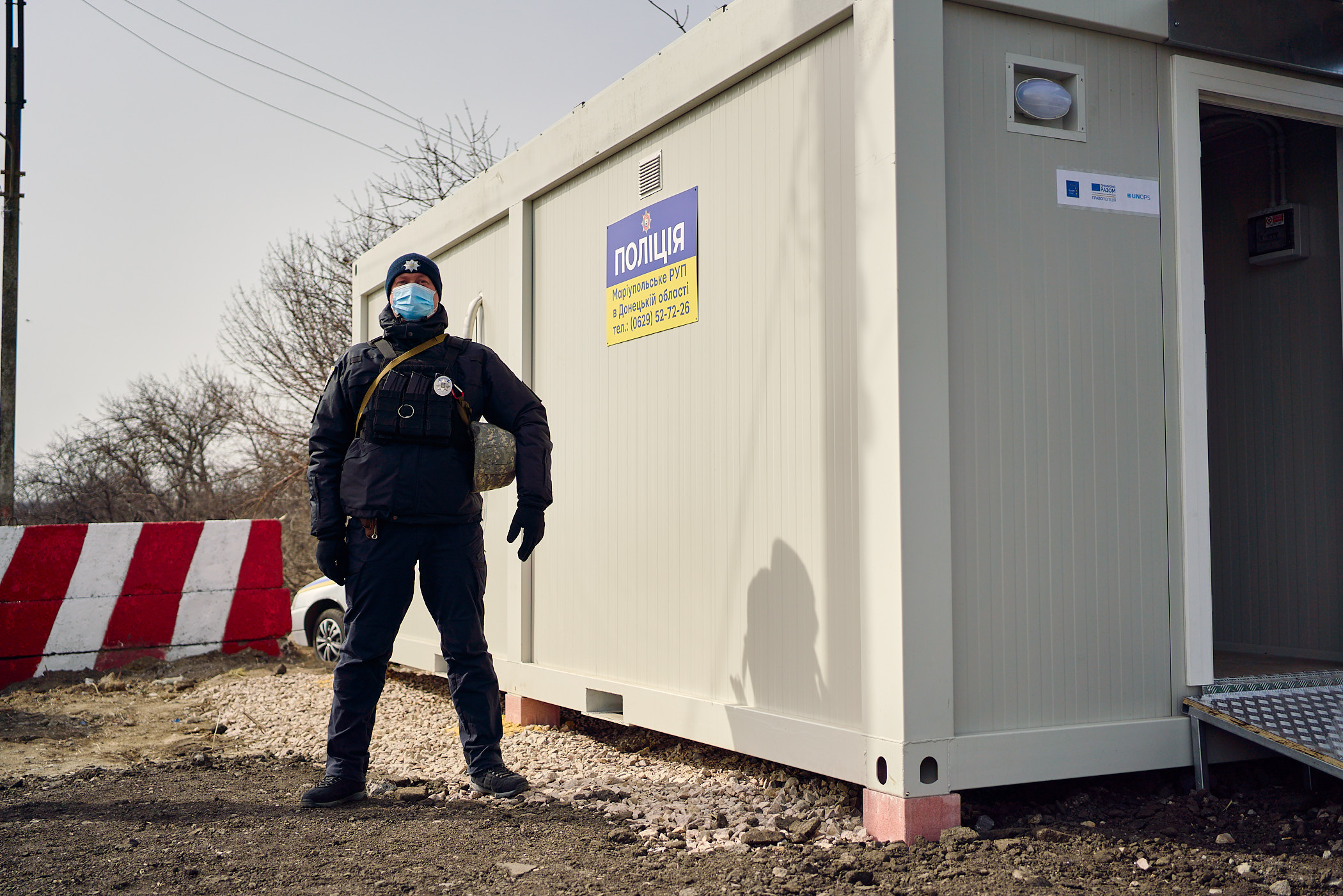 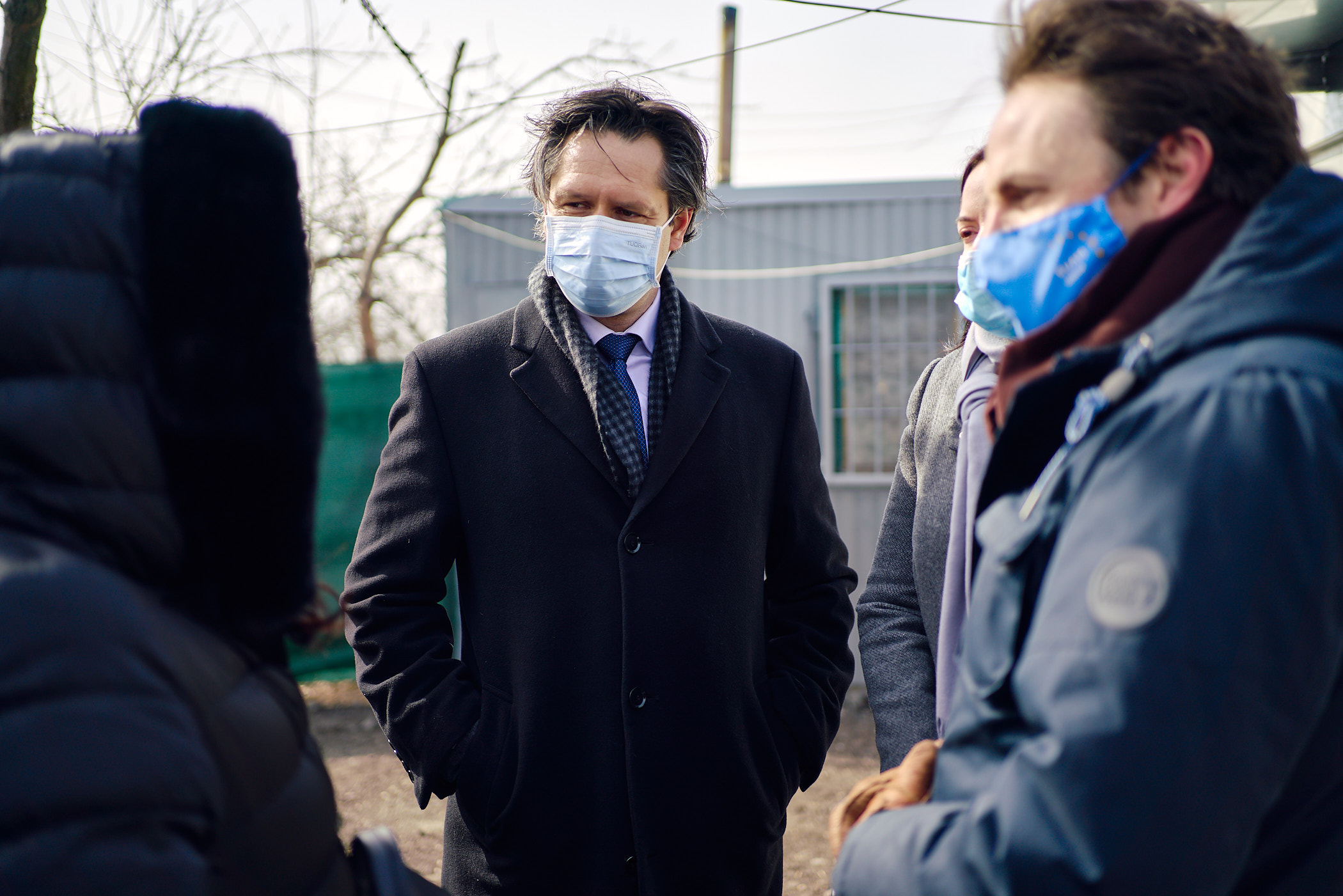 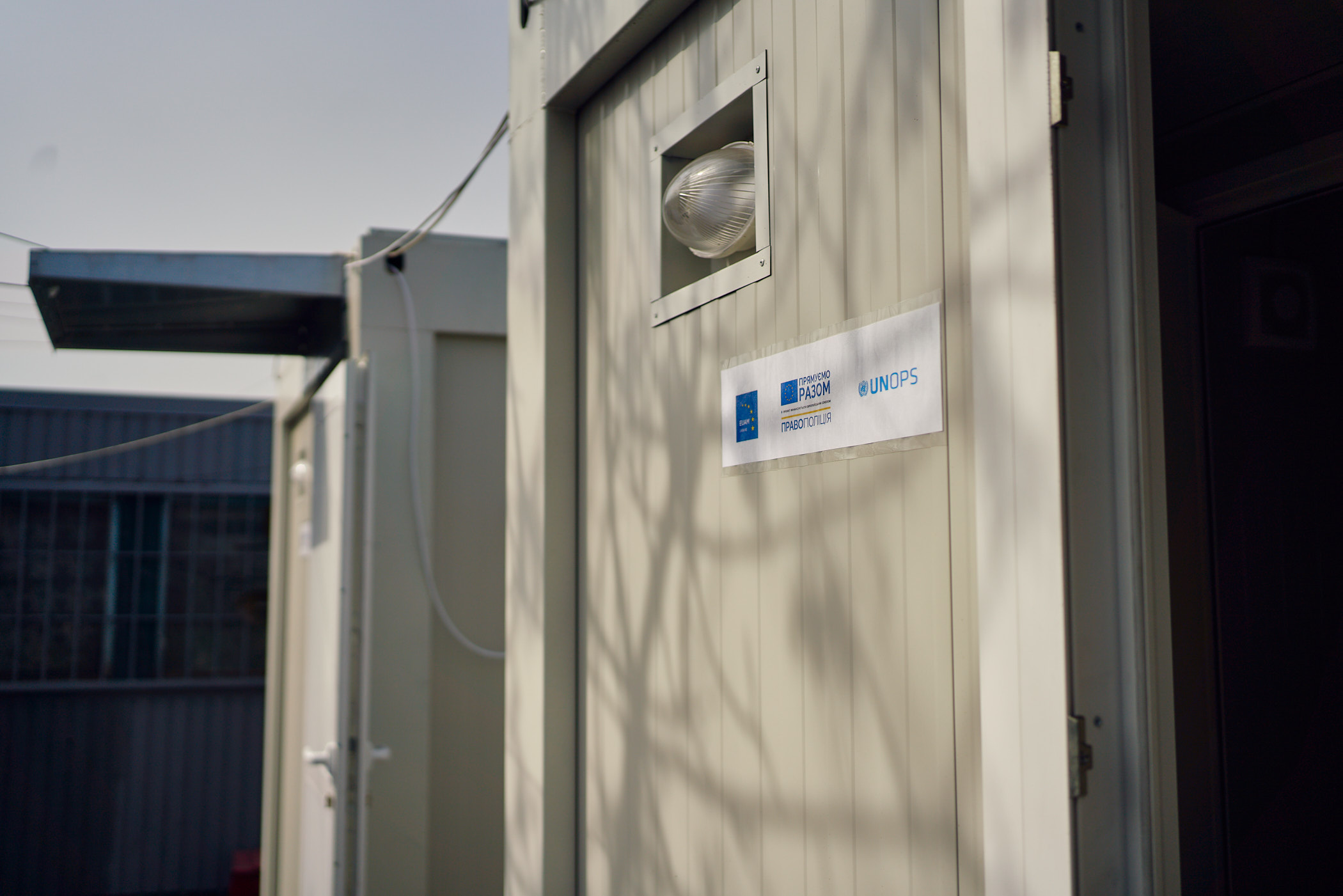 Delivery of checkpoint modules, vehicles, scanners and other equipment will enable police based in Donetsk region to better perform their jobs is licensed under a Creative Commons Attribution-Share Alike 4.0 License.