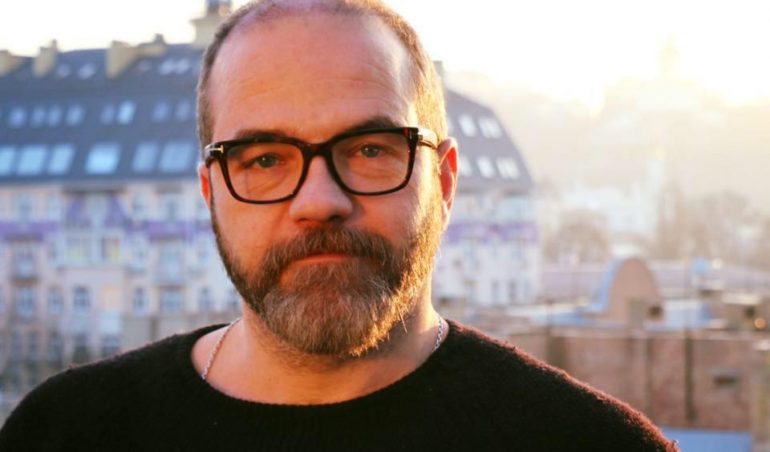 The Kyiv Equality March, celebrated this year on 18 June, is a chance for the city’s residents and visitors to come out in favour of equal rights for the LGBTI community. After a widely praised organisational effort last year, including a firm commitment from the then newly established National Police of Ukraine to ensure that the event took place peacefully, this year’s march is expected to draw substantially bigger numbers.

With the Equality March on the horizon, EUAM Gender Adviser Søren Sønderstrup gives his views on the current state of play with regard to equal rights in Ukraine.

How would you describe the current environment for LGBTI rights in Ukraine?

There has been progress, but the atmosphere is still confrontational and surprisingly emotional. This is because there are many vocal opponents of equal rights for LGBTI people. Opposition is based on the widespread idea in Ukraine that different sexual orientations or gender identities are a choice or something that people get infected with. As if you become gay just by talking to a gay person!

Most people have come round to the view that you shouldn’t discriminate against anyone based on their ethnicity, but in Ukraine as an example, it is still debated whether the Labour Code should permit discrimination on the basis of sexual orientation, or whether the word gender is a threat to the family and traditional Ukrainian values.

The Labour Code now complies with Human Rights standards but any talk of LGBTI issues still evokes fear and anger in many people.

I would ask opponents of equal rights if they really think that someone would willingly choose a sexuality that puts them in danger of physical violence, bullying and discrimination. Being LGBTI is not a disease – the real social disease is not recognising and accepting people for who they are.

You mentioned though that there was some progress on LGBTI issues in Ukraine?

There certainly is. One major value change that the Maidan brought with it was an emphasis on inclusiveness. At a political level there is greater support for the recognition of difference. Last year’s Equality March is a great example. The Police and National Guard also made sure that freedom of expression and assembly were protected and made this a priority. Also, when you look at the media coverage of the event last year, it was largely positive. This is a radical change.

Reform of the Labour Code to prevent discrimination on the basis of sexuality and gender identity admittedly met a lot of resistance when it was debated in the Ukrainian Parliament last year. The President then ensured that discrimination in the workplace was prohibited as part of Ukraine’s obligations in the EU Association Agreement.

While there is support at a political level, it will take time for this to translate into a greater understanding of what it means to be LGBTI and general Human Rights among ordinary people.

What challenges do LGBTI people in Ukraine face?

I know many LGBTI Ukrainians who refuse to join the Equality March because they are scared that if they are photographed there, they will be ostracised by their families or fired from their job. Socially being LGBTI remains a great stigma and many families feel the ‘disgrace’ of having an LGBTI child. A large number of gay people live a secret life, which is a danger to their health and wellbeing. And there is still far too much violence or hate crimes against LGBTI people or their defenders.

I can give you an example of both the violence and the shame that LGBTI people face from my own experience. I was beaten up when with a gay friend in Dnipro a few years ago. The friend did not want to report the issue to the police because he feared this would expose his sexuality. I did report the crime, but the police officer on duty had trouble believing this was a hate crime. Even though the gang that beat us up were shouting derogatory words for gay people. In the end the case was never followed through.

EUAM’s mandate is to assist reform in the civilian security sector – how would you evaluate progress there?

EUAM’s position is that human rights are equal rights for everyone no matter what their sexuality. We promote equality as a basic human right for all.

As I mentioned earlier, there has been progress at a political level, but all too often LGBTI rights are something that suffers from a lack of awareness. There are times when criminal cases aren’t followed through, or hate crimes are not treated as such. Many people working in law enforcement or rule of law institutions still treat LGBTI issues as a taboo and fail to appropriately support victims.

I’d like to say that the fact that more people are expected to join the March this year is an indication of trust in the police as defenders of human rights. People will join the March because they trust the police to protect them.

“People will join the Equality March because they trust the police to protect them” — EUAM Gender Adviser Søren Sønderstrup is licensed under a Creative Commons Attribution-Share Alike 4.0 License.