#16DaysofActivism: Putting an end to gender-based violence by empowering women and standing with survivors 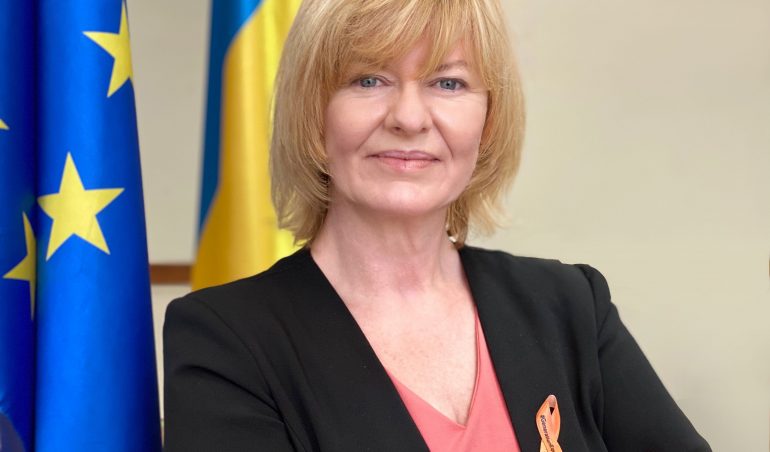 No matter their gender, all people deserve to live in peace, free from fear and injury, confident that their lives are not in danger, and have the space and means to develop their full potential. It is to remind this fundamental message that the European Union Advisory Mission for Civilian Security Sector Reform in Ukraine (EUAM) decided to join once again the 16 Days of Activism against Gender-Based Violence (GBV) campaign, taking place from 25 November to 10 December 2021. I am committed to supporting the #OrangetheWorld movement every year. Here is why.

Unfortunately, violence against women still exists globally, and European Union member states, just like Ukraine, are no exception. From my experience, I know that gender-based violence can happen everywhere. At home or in the street, in public or private life, regardless of culture, religion, socioeconomic status or education levels. The abuse may be physical, sexual, economic or psychological, and it is always rooted in gender inequality. In all cases, victims need vast support from the community, not least from the police and justice sectors.

Before joining international missions like EUAM, I worked for sixteen years as a police officer in Ireland, including eight years in a police station. Investigating domestic violence cases very brutally opened my eyes to the harsh reality found behind closed doors. It also brought home to me the urgency to act.

One case particularly remains with me. It was a case of a woman in her 50s, a mother and professional career woman. She arrived at the police station well-dressed, well-spoken, confident. Her confidence disappeared as soon as she started to speak about her experience. She had been suffering domestic violence at the hands of her husband for years. Although she had approached the police previously, the responses were not sufficient, being advised to try to resolve the situation herself, through counselling, with her husband.

However, unlike previous generations of police officers, when I joined the police, there was training in dealing with domestic violence – it has significantly improved also since then with special units and focused dedicated training. When I met this woman, I had some resources and a referral system. I progressed her case, oriented her towards other agencies that could better support her and even advised her on practical solutions. For her, I know now that this moment was pivotal. Having someone to listen to her was necessary. Having someone to act was essential. It gave her the confidence to follow her case through, get the right supports, and become a survivor. Through that case and similar ones, I learned that to be able to act, it is necessary to have the right systems in place, promote awareness, and ensure proper training and development is in place for police and prosecutors.

In Ukraine, domestic violence is the most common form of gender-based violence. A recent study by the Organisation for Security and Co-operation in Europe (OSCE) shows that 67% of women in Ukraine above the age of 15 have experienced psychological, physical or sexual violence. In most cases, the perpetrator is their intimate partner. For the month of May 2020 only, the National Police of Ukraine recorded 84,237 complaints of domestic violence – of which women filed 76%. A terrifying figure when one knows that the reported cases are only the tip of the iceberg, and given the many unreported cases, the actual number of domestic violence cases is much higher.

EUAM is committed to ending violence against women in Ukraine. Through strategic advice, practical training, and awareness-raising, the Mission members work all year round to promote gender equality amongst the state authorities and civil society. This year, the Mission supported the development and adoption of the Ukrainian National Human Rights Strategy (NHRS), a decisive step to improve the legislation on the prevention of violence against women and the efficiency of investigations and victim assistance systems. In parallel, EUAM also keeps working with the government to ratify the Istanbul Convention, the most far-reaching international treaty on gender-based and domestic violence, which sets the minimum standards on prevention, protection, and prosecution of the cases.

In Ukraine, as in many other places, violence against women and girls is often not taken seriously by security actors like the police or the prosecution – as would be, for example, murder or aggression in plain sight. Yet, women die each year of the “shadow pandemic” of gender-based violence.

For me, the solutions lay precisely in the reform of the civilian security sector, in which the Mission is involved since 2014. On this, I would like to personally congratulate the Deputy Minister of Internal Affairs Ms Kateryna Pavlichenko, for launching this new platform on the Ministry’s website dedicated to domestic violence victims. The Mission is proud to collaborate with professional women’s organisations such as the Ukrainian Association of Women in Law Enforcement (UAWLE) and the Ukrainian Women Lawyers Association “JurFem”.

I believe that it is by raising women’s voices and involving men and boys that we will prevent and combat gender-based violence. Now is the time to put an end to it, to empower women and to stand with survivors!

Chief of Staff of the EU Advisory Mission

This opinion piece was originally published in Ukrainska Pravda on 05 December, 2021 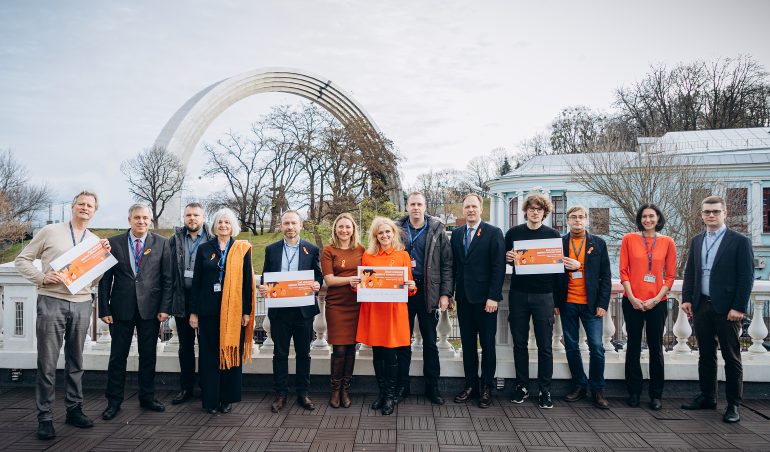 #16DaysofActivism: Putting an end to gender-based violence by empowering women and standing with survivors is licensed under a Creative Commons Attribution-Share Alike 4.0 License.