The EU Advisory Mission this week started a training for 16 officers from investigation departments of the National Police of Ukraine on how to operate drones. From March, two officers in each of Lviv, Kharkiv, Odesa, Kyiv, Kirovohrad, Mykolaiv and Rivne regions will be able to use drones during crime-scene investigations. The unmanned aerial equipment will allow them to collect evidence in serious cases (such as explosions, car accidents, etc) where it is challenging to do so on the ground. EUAM is also donating eight drones to the National Police by way of further support. 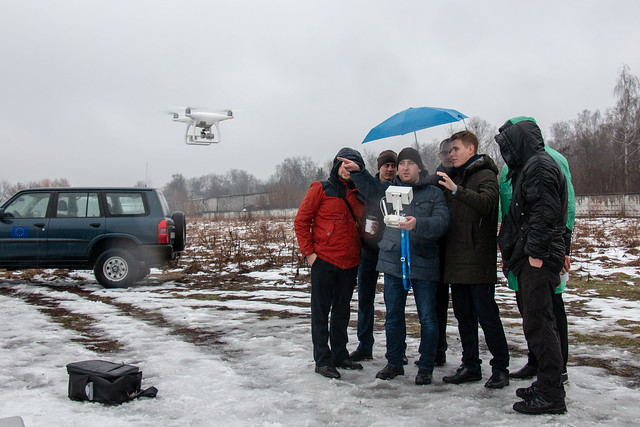 Boost for police investigation capacity as drones get off ground in seven regions is licensed under a Creative Commons Attribution-Share Alike 4.0 License.