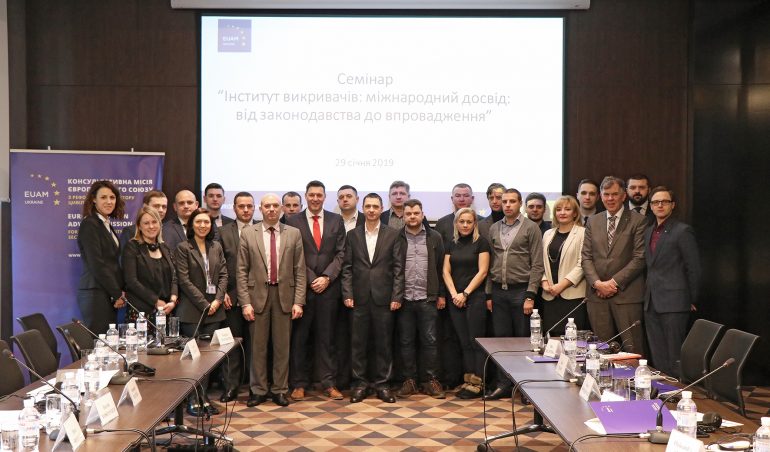 A workshop organised by the EU Advisory Mission Ukraine (EUAM) in Lviv on 29 January 2019 looked at the current state of whistleblower protection in Ukraine and discussed the experience of Latvia and the Netherlands as potential models to support the development of a Ukrainian whistleblowing framework.

“Introducing legislation to protect whistleblowers is part of Ukraine’s Association Agenda with the EU, but as yet, the draft law on whistleblowing has not been passed,“ said Peter Staidl, EUAM Senior Adviser on Anti-Corruption. “Protecting people who are brave enough to risk their careers to expose corruption and other forms of illegal or unethical behaviour is a key component in the fight for transparency and accountability in any democratic society and we hope that the relevant legislation is passed soon.”

The workshop was attended by representatives of the Regional State Administration, City Council, law enforcement agencies and anti-corruption NGO in Lviv. After discussing the concept of whistleblowing and the current situation in Ukraine, the recently passed Latvian legislation on whistleblower protection was presented by Janis Veide, an expert from the Latvian Chapter of the Transparency International. Mr. Veide shared lessons learned during the legislative process and issues with adopting the law. The following session was delivered by Piet de Gelder, Advisor on Internal Security and Integrity of the Dutch Police Force and looked at the experience of the Netherlands as a country which has made substantial progress in the implementation of whistleblower protections.

Mr. de Gelder stressed that individuals have a responsibility to identify and report wrongdoing. “It takes as little as one generation to eliminate corrupt practices in the police, as is proven by the experience of the Netherlands. However, the change has to start within each of us,” he stated. 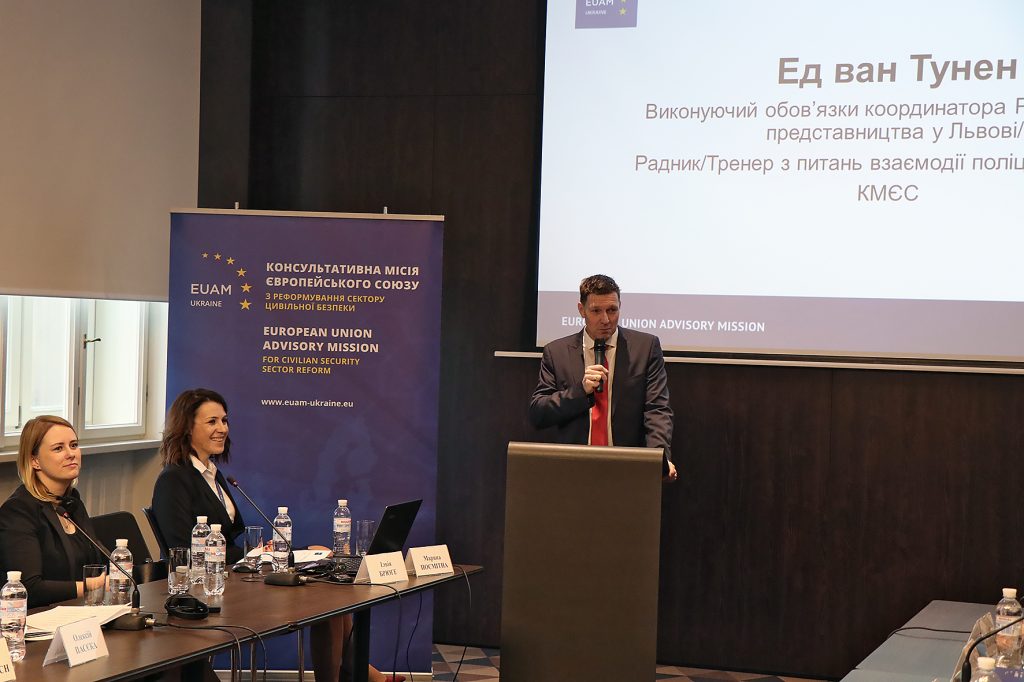