Why victims of crime suffer twice in Ukraine 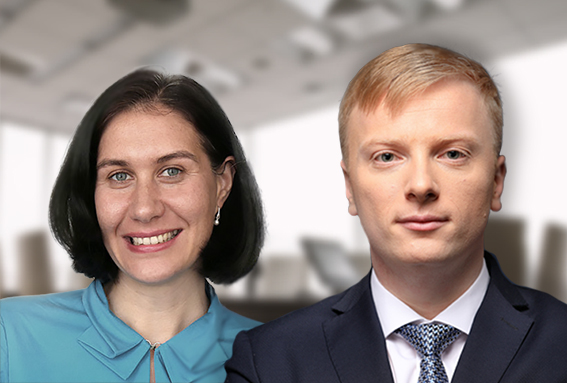 If you were unlucky to be a victim of a crime, then you were unlucky twice. Firstly, when you faced physical or moral suffering; and secondly, when the perpetrators are brought to justice. You would imagine that after any crime, victims should be helped to cope with the shock and suffering that goes with that, and all procedural actions should be compassionate. But in Ukraine, things are close to the contrary.

There is no qualified psychological support after a crime is committed, with the exception of support offered by relatives or friends. You have to rely only on yourself and your relatives if you need to pay for medical treatment. The situation is even more dire if a murder was committed and money is needed to pay for a funeral.

From theoutset in Ukraine, problems arise in recognising a victim’s status. If you do not have such a status, one cannot enjoy the rights of a victim (access to the case file, filing a claim for damages, etc.). In practice, the fact that you are a victim is often confirmed by a leaflet about the rights of the victim. This is a kind of confirming document, but it is not always possible to obtain one.

Another problematic procedure is interrogation. Ukrainian law-enforcement officers are not trained in how to show sensitivity to victims. If they do, this is usually down to the personal qualities of individual law enforcement officers rather than to adherence to the law. Victims are also asked questions over and over, and this may last for years, often until the offender is sentenced.

In 2012, Ukraine adopted a new Criminal Procedure Code (CPC). In principle, the international community regards this Code as a positive step, although its implementation has caused difficulties in practice. A prerequisite for its adoption was a number of violations linked to the inadequate protection of human rights under the old CPC found by the European Court of Human Rights.

Perhaps this is precisely why we often hear from practitioners that today in Ukraine there is more concern for the perpetrator than for the victim.

It is worth recognising that the trend of protecting victims’ rights in the criminal process is relatively new, even in the European Union itself. The so-called ‘victim-centred approach’ is a novelty. At the EU level, it started to be used only with the adoption of the EU victims’ protection Directive in 2012 – the same year as the new CPC. So it is no surprise that in Ukraine these standards are only beginning to attract attention.

It is against this background that the European Union Advisory Mission encountered some difficulties when we tried to implement new standards for the protection of victims in Ukrainian legislation. A telling example is the concept of protection against secondary victimization.

What is secondary victimization and how to protect against it?

If the state failed to protect the victim from crime, then it should protect such a victim at least from the consequences of the crime. Protection from secondary victimization is when the state protects the victim from negative psychological, material and legal consequences. Some types of victims are particularly vulnerable to secondary victimization. Among them are victims of violence, including sexual violence, trafficking in human beings, hate crimes, terrorism or crimes against children in general.

In the EU, a common trend is the creation of a social service for victims. It provides psychological support, basic legal clarification, and information about processing of the case.

For example, in Sweden, immediately after a crime is committed, the police ask the victim whether he/she wants to be contacted by the victim support service. The service can then provide the necessary support. To prevent secondary victimization, such a service should be created in Ukraine, but unfortunately the idea has yet to be discussed.

In the meantime, however, there are ways to prevent secondary victimization through slight changes to the current legislation, primarily to the CPC. Since the victim may suffer significant mental distress from encountering the abuser, such meetings should be minimized. In court session, this can be done by excluding visual contact between the victim and the accused with the help of a special blinding glassor the use of videoconference devices. This can also be done by preventing the accused from approaching a victim to within a certain distance. In EU countries, courts sometimes have separate waiting rooms for victims, so that they do not have to wait in corridors alongside offenders.Video-conference equipment can also be used for remote testimony for a trial that is in the same court building.

The number of interrogations of the victim should be minimal, especially when it comes to sensitive (vulnerable) victims. Interrogations should be conducted in a delicate and respectful manner, with the possibility of using the same video recordings of interviews played back in court. One should respect the need to minimize all other procedural actions with the victim’s participation. The less the victim has to remember about the grief that happened to him or her, the better.

Properly informing the victim about the processing of the case is important not only from the psychological perspective, but also from the legal point of view. Victims should be kept informed of each stage of the case and about the key points. It is particularly important that vulnerable victims, such as victims of violent crime, also have the right to free legal aid. Photos and videos from the crime scene can mean an increased interest of society. Reports of criminal events, photos and videos from crime scenes often reach the media. But few people consider the feelings of the victim, whose grief is on public display.

This situation is unacceptable. The disclosure of any information that may lead to the identification of the victim without his/her consent is not right. This should be clearly enshrined in the law, with exceptions only made for cases where the public interest outweighs the right to privacy – for example, if a crime is committed by a high-ranking official.

Currently in Ukraine, there is no state compensation mechanism for the damage caused by crime. You might say “let the offender pay”. However, our analysis shows that in practice it is often impossible to obtain compensation from a convicted person. In such cases, the state would have to bear the damage, although it only applies to violent crimes. To do this, we propose to create a special compensation fund for victims of violent crimes. Such a fund would help the victim cope after the crime, for instance covering medical expenses. The state would then have a right to recoup the compensation paid to the victim from the offender. For the protection against secondary victimization, it is especially important to provide compensation for primary treatment and rehabilitation. We have proposed that this happens even before the investigation and trial are completed.

It seems that strengthening the protection of the victim has a future, but that future cannot come soon enough.

Why victims of crime suffer twice in Ukraine is licensed under a Creative Commons Attribution-Share Alike 4.0 License.