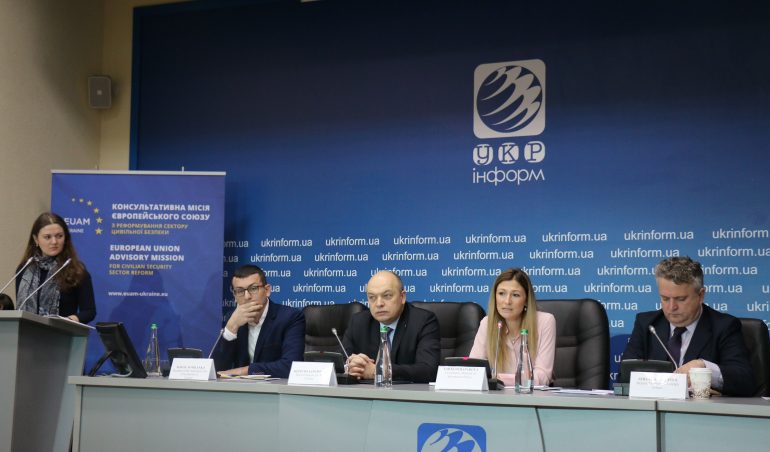 In a unique first-time partnership, the European Union Advisory Mission is this week teaming up with UNESCO (the United Nations Educational, Scientific and Cultural Organization) to address the issue of protection of journalists in Ukraine.

Ukraine has often been criticised for repression of free speech in general and of free press in particular, and although the government has been lauded for some improvement since the Revolution of Dignity four years ago,  concerns remain.

This week’s event, whose official title is ‘Promoting Human Rights and the Rule of Law through Freedom of Expression and the Safety of Journalists in Ukraine’, is bringing together 25 representatives from Ukraine’s Ministry of Internal Affairs and National Police, and eight journalists. They will address issues relevant to the EUAM mandate such as public order, criminal investigation, human rights, and more specifically, the protection of journalists in public order operations, and building media relations. Yesterday’s opening ceremony was also attended by the National Union of Journalists, Ministry of information Policy, Ministry of Foreign Affairs  and Institute of Mass Information.

“This is an important training because the ongoing reform will not be possible unless there is a free and independent media that can provide oversight and accountability,” said Ola Quarnstrom, EUAM’s Human Rights and Minorities Advisor. “There have been worrying events in the past few years where journalists have been attacked. I therefore salute the willingness of the Ministry of Internal Affairs and National Police of Ukraine in engaging in this initiative to build capacities in the area of protection of journalists. This is also an historic occasion, because it is the first instance of cooperation between EUAM and UNESCO.” 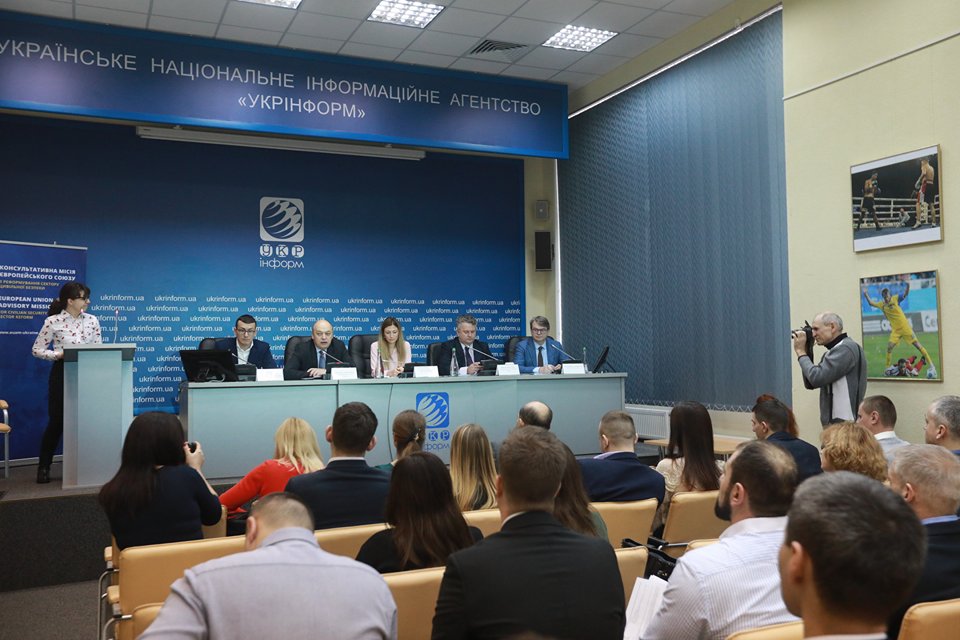 In the Freedom House ‘Report on Freedom of the Press 2017’, Ukraine is ranked as a ‘partly free country’. Ukraine’s oligarchic ownership structure leads to an ostensible freedom of speech, but one which is subordinated to financial and political interests, imposing self-censorship on journalists who are dependent on the interest of their media owner. The report says that Ukraine’s media environment has significantly improved since 2014, as ongoing reforms continue to strengthen the legislative environment for journalists and media outlets, and although there has been a general decline, physical attacks against journalists and impunity for those crimes persist.

Protection of journalists in focus as EUAM and UNESCO team up for first time is licensed under a Creative Commons Attribution-Share Alike 4.0 License.