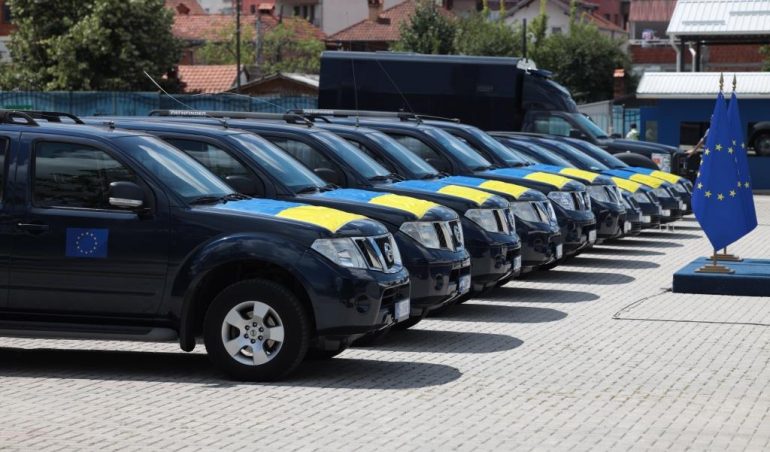 Yesterday, on 12 July 2022, EUAM’s sister Mission, the EU Rule of Law Mission in Kosovo (EULEX), sent a convoy of 10 cars and 2 special prisoner escort vans from its Mission headquarters in Pristina (Kosovo) to support Ukraine and its people in their fight against the Russian unprovoked and unjustified military aggression.  The vehicles, filled with food, clothes, sleeping bags, hygiene products and medical supplies will be handed by EUAM Ukraine to the State Border Guard Service of Ukraine.

“In response to Russia’s military aggression against Ukraine, EUAM has supported its partners through the donation of material and equipment such as first aid kits, personal protective gear and vehicles. The donation of these vehicles by our sister Mission EULEX Kosovo is a tangible example how the heroic defence of the Ukrainian nation has inspired the whole EU community to help and to support Ukraine. EUAM is delighted to pass these vehicles on to the Ukrainian Border Guard Service, one of the Mission’s key partners. I would like to express my sincere thanks to EULEX Kosovo and its staff for this generous initiative which demonstrates the added value that close cooperation between our civilian Missions generates,” – says Antti Hartikainen, Head of EUAM Ukraine.

The departure ceremony featured speeches by the Head of EULEX, Lars-Gunnar Wigemark, the Deputy Prime Minister and Minister of Foreign Affairs and Diaspora, Donika Gërvalla-Schwarz, the Head of the EU Office in Kosovo / EU Special Representative, Tomáš Szunyog and the Senior National Representative of the Ukrainian Contingent within KFOR, Ivan Nastenko. 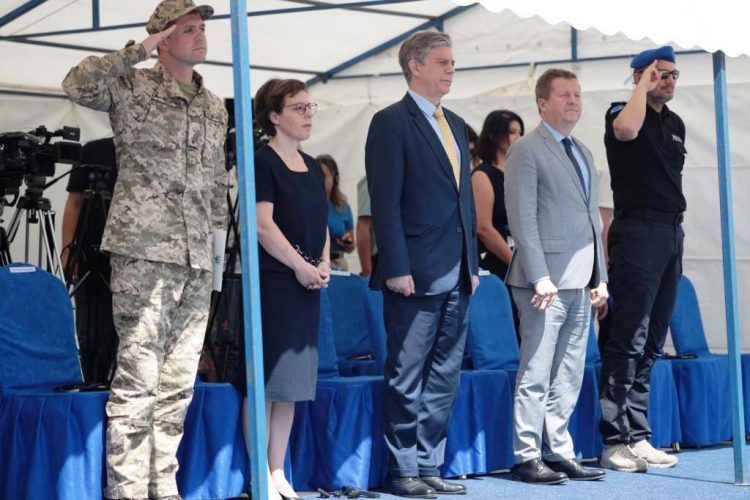 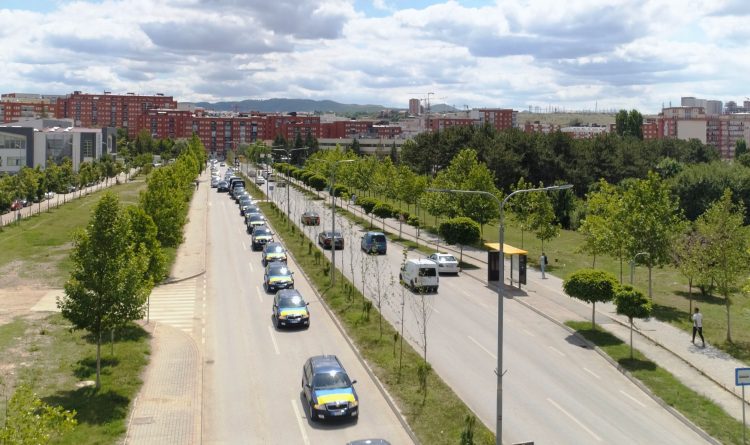 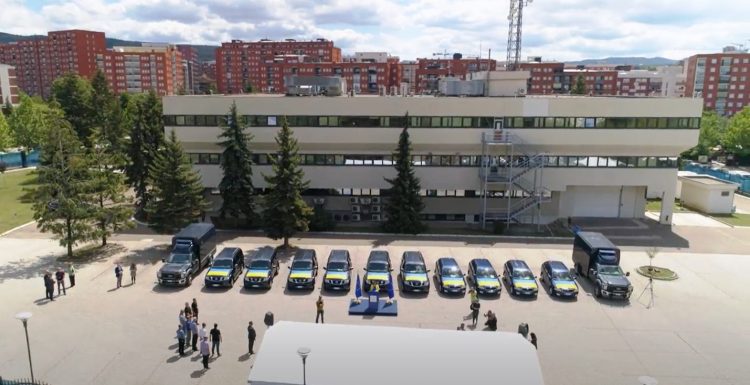 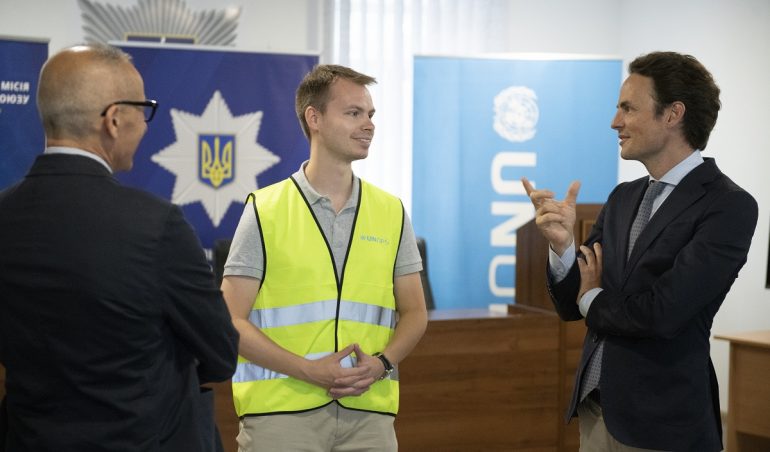 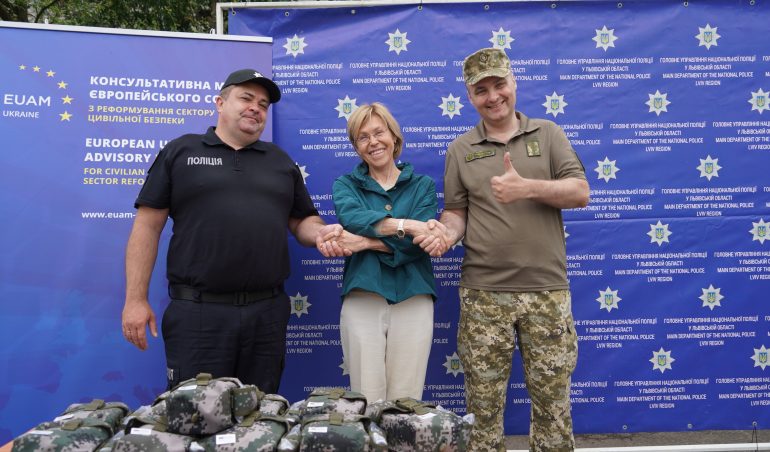 EUAM facilitates donation by the EU Rule of Law Mission in Kosovo for the Ukrainian border guards is licensed under a Creative Commons Attribution-Share Alike 4.0 License.