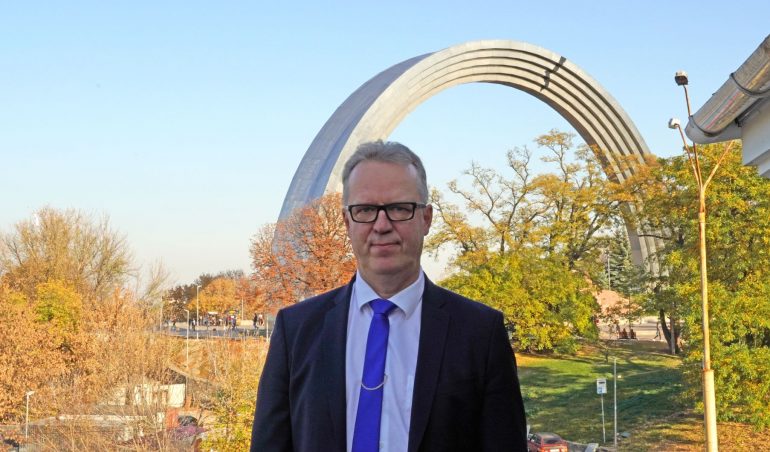 Over the 14 years I have been coming and going from Ukraine, I probably pay more attention than most to border crossing. That is partly due to the roles I have held for European Union border assistance programmes in Ukraine, and because I started my professional career as a border guard in Finland. I was born not far from the Finland-Russia border, so I do not need reminding not only of the core operational importance of border management to a nation’s internal security, but also of the deep symbolism of borders and how they (literally) set out the parametres of one’s national identity.

Poll figures in Ukraine have shown quite consistently that the State Border Guard Service is close to, or at the top, of the list of most trusted civilian security sector institutions. It is perceived by the public to have done relatively well in terms of reform during the years since Maidan. If you have passed through border security at Borispol airport recently, it is easy to see why. Border guards at passport control do a great job in ensuring that security concerns do not interfere with a smooth and hassle-free experience for travelers, with customs officials using risk analysis to check only a minimal number of luggage.

The emphasis is on customer service, and a warm welcome to the country. The mixture of male and female border officers creates a positive image of the country for visitors to Ukraine, and it is also obvious that the SBGS wants to make its anti-corruption campaign as visible as possible. I have been through many airports in Europe, and the impression created by the border guards upon entry to Ukraine is among the best anywhere. That positive first impression is vital, because it stays with people over the long term.

Because Ukraine shares a border with four European Union countries, the EU has a vital interest in ensuring that the SBGS is a modern, service-oriented agency working in the interests of the general public, and one that also ensures security. International cooperation is at the heart of border work and the SBGS has shown an openness and willingness to cooperate and receive advice from international bodies. Indeed, the development of an Integrated Border Management (IBM) Strategy – which includes this international cooperation aspect – was pivotal to the introduction of visa-free travel for Ukrainian citizens to the EU two years ago. I think that everybody can agree that that has been an overwhelming success.

With the support of the European Union Advisory Mission (EUAM), Ukraine has now drafted an updated IBM strategy and action plan that will come into effect in January 2020, for the three years until 2022. What gives me most satisfaction about this is that it was the first time that all of the agencies with a stake in border management have been involved in the IBM strategy and action plan drafting process. This includes not only the two main actors – border guard and customs services – but also agencies such as the State Migration Service, National Guard, National Police, and veterinary and phytosanitary services. This means that proper coordination was ensured from the initial planning stages. European actors such as the High-Level Expert Team, EU Delegation, the Support Group for Ukraine, Frontex, EUBAM, as well as ourselves, also supported the drafting process.

Now, not only is Ukraine’s latest IBM Strategy in line with EU regulations, but in some respects – such as trade facilitation – it is even more advanced than similar strategies elsewhere. Modern techniques for facilitating trade is crucial if Ukraine is to build upon the increase in activity that has occurred since the Association Agreement with the EU was signed in 2014. Strengthening those trade and transport corridors to the European Union is central to the present and future EU-Ukraine relationship.

For Ukraine, trade is not just a bridge to the rest of Europe, it is also the means by which the state is funded, through the export of goods and collection of customs revenues. Unfortunately, some estimates of the amount of state revenue lost to Ukraine through corruption each year is up to €4 – €6 billion – a staggering number, and the reason why reform of the customs service remains so urgent. Ukraine needs this revenue to fund an efficient health service and educate its young population. If the new government manages to deliver on real customs reform, as it has said it intends, then that would go a long way towards balancing the state budget and just as importantly, winning back public trust.

The early signs are promising, with a reform-minded Director General of Ukraine’s Customs Service pledging to overhaul the agency, including the introduction of changes such as the electronic centralization of customs procedures. This would allow for central control and oversight over financial flows pertaining to imports and exports at entry points all across Ukraine. It would constitute a major step forward, by substantially reducing opportunities for corruption.

Another anticipated step is the criminalization of smuggling activities, which will surely help de-shadow Ukraine`s economy. But these kind of restrictions may only work when accompanied by decent state supervision, that is why it is also important to provide Customs Service with proper investigative powers.

So while thousands of foreigners will testify to the professionalism of Ukraine’s border guards, evident in recent years during events such as EURO 2012, or the Eurovision, or the Champions League final, that is just part of the picture when it comes to border management. There is a lot more happening behind the scenes, with a high level of coordination and cooperation needed among multiple national and international actors to ensure effectiveness.

The IBM Strategy and Action Plan spells out the detail. It is the template through which Ukrainian institutions can achieve their border-management objectives. Finland was the first country to adopt IBM, and I can tell you that it is a successful model.

Strategies and action plans are all well and good of course, but the key thing is implementation, and that phase starts in January. EUAM will be on hand to support IBM implementation, and one of the best pieces of advice I could give to the government at this stage is to make sure that the inter-agency working group (the body that will oversee IBM implementation) is properly functioning. The key ingredient I mentioned to the success of the IBM drafting process – the engagement of all actors and proper coordination – is true not only for the planning stages; this must be maintained over the full course of the implementation period. That will be the true measure of success.

This opinion piece was originally published in Ukrainska Pravda on  23 October, 2019

Ukraine’s IBM Strategy: proper implementation will be true measure of success is licensed under a Creative Commons Attribution-Share Alike 4.0 License.