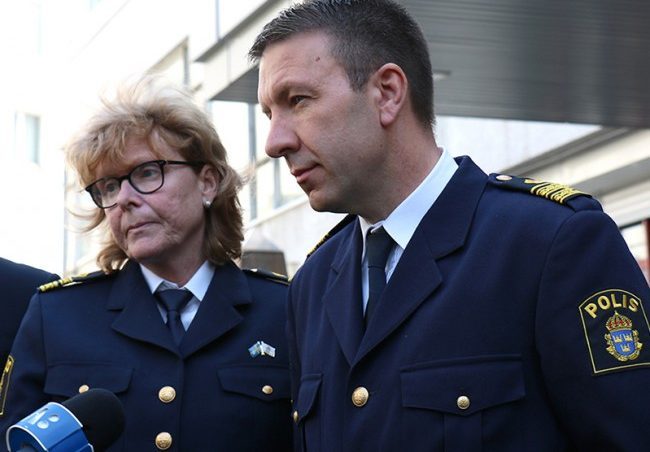 With international support, the National Police of Ukraine (NPU) is planning to introduce a new nationwide philosophy for policing mass events such as music festivals, sporting events and demonstrations.

One of the key elements to this new concept of public order policing is introducing ‘dialogue policing’ units, who patrol the event in high-visibility vests and maintain contact with event organisers and members of crowds as well as keep a look out for sources of potential trouble.

Elements of dialogue policing are being trialled at the Eurovision Song Contest in Kyiv and were also used during the World Ice Hockey Championships in Kyiv in April 2017.

As well as organising training in dialogue policing for the NPU, EUAM will also be working with the Swedish Police led ‘Supporting Police Reform in Ukraine’ (SPRU) project, worth EUR 6 million. This will support police reform in 20 police districts in mid-sized towns as well as assist the NPU at a central level develop new methods for public order policing based on the Scandinavian approach.

In this interview, Patrik Johansen, EUAM Lead Adviser in Public Order gives his insights into the Scandinavian approach to public order policing and also explains what it was like to be a senior public order officer during the Eurovision Song Contest in Malmö in 2013.

The ‘Supporting Police Reform in Ukraine’ project has promoting the Scandinavian approach to public order as one of its objectives. Can you tell us what this is?

The new approach to public order policing in Sweden started after there were major, violent riots in Gothenburg, Sweden in June 2001 during which a large number of protestors and police officers were injured.

This criticism prompted a major rethink of the way that the police respond to mass events. The Swedish Police looked at concepts from Germany the Netherlands and Denmark and developed a new model that mostly drew on the Danish concept.

One of the major changes was that the police started to delegate as much as possible to officers on the ground. One of the shortcomings in Gothenburg was that people had to wait too long for a decision from the top.

The new training system also made sure that everyone gets the same training. Having commanders attend the same training programmes as the people they lead results in a better understanding of the point of view of different colleagues.

De-escalation is key to the entire concept…

What do you mean by de-escalation?

It means that police forces do everything in their power to plan for and prevent potential violence. The four pillars of this approach are firstly getting as much knowledge as possible about the makeup of any crowd, secondly, learning to differentiate between different parts of the crowd and identify where there are risks, thirdly, constant dialogue and communication with event organisers and members of the crowd and lastly, facilitation.

Facilitation is the idea that the police’s job is to make sure that human rights – for example the right to assemble freely – is protected. As soon as we get the applications for an event or demonstrators from organisers, we try to help them make the event a success.

Take Eurovision for example, the approach should be that the police’s role is to ensure that everyone is safe and has a good time.

What else is part of the Scandinavian approach?

Another important part of the approach is to use a ‘graduated approach’ i.e. to add police officers only when necessary or decrease the level of policing if things are going calmly. This makes policing more efficient. As well as leading to an unacceptable level of injuries and damage to property, the riots in Gothenburg also used up a vast amount of police resources.

For the approach to work, the different parts of a police force have to work well together – for example, the planning and risk analysis has to be as accurate as possible, transport units have to be on hand to quickly deal with and take away disruptive elements from the crowd – it’s more than just dialogue with protestors.

What are the main advantages of this approach?

Since the new approach to public order policing was introduced, the number of injuries during demonstrations has decreased sharply. These statistics speak for themselves and we hope this model will be equally successful in Ukraine.

What has been the reaction of the Ukrainian police to the Scandinavian approach to public order?

Recently, we brought senior police officers from the National Police of Ukraine to Sweden to learn about the Scandinavian approach first hand. From the comments we received after the trip, I get the sense that the advantages of this model are now well understood. But completely changing any existing system is easier said than done.

I’m glad that elements of the dialogue policing approach have been adopted by the National Police of Ukraine for Eurovision though. It’s an important first step and I hope that this will be followed up with a more sustained commitment to dialogue policing.

On the subject of Eurovision, what was it like being part of the policing operation for the Malmö Song Contest in 2013?

It’s a enormous logistical exercise. Planning is everything. You won’t be able to plan for everything, but the more you plan, the better you will be able to deal with any eventuality.

For example, who does what if an unattended rucksack is found on the street – who calls who? Who takes which decisions? What happens if a group of singers gets food poisoning? Or if there is a power cut during the ceremony?

A large number of stakeholders were involved in Eurovision, so it was important to involve them from the beginning. I’m talking for example about businesses, small shops, the municipal transport company. We had a working group that brought together all the different people affected by the contest and met regularly.

At the event itself, we had representatives of the police, fire service, ambulance service, transport company and Swedish TV sitting together so that if anything went wrong we could take decisions on the spot.

One of the most interesting parts of the organisational process were the differing points of view between the TV people and the police – obviously we look at the event from totally different perspectives.

It was a great experience. And I think the NPU have done a thorough planning for the Eurovision in Kyiv. When NPU representatives were in Sweden recently, they got a chance to meet the commander of last year’s policing operation and ask questions.

Well, all I’d like to say is that I think that as always this year’s Swedish Eurovision entry is a potential winner!