Hate crime: a headache for law enforcement in Ukraine and Sweden alike 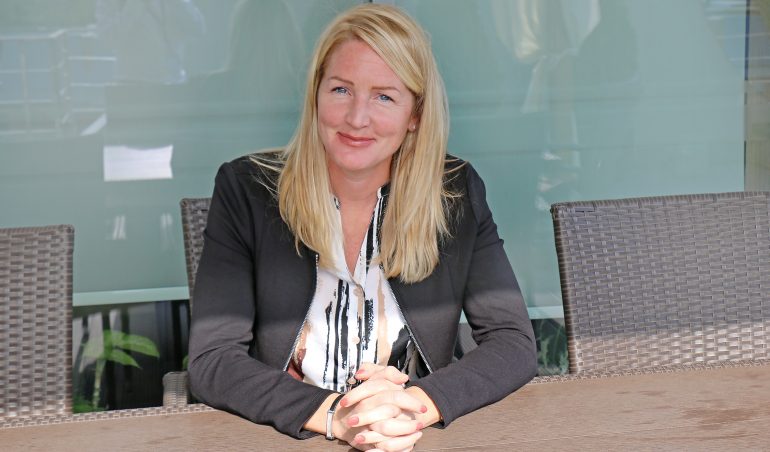 Helena Lundgren is a EUAM Senior Advisor on Prosecution, based at the mission’s Lviv Field Office, and last week she led a training programme for Ukrainian police officers and prosecutors on ‘hate crime’. Here, Helena elaborates on the characteristics of hate crime, and how the authorities in her native country, Sweden, have dealt with the phenomenon.

What is ‘hate crime’ and who are its victims?

A hate crime is a prejudice-motivated crime which occurs when a perpetrator targets a victim because of their membership (or perceived membership) of a certain social group or race. In most cases there is no connection and no previous interaction between the perpetrator and the victim – the victim is randomly attacked only due to his or her perceived belonging to a specific minority group. Such groups are identified in terms of their sex, ethnicity, disability, language, nationality, physical appearance, religion, gender identity or sexual orientation. Incidents commonly involve physical assault, damage to property, bullying, harassment, verbal abuse or insults, offensive graffiti or hate mail. In Ukraine, in many examples available we see that typical victims include the Roma community, Muslims, Jews, Jehovah Witnesses and LGTBI people.

It is hard to make comparisons and say how prevalent it is due to under reporting. Ukraine is a country of many minorities and in a country where there is low trust in law-enforcement agencies, under reporting is extremely likely. Also, in our work we have noticed that law-enforcement agency awareness of the problems is far too low, bias indicators are not recognised and therefore actual hate crimes are not investigated as such.

I have heard that hate crime is prevalent in Sweden. Can you give a few examples of that?

Hate crimes exist in all multicultural societies, including Sweden. There, racism seems to be the most common motive and perpetrators often come from right-wing extremist and Nazi groups. Sweden is generally looked upon as a very tolerant country but there is definitely under reporting of crimes there. If you go back to the question on prevalence in Ukraine and make a comparison, in Sweden the number of reported hate crime cases is between 5,000 and 7,000 per year, in Ukraine the number has increased from 33 in 2014 to 163 in 2017. Sweden has 10 million inhabitants and Ukraine over 40 million.

If mass immigration is a cause of hate crime (for example, in Sweden) then isn’t the best solution to stop immigration?

Even before the mass immigration in Sweden in 2015, the number of hate crimes reported were on almost the same level as today. I think you have to look for the reasons for hate crimes from a much wider perspective. There are loud voices in Sweden to stop immigration and we are facing big problems in integration, but we cannot step away from basic human rights and asylum principles in policy making on immigration. You could easily argue that one single hate crime in a country is one too many, and then you can also quite easily conclude that there are problems other than immigration you have to tackle. Immigration is not a main cause of hate crimes, however it expands the exposure and when integration is insufficient, the rate of hate-related crime will probably increase.

Does Sweden have strong legislation in place in order to prevent hate crime, and why is it so strong? Does it work?

The definition of hate crime in Sweden is any crime where the motive is to violate a person due to his or her belonging to one of the protected groups. There are also separate articles in the criminal code on hate speech against ethnic groups, and unlawful discrimination. The legislation is only strong if law enforcement agencies are able to identify the bias motives, and there has been a great effort put into this in Sweden and this started years ago. Awareness is rather high within law enforcement and civil society, and also includes strong NGOs raising relevant issues. Victim support is also quite developed in Sweden and this is an important factor since minority victims need more support. In order to safeguard identifying and investigating hate crimes properly, Sweden also has organised the prosecution offices so that there are especially appointed prosecutors handling these cases. As for police, the initial registration form template entails ticking a specific box, and the reporting policeman has to mark at the very beginning of the investigation if the suspected offence could possibly be a hate crime.

From your experience of Ukraine so far, do you think the country has a big problem with hate crime?

A. I would say yes, this is a big problem. Awareness is low and legislation and/or procedures do not ensure that these crimes are taken care of appropriately. There are many risks in relation to this. For example, if people feel that police is not efficient and does not contribute to solving these cases, revenge actions might occur and we could face a spiral of increasing violence. Another profound concern is that a society that does not guarantee basic human rights to all citizens and equal access to justice will never reach high democratic standards, so segregation continues and increases.

Can regular citizens do anything to prevent hate crime?

There are of course all sorts of ways you can engage on different levels. Just as a regular citizen you can choose to speak up when someone is expressing degrading slurs or jokes. You can react to racist or nazi symbols, make sure that stickers and graffiti is removed and you can show support for minorities, for instance by showing up at events like pride parades. Reaching out to minorities by saying hello to people in your neighbourhood, talking to someone on the bus and small things like that are also good ways for each and every one of us to help strengthen their position in society. As a parent, talking to your children about tolerance is great, but we also have to act and behave with tolerance ourselves, because kids tend to pick up on how we act, not what we say. This is also a relevant reflection when we discuss the middle and senior management of government institutions – they should lead by example.

What can the Ukrainian authorities, including prosecutors and police, do to tackle hate crime?

Increasing awareness is at this stage the number one priority I would say. Creating a national action plan would be a great step and involving civil society could really make a valuable contribution in combatting these crimes and in increasing tolerance, promoting democracy and the level of trust in institutions.

Why has EUAM decided to work on hate crime, and what does the mission plan to do to address this issue in future?

As the EU’s Fundamental Rights Agency notes, “hate crimes strike at the heart of EU commitments to democracy and the fundamental rights of equality and non-discrimination”. In the mission we have a plan to help the Ukrainian civilian security sector to better understand the scale of the problem, to improve the current legal framework, to strengthen recording, investigating, prosecuting and sentencing practices and also to better inform victims of their rights. A project proposal designed to support these areas is under development at the moment.

Hate crime: a headache for law enforcement in Ukraine and Sweden alike is licensed under a Creative Commons Attribution-Share Alike 4.0 License.