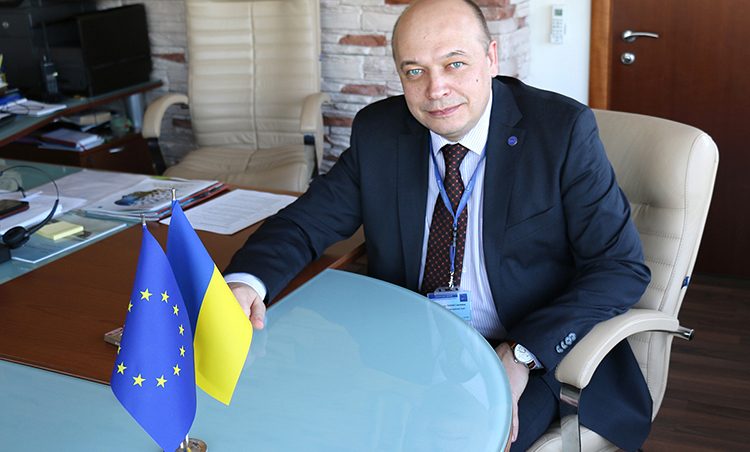 This op-ed by EUAM Head of Mission, Kestutis Lancinskas was originally published in Ukrainska Pravda on 24 March 2017.

This week, the Security Service of Ukraine (SSU) celebrates 25 years of activity. The past quarter century has seen many challenging moments for the organisation – the key task of the reforms currently taking place is to ensure that the SSU is well equipped to face the challenges of the present and future to provide security for the people of Ukraine. The security of Ukraine is part of the security of Europe. Our Mission – the European Union Advisory Mission Ukraine – is committed to assisting this country as it reforms and adopts new civilian security structures.

An essential part of the reform process is measures to build public trust. No public institution can be effective if it does not enjoy the trust of the public. In this regard, the recent publication of the annual report of the SSU is a reform measure that the European Union Advisory Mission (EUAM) Ukraine is delighted to have supported.

This annual report, written in clear language and attractively illustrated, is an effort to provide more transparency to the public. The practice of issuing an annual overview of Security Service activities is common in many EU Member States. While exact details on operations are kept confidential for good reason, it is important for citizens in a democracy to be provided with information on the activities being carried out in their name. This report should incidentally serve as a good example for other Ukrainian public institutions.

The participation or buy-in of the public is vital – the public needs a reformed SSU to protect its safety, and the SSU needs the public to provide information in order to ensure that safety. Public dialogue and a transparent approach ensures that the public understands the role of a security service, and will in turn pass on information to it.

In democratic states, a security service is tasked with protecting citizens, not just the state. A security service detects and prevents offences against national security such as terrorism, and protects the rights and freedoms of citizens. It is one of the tools needed to protect the democratic system.

Modern security service are intelligence-led institutions rather than law-enforcement agencies and. over time, it is expected that the SSU will hand over major investigative powers to agencies such as the State Bureau of Investigations, so that it can concentrate on intelligence gathering and the prevention of crime. Consequently, the SSU should be open to dialogue, and engage and coordinate with other law-enforcement agencies and public institutions. Moreover, bilateral and international cooperation lies at the heart of crime prevention and ensuring the security of both Ukraine and Europe. The SSU has set the objective of becoming part of the network of European Security Services. International cooperation is based on mutual confidence and respect, and it can take a long time to develop good relations. We are happy to be supporting these relations.

To integrate more closely with international networks, there are however some basic principles that need to be adopted, for example, incorporating a human-rights perspective in the agency; developing an internal human rights training programme; eliminating corruption; having independent oversight mechanisms. The first steps towards this have been taken and EUAM is helping with this process.

EUAM has also been closely involved in drafting the new ‘Concept of SSU Reform’. This Concept is a critical document because it creates the legal framework for reform. It is a result of the joint efforts of EUAM, NATO and other international partners to support SSU reform, outlining a vision for a modern SSU focusing on crime prevention rather than crime investigation. The SSU is one of the first Ukrainian agencies to draft a strategic concept on reform, so it is quite unique in that respect. It is a positive step towards sustainable reform and EUAM urges the relevant authorities to approve the Concept without delay.

I would like to conclude by congratulating the SSU on its anniversary. At the moment, the SSU is in the middle of important changes, which are made all the more challenging by the security threats that Ukraine faces. I urge the SSU, despite these challenges, to keep up the reform momentum, and build a security service that is effective, accountable and enjoys public trust.

Building public trust will be key if the SSU is to meet present and future challenges is licensed under a Creative Commons Attribution-Share Alike 4.0 License.