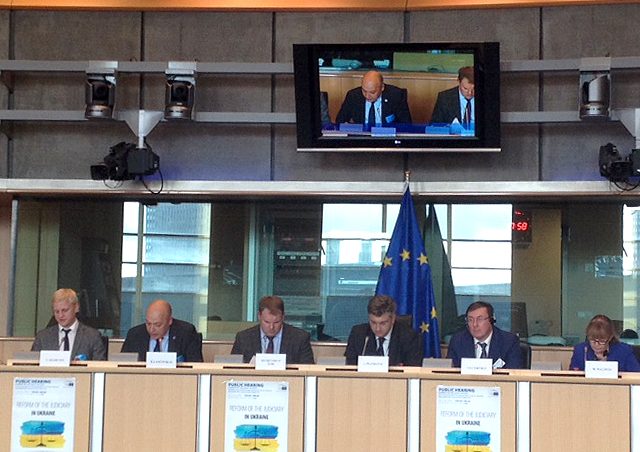 At a public hearing yesterday in the European Parliament, the Head of the EU Advisory Mission (EUAM) Ukraine Kęstutis Lančinskas emphasised that changes to the legislative framework for the prosecution service in Ukraine are a step in the right direction that will now have to be backed with concrete measures to build public trust. This trust should be built on four pillars, Mr Lančinskas stated — independence, accountability, efficiency and effectiveness. 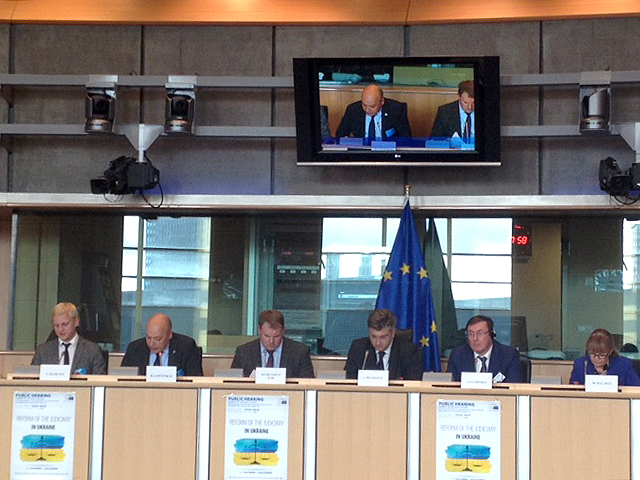 The EUAM Head of Mission made these remarks at a panel discussion, which focused on reform of the prosecution service in Ukraine. Appearing alongside Pavlo Petrenko, Minister of Justice of Ukraine, Yuriy Lutsenko, Prosecutor General of Ukraine and Vitaliy Shabunin, Head of the Anti-Corruption Action Centre, Mr Lančinskas described EUAM’s role in assisting Ukraine with its transition and underlined that the success of reform depends on local leadership.

“As a Mission, I believe that we can do a lot to enhance efficiency and effectiveness as we have the best practice of the 28 Member States of the EU to share. In terms of enhancing independence and accountability however, this will be a greater task to be undertaken, for the most part, by the leadership of the prosecution service, and it will also be up to individual prosecutors to embrace these values for the good of the entire Rule of Law system”.

The European Parliament public hearing on reform of the judiciary in Ukraine, organised by the Parliament’s Committee on Legal Affairs and the EU-Ukraine Parliamentary Association Committee, took place this afternoon in Brussels, demonstrating the EU’s commitment to Ukraine’s European aspirations and support for reform at a high level. Introductory remarks were given by Pavel Svoboda, Chair of the Parliament’s Committee on Legal Affairs, Vĕra Jourová, Commissioner for Justice, Consumers and Gender Equality, Jan Tombiński, EU Ambassador to Ukraine and Elmar Brok, Chair of the Committee on Foreign Affairs. The introductory remarks were followed by two panel discussions, the first on reform of the Constitution and the Judiciary and the second on reform of the prosecution service, in which the EUAM Head of Mission participated.

‘To build trust, Ukraine’s prosecution system needs to be independent, accountable, efficient and effective’ — EUAM Head of Mission at European Parliament is licensed under a Creative Commons Attribution-Share Alike 4.0 License.