Supreme Court of Ukraine judge Ludmila Okhrimchuk: “Our goal is to increase public confidence in the Ukrainian judicial system” 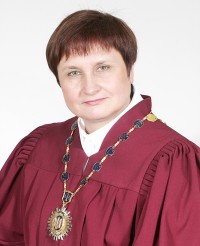 The level of public confidence in state authorities – including the judicial system – in the Netherlands stands at over 70%. Part of this success is due to effective communication of judicial decisions and transparency. To help build levels of trust in Ukraine’s judicial system, EUAM has been closely cooperating with the Ukrainian judicial authorities to provide strategic communications advice.

Ludmila Okhrimchuk, a Supreme Court of Ukraine judge, told us how Dutch communications approaches might be useful: 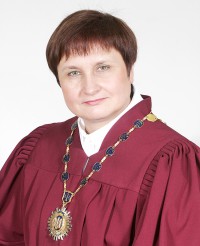 I am taking part in a joint project between the Supreme Court of Ukraine and EUAM, and as part of this communications project, I studied the Dutch experience of judicial communications during a study visit to the Netherlands.

In the Netherlands, there is a fundamental legal principle that cases should be carried out openly and that “the court must speak through its decisions”. I believe that in Ukraine, we can learn from this strategy in the development of communications strategies.

One way in which Dutch courts successfully communicate to the public is via the media, particularly journalists with specialised legal experience. In order to create a climate of transparency and openness, it is necessary to give the media time to prepare before major court decisions and use press releases, press announcements and summaries of judgements effectively. The media should also be invited to presentations of reports, particularly the annual report. This approach will significantly improve media coverage of court decisions.

Press guidelines developed in 2008, which are freely available on the internet, have contributed to the increasing of transparency to the media.

The Dutch communication approach doesn’t specify to the media what can and can’t be covered, rather it offers a clear understanding of how courts provide services to the media.

The Supreme Court of the Netherlands also has a number of interesting and successful initiatives, for example:

In my opinion, the long experience of Dutch colleagues in communications activities increases public confidence in the judiciary and should be used as part of the reforms to the Ukrainian judicial system.

The media can be considered the ‘eyes and ears’ of the public and it is therefore particularly important to do everything possible to attract the media’s interest in our activities and meet the media’s expectations.

Finally, I want to thank EUAM for organising the study visit to the Netherlands. It was extremely interesting and will make an important contribution to our work in strengthening confidence in the Ukrainian judicial system.
Share this post:

Supreme Court of Ukraine judge Ludmila Okhrimchuk: "Our goal is to increase public confidence in the Ukrainian judicial system" is licensed under a Creative Commons Attribution-Share Alike 4.0 License.