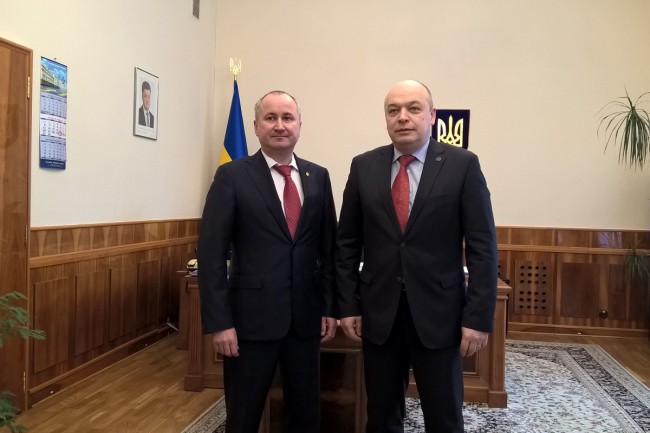 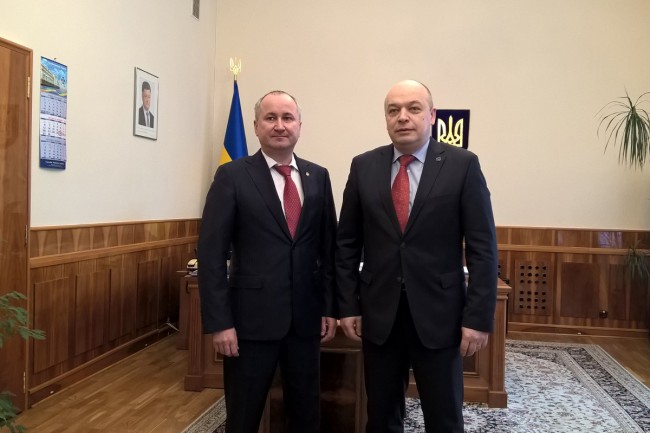 Technical assistance and strategic communications were identified as key priorities for further cooperation at a meeting between the Head of the EU Advisory Mission Ukraine (EUAM) Kęstutis Lančinskas and the Head of the Security Service of Ukraine (SSU) Vasyl Hrytsak on 24 February 2017. EUAM has already provided the SSU with support in developing an Annual Report to be published soon, a draft Concept on SSU reform, which has been submitted to the Presidential Administration, trainings to support the fight against financial crime and trainings in human rights.

“The SSU plays a crucial role in keeping Ukrainians safe. The reform of a state’s security service is usually a good barometer of reform in general, therefore the momentum here must be maintained,” said Mr Lančinskas after the meeting. “A modern and professional security service focuses on security intelligence and crime prevention with full respect for human rights rather than criminal investigations, and we will continue to provide support to the SSU to achieve its objectives in this regard.”

EUAM has played a central part in developing a human rights training programme for the SSU and the implementation of human rights standards within the security service was discussed at length.

Supporting the fight against financial crime was also identified as an important area for future cooperation and the Head of SSU noted the value of trainings provided by EUAM to build capacity in this area. A study visit to Brussels on this subject is planned for 14-17 March.

The publication of the SSU’s first ever Annual Report, supported by EUAM, is expected in the coming weeks. The Report, which is standard practice in democracies, supports efforts by the SSU to increase transparency and build the public trust that is necessary for the institution to be effective in counteracting current and future threats to Ukraine’s security.