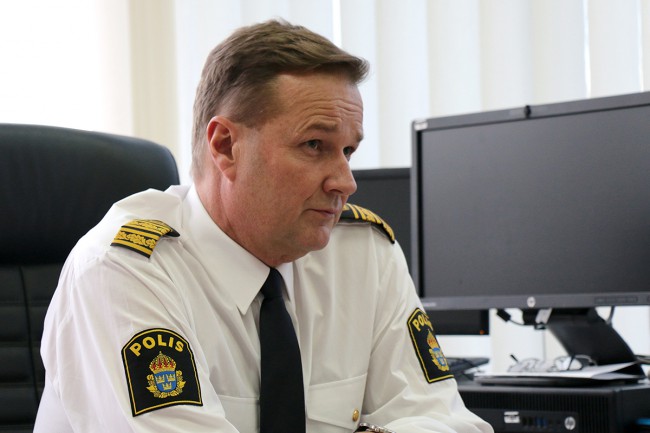 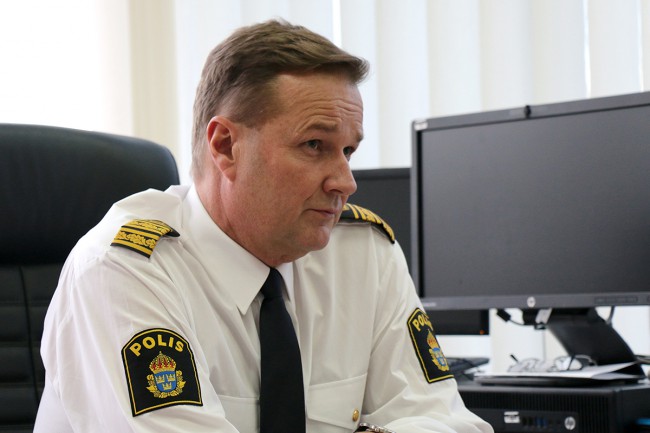 Could you, please, introduce yourself and shortly describe your background in police?

I am a Police Commissioner from Sweden. I entered the Police Academy in 1984 in Stockholm and worked in different positions within the Swedish police force. Specifically I worked with criminal investigations, patrolling, intelligence and planning and mainly as a manager on different levels. I was Head of Operations and Deputy Commissioner before I became Police Commissioner for the County Police of Dalarna, where I was serving directly under the Chief of the National Police of Sweden. I also served as a Deputy Company Commander in the UN mission in Lebanon during the 1990s and in the military mission in Kosovo in 2004 as Chief of the Analysis Section in the Brigade Staff.

EUAM has recently defined five priorities for its cooperation with the Ukrainian authorities. One of them is community policing, which is a rather new phenomenon for Ukrainians and for Ukrainian police. How would you explain in simple words what it means?

My personal view is that you can organise this work differently depending on how you see it, how you define community policing, but also depending on the level and kind of problems, differences in demography and geography and resources available. For instance, in rural areas you might have to organize it in one way and in big cities in another. It’s mainly about trying together with civil society, the municipalities and the leadership of the municipalities to identify local problems in a professional way and then by analysing them, find out what to do with the problems and who should do it. Many people think that the police has a solution for everything but that’s absolutely not the case. There are a lot of solutions and activities that could be provided by actors other than the police. Then of course you have to listen to the inhabitants of a community. Criminologists have theories on why crimes occur and what can be done to prevent them, and I think police and analysts should have knowledge about them.

Could you give a specific example of community policing from your work in Sweden?

There is a suburb called Hammer Hill outside Gothenburg. It was a small suburb with about 15-20 thousand inhabitants, with high crime rates. Together with the leadership of this suburb’s municipality and different institutions there, we created a big crime-prevention and social-stabilisation package of activities. For instance, we decreased the number of floors of the biggest houses that were in the worst condition, from 12 to five, painted and renovated them. We closed the common rooms for washing clothes that were quite usual those days in Sweden located in the basements. There were many crimes happening in the old washing rooms, starting from the theft of clothes to raping of women. The owner built instead small houses in the yards where those washing machines were installed and also small coffee places was connected to those small buildings. Suddenly people started to meet and discuss which also increased the informal social control which is very important in areas like this suburb. We took away a lot of bushes outside and increased the lights in the parks. Police started to patrol more frequently there at specific “hot times” and “hot spots”. The worst criminals were prioritised in the investigations and many of them were put in jail. We had people from civil society, for instance local football club, walking during Friday and Saturday nights and evenings in the municipality, talking to the kids. The crime rate decreased by at least 30%. And in some areas, for example, theft of cars, it decreased by 80% as we also made some special arrangements in the parking houses to make it difficult to steal cars. Social mobility also increased because suddenly people started to like to live in the area. People got to know each other. We are pretty sure that it really helped to create stability and decrease the crime rate in this area.

Regarding police reform in Ukraine, as you probably know, there are currently many different training projects for the new police officers. What is your opinion of them? What kind of training do police officers in Sweden get?

Nowadays in Sweden the basic police education is about 3 and a half years. It includes practice in the police authorities they are going to be deployed in. Our education over the last 15 years has become more and more academic. It’s more about academic studies, and trying to understand people’s behaviour from a psychological perspective. It’s less practical training when it comes to policing – the use of batons, driving of cars and shooting. More is left to the regional level to give that training. There is a discussion now ongoing in Sweden over whether to move police education into the universities – although we still have police academies – and let them to take over the first years, to give basic academic training and leave practical trainings with police units.

One of the four joint EUAM/NPU working groups focuses on human resources, specifically on National Academy of Internal Affairs of Ukraine. They are trying to assist in elaborating a totally new educational programme for police officers. If you were to advise on it what would you recommend?

You should not lose your focus on the core issues — legislation, for instance. Of course, police officers must study relevant legislation. But in addition to this it’s important to have an academic understanding of people’s behaviour and also closely connected to this criminology – when it comes to crime prevention, what causes crime, what kind of activities are effective and in what way, who should do what when it comes to crime prevention and things like that. The police task is not to patrol and lock people up or to be repressive. We should also be proactive and try to prevent crime. And then you have other topics that become more and more important, for instance, communication, human rights, gender and the child perspective that should be included into the training to create a general understanding of those matters, naturally integrated into daily policing while also developing strategies and activities.

One of the aspects of law-enforcement reform in Ukraine is separation of the police from the Ministry of Internal Affairs. If we again come back to the Swedish experience – what is delineation of competences between MoIA and the National Police? What powers does the Minister for Internal Affairs have?

We don’t have Ministry of Internal Affairs in Sweden. But we do have a Minister of Interior. It’s a single post. It’s a Minister without portfolio as we say and he is subordinated to the Minister of Justice. His responsibilities are crisis management authorities and issues, as well as the police. This minister is actually responsible for the police. We have a clear delineation between what a minister is allowed to do and decide and what the chief of the police can decide. It’s absolutely forbidden for the Minister for Interior to intervene in any operational matters in Sweden, for example allocation of resources. That’s for the Chief of the National Police to decide. Of course, on a political level they decide on the total number of police officers, the budget and some general strategic guidelines. They give it to the Chief of the National Police and then it’s full stop. A Minister in my country is definitely not allowed to intervene in operational issues, for instance in criminal investigations.

Apart from the police, the Ministry of Internal Affairs of Ukraine с oordinates the work of the Border Guards, Migration, Emergency services, National Guard. How are these services organised in Sweden?

We don’t have a special Border Guard Service in Sweden, it is integrated in the Police through certain police departments with civil employees who are specially trained for this task. When it comes to the rescue services, they are divided between different municipalities. I don’t think it’s a good solution because municipalities may not be able to maintain the standards that are needed. There is a special authority called the Swedish Civil Contingencies Agency that can coordinate those local rescue services and give directives on a national level. However, there is a coordination problem. From my perspective, rescue services should be organised by the state.
Share this post: