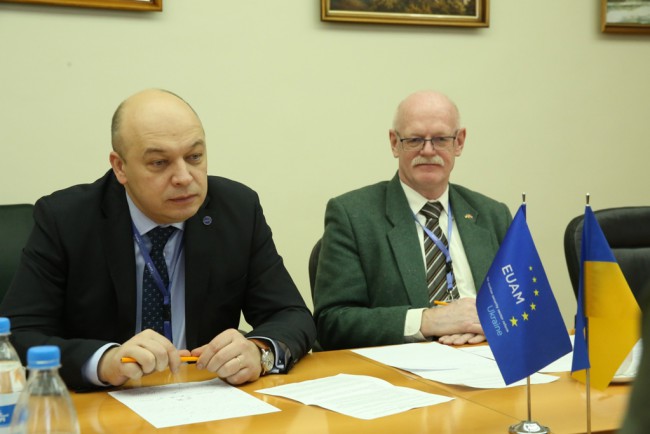 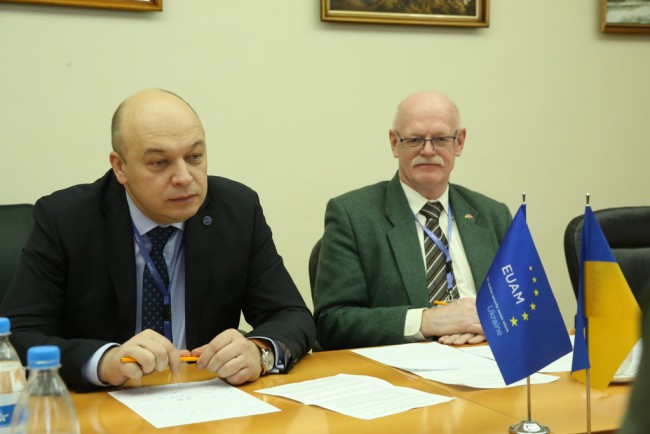 The Head of European Union Advisory Mission (EUAM), Kestutis Lancinskas, met the First Deputy of the Head of the State Border Guard Service of Ukraine (SBGS), Vasyl Servatiuk, on Thursday 9 February in order to discuss priority areas for future cooperation.

SBGS representatives reconfirmed their commitment to the reform process and stressed the valuable role EU best practices play in meeting their objectives. Areas where SBGS noted that cooperation with EUAM will be particularly helpful include Integrated Border Management, the fight against corruption, risk analyses and criminal investigations.

“A public survey that EUAM conducted a few months ago showed that the State Border Guard Service is one of the most trusted state agencies in Ukraine,” said EUAM Head of Mission Kestutis Lancinskas. “That is because it has already undertaken reform measures, one example of which is the Integrated Border Management Action Plan that came into force last September. Looking to the future, our Mission will continue to support the SBGS through strategic advice in order to bring about further change.” 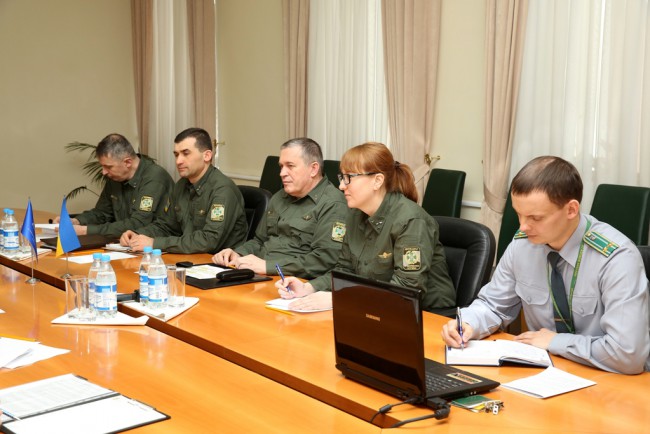 Vasyl Servatiuk highlighted some of priority spheres of development for SBGS such as recruitment, service delivery, and improving public perceptions of Border Guards. The need to reform the internal security departments of SBGS was also among the topics of discussion.

The First Deputy of the SBGS Head thanked EUAM for its assistance, stressing that this cooperation enables SBGS to acquire new knowledge and skills, which enhance security at the borders.
Share this post: