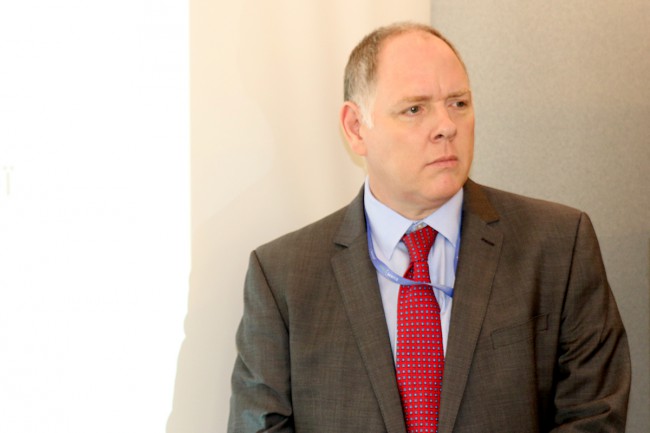 Two City of London Police Economic Crime Academy detectives provided trainings for their Ukrainian colleagues. The seminars, which were facilitated by the European Union Advisory Mission, were attended by 50 Security Service (SSU) investigators and detectives from different regions of Ukraine. The four courses on international cooperation and assets recovery aimed to assist SSU to become a more effective and efficient agency.

Andrew Mellor, EUAM Domestic Security Strategic Adviser, was making the connection to the Academy in London. He explains how the partnership evolved: “First, EUAM helped SSU with the training needs analyses. And on the top of the “needs list” SSU indicated international cooperation, assets recovery and the investigation of money laundry. These are the areas that SSU is very involved at the moment, particularly in the relation to counter corruption.” He further explains that “the attendants of the courses are very experienced investigators and detectives. We are providing them with European understanding of the most effective ways to undertake international enquires.”

The course covered in specific the concepts of following the money trail, and how money is laundered and converted into other assets and how the investigator can locate and trace these assets. Another module covered the investigative strategies that investigator can use to locate these overseas assets. The courses also explain how to collect evidence from overseas by using International letters of request via the Mutual legal Assistance Treaty route, with the final section of the course covering how to use and set up a Joint Investigation Team. 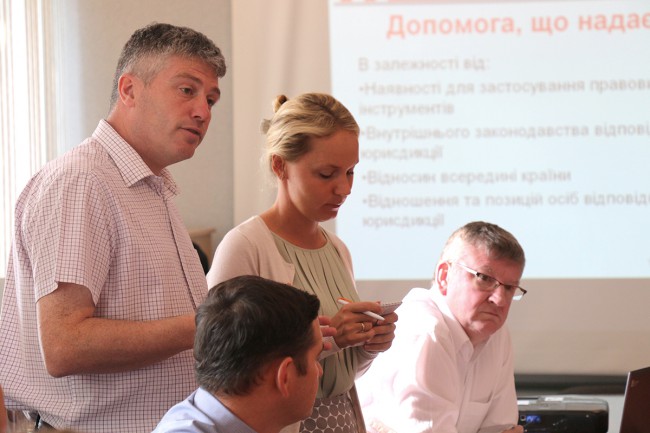 The First Deputy Head of SSU, Victor Trepak, thanked EUAM for facilitating the training courses. He underlined, that SSU has already established a productive and practical cooperation with the British National Crime Agency which resulted in number of joint operations on combating international organised crime. In order to recover from abroad the stolen assets SSU detectives and investigators need to learn more on the modern approaches to counter pervasive economic crimes. “We are talking about millions and billions, which were stolen from the people of the country. We believe that the money will be returned to the State budget of Ukraine”, highlighted Victor Trepak. 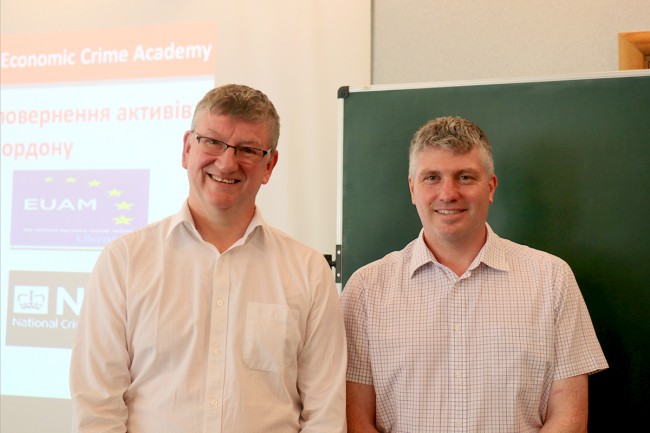 By the end of the courses, SSU detectives and investigators will have improved their skills in handling international enquires, cooperating with such agencies as City of London Police, FBI, Australian Federal Police.