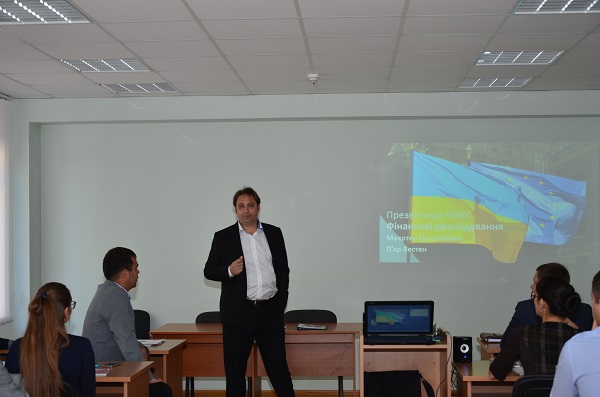 The offence of illicit enrichment is a powerful legal instrument in combating corruption. It allows investigators to draw inferences whenever an official has unexplained wealth, which could not have been obtained via lawful sources.

“It is not currently common practice among prosecutors to use illicit enrichment as a tool for investigating corruption.. We try to raise awareness, explain the background of the offence, the human rights aspect and ways to investigate the crime”, said EUAM Senior Advisor on Prosecution, Maarten Groothuizen.

Besides the trainings at the National Academy of Public Prosecutor’s Office, EUAM conducts two-day courses on criminal investigation in different regions of Ukraine. Following the trainings in Mykolaiv, Khmelnitsky, Chernihiv and Rivne, EUAM will continue the project for investigators and prosecutors Lviv and Kharkiv. The workshops also cover cybercrime, international legal cooperation, anti-corruption, intelligence led policing and money laundering.