EUAM reaches out to Vinnytsia 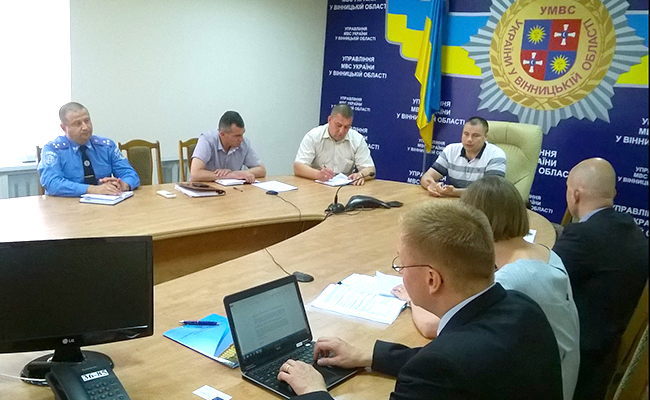 The police representatives provided the EUAM delegation with a comprehensive briefing on the current crime situation and shared their views of the ongoing police reform. They pointed out that Vinnytsia is in the central part of Ukraine, but simultaneously it has a state border. This is why the smuggling of alcohol and narcotics are currently real problems at the border. In order to fight the smuggling, the police, security service, customs and border guard are cooperating. In addition, public order maintenance during mass events is one of the major tasks which binds police resources.

The EUAM delegation also visited the Head of Regional Prosecutor Office, Vycheslav Sokolovyy, who provided an update on the prosecution reform in the ‘oblast’. According to him, the reforms are accepted and there will be less proscutor’s offices and less personnel in the future. All current employees must go through a clearly defined selection process and Mr. Sokolovyy stressed: “The aim is to have a transparent process”. The EUAM team also raised anti-corruption issues and the Chief Prosecutor elaborated on his plans: “It is the top priority to ensure that the personnel in the prosecutor’s office is clear of corruption as the prosecutor has a major role fighting corruption crimes.” 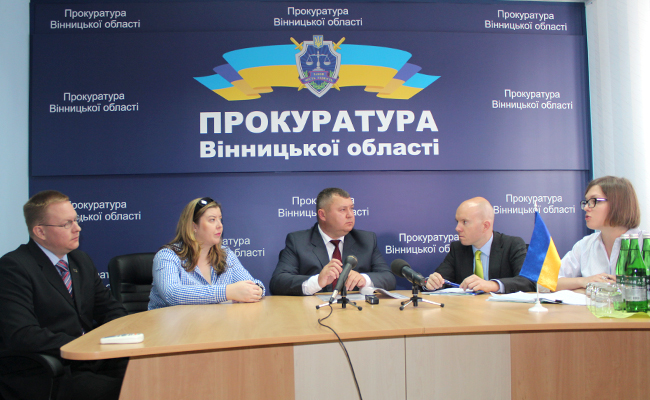 Another important point on the busy EUAM agenda was establish working relations and to get an overview of the expectations and state of play in the oblast from the civilian administration and political representatives. The local representatives mentioned decentralization as the key issue but also pointed out: “Vinnytsia is the most European oriented oblast in Ukraine.” Expectations towards reforms are high, especially regarding constitutional reform and decentralization of the public administration.

The EUAM also met with the local civil network “OPORA” headed by Regional Coordinator Natalia Velychko to get an overview of the civil society’s perception of the Security Sector Reform actors. 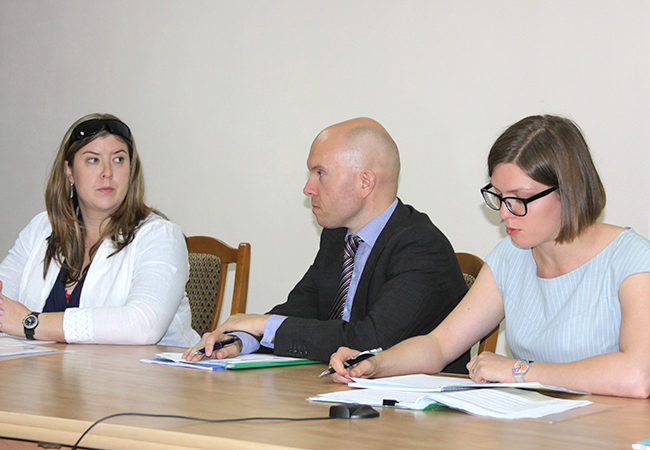 The EUAM delegation consisted of Jasper Ritzema, Fiona Caldwell, Jesse Seppälä and Oleksandra Mazur. Jasper Ritzema said at the end of the visit: “People all over Ukraine have been waiting for the reforms. Sometimes things happen slowly. We are eager to follow up and assist implementing these fist practical steps of the comprehensive civilian security sector reform. EUAM will continue close interaction with the regional key partners to ensure the local ownership and that the voice of the regions will be taken into consideration.”

EUAM reaches out to Vinnytsia is licensed under a Creative Commons Attribution-Share Alike 4.0 License.