EUAM reaches out to Khmelnytsky oblast 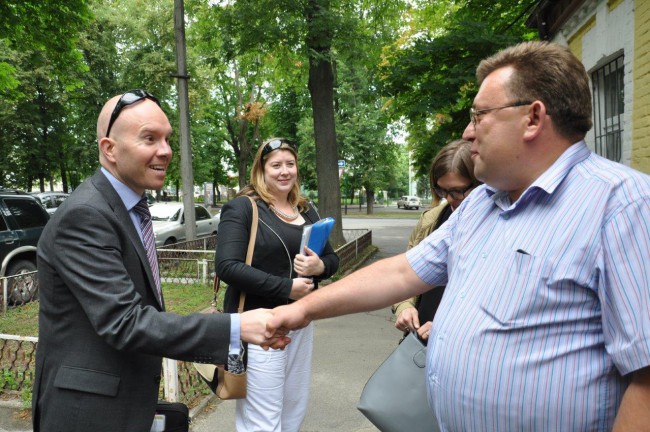 Khmelnytsky. Representatives of the European Union Advisory Mission Ukraine recently visited Khmelnytsky oblast. The EUAM Regional Outreach Team met with the Governor, the Head of Regional Police, the Head of Regional Council, the Prosecutor General and the Head of Podilska Pravova Liga, a civil society organisation.
Governor Zagorodnyy was open to questions and expressed his willingness to closely cooperate with EUAM in the near future in his oblast.

Andriy Petrovych Misyats, the Head of Podilska Pravova Liga, stated that Human Rights standards in detention facilities are better than five years ago. With regard to police reform and the change from Militsia to Police he said: “If you call me George I will not speak English immediately. It needs more than just the change of name and uniform”.
Find more pictures here: https://flic.kr/s/aHskg1dwga

EUAM reaches out to Khmelnytsky oblast is licensed under a Creative Commons Attribution-Share Alike 4.0 License.