Staff at the European Union Advisory Mission Ukraine have positive news to report on a major step forward in human-rights protection measures in Ukraine. The country’s Cabinet of Ministers has passed a Decree that formally endorsed a Human Rights Action Plan that will allow for the implementation of the country’s National Human Rights Strategy over the period 2016-2020.

The Strategy, the result of a collective effort by Ukrainian ministries, civil society and international organisations, was approved by President Petro Poroshenko last August.

EUAM advisors (pictured below) played a significant role in the process of devising and fine-tuning the Action Plan, participating in four out of five working groups that were created by Ukraine’s Ministry of Justice to deal with specific thematic areas – and submitting more than 60 recommendations.

Key inputs delivered by EUAM included advice on combating torture and inhumane treatment, protection of prisoners’ rights, core reforms of the penitentiary system, ensuring the right to a fair trial, right to privacy, and freedom of peaceful assembly. EUAM advocated for gender equality, the ratification of the Istanbul Convention (to combat domestic violence and violence against women), and the adoption of a national action plan for the implementation of the UN Security Council Resolution 1325 (which addresses the impact of war on women, and the role women can play in conflict management). Much to the satisfaction of the EUAM advisors who worked on the provision of recommendations, all of their contributions were incorporated in the final draft of the Action Plan.

“The European Union Advisory Mission welcomes the adoption of the Action Plan,” said Maura Morandi, EUAM Human-Rights/Minorities Advisor. “The Action Plan, together with the Strategy, are important tools to address human-rights issues, in accordance with European and international standards.”

Alongside its support to civilian security-sector ministries and the reform process in Ukraine, EUAM is encouraging the improvement of human-rights standards by all of its partners. This includes the Ministry of Justice, law-enforcement and other judicial bodies, all of whom will be required under the new Decree to report back to the Cabinet of Ministers on their progress in implementing the Human Rights Action Plan every quarter.

“EUAM stands ready to support the Ukrainian authorities in implementing the Action Plan. We have a variety of experts who can assist the introduction of systemic changes to boost the rule of law and protection of human rights in Ukraine,” said Ms Morandi. 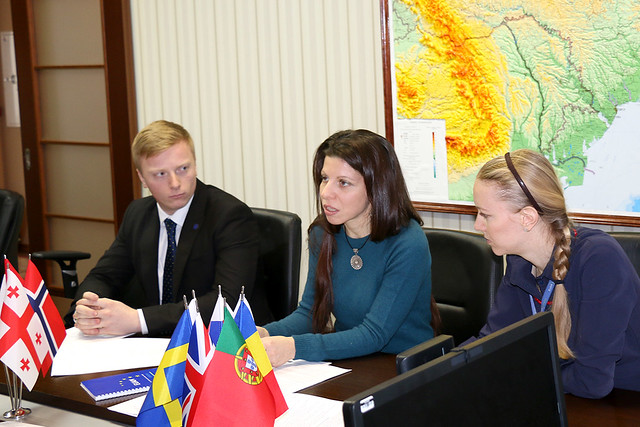