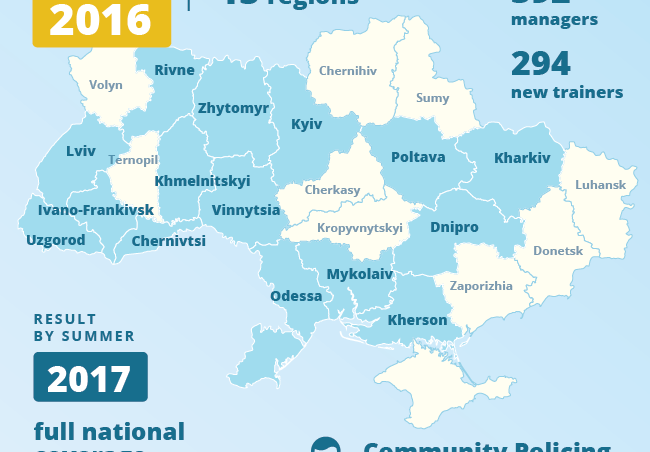 The fourth phase of the nationwide roll-out of community policing training in Ukraine delivered by the EU Advisory Mission (EUAM) ended today, with certificate ceremonies for programme graduates in Ivano-Frankivsk, Mykolaiv, Poltava and Uzhhorod. This brings the total number of regions where this training programme has been delivered over the course of 2016 to fifteen. The fifth phase is due to start on 21 February 2017 with training in Lutsk and Ternopil, and it is planned that training will be delivered in all Ukraine’s regions by the end of 2017.

Community policing is a philosophy, which aims to strengthen the links between police forces and the community they serve. It is an effective crime reduction strategy, which recognises that local communities are best placed to identify hot spots where crime or anti-social behaviour take place. Community policing places a large emphasis on preventing crime by tackling its underlying causes through cooperation between the police, elected representatives, members of the local business community, employees of public bodies (for example teachers, hospital workers etc.) or religious leaders.

The philosophy of community policing is also central to any efforts to reform law enforcement structures, so they protect and serve citizens. It aims to devolve decision making to individual police officers as far as possible and empower them with the right training to make good judgements closer to the source of trouble spots.

EUAM is the first international organisation to implement a nationwide programme of training in community policing for police officers in Ukraine. The approach that has been taken is ‘train-the-trainers’ and the graduates of EUAM’s programme will now be expected to train the colleagues in their region. As well as teaching students how to train effectively based on the principle of ‘student centred learning’, the course also includes modules on how to set up and manage a Citizens Advisory Group – a group which brings together representatives of the police with members of the community. It also provided advice on defining and meeting objectives, team building, effective communication and ethical behaviour.

For the first time, the training sessions in Ivano-Frankivsk, Mykolaiv, Poltava and Uzhhorod were delivered with the assistance of Canadian police officers deployed in Ukraine. Further cooperation in the future between EUAM and the Canadian police in Ukraine is planned. 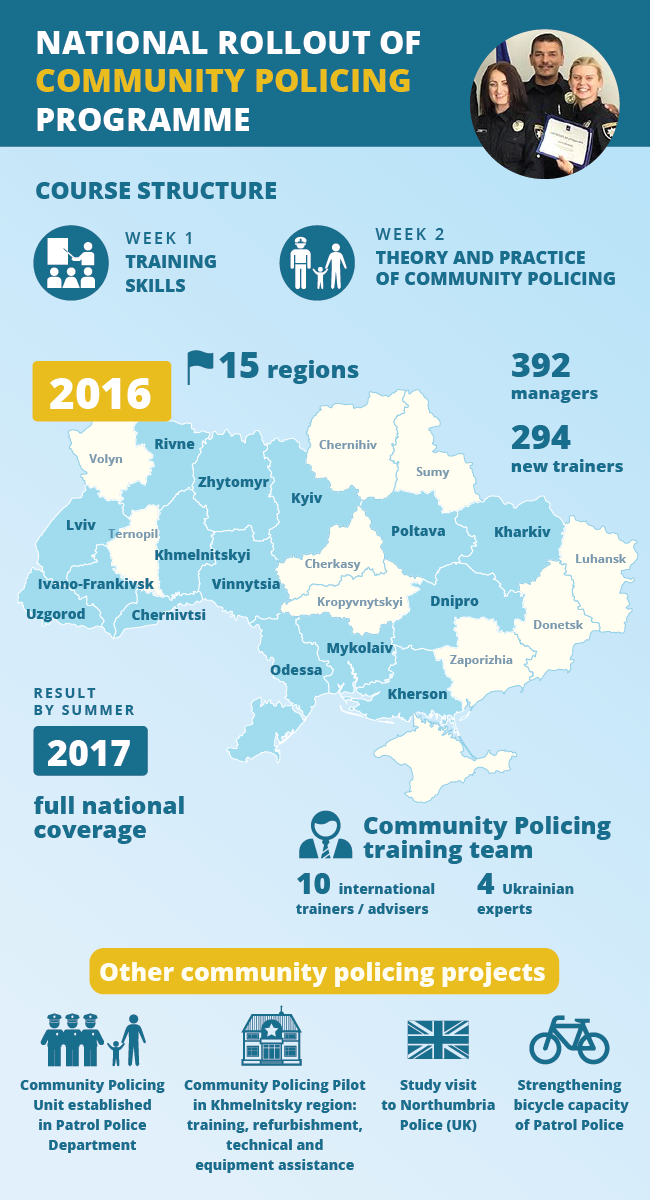