EUAM assists Ukraine with legislative reform in the penitentiary field

Upon a request of the Parliamentary Subcommittee on Penitentiary Issues and following a number of working meetings, EUAM Administration of Justice Strategic Advisory Unit helped to prepare three draft laws on penitentiary reform towards implementing international prison standards. 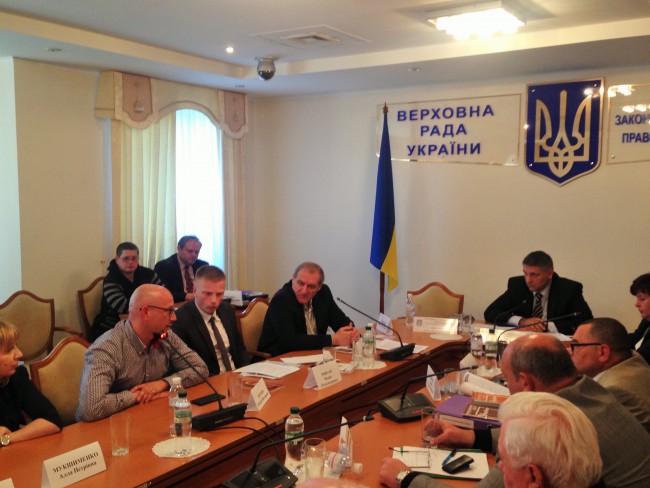 All the drafts were recently registered in the Parliament. Each of them was signed by about ten Members of Parliament from different political parties. These draft laws are:

– The Law on Amendments to the Law on Pre-Trial Detention on Implementing of Some Standards of the Council of Europe (No. 2291а of 06.07.2015) . The law focuses on the implementation of European Court of Human Rights (ECHR) judgements and Committee for the Prevention of Torture recommendations. It includes mainly improvements on enhancing the practical enforcement of the presumption of innocence: making contacts with the outside world (visits, phone calls, written correspondence, Internet)   a rule and not an exception; setting time frames for human rights restrictions and establishing other procedural guarantees such as providing the copy of a decision; requirement of thorough justification of rights restrictions placed on detained persons, especially regarding contacts with the outside world.

– The Law on Amendments to the Code of Criminal Procedure Regarding Improving Guarantees of Prisoners’ Access to the Court (No. 2255а of 03.07.2015) . The law will resolve the existing problem with identifying the court to which prisoners can/should complain regarding the conditions of their detention. Currently, the Ukrainian procedure is unclear and causes practical obstacles for prisoners. This has recently been confirmed by ECHR (case of Vintman v. Ukraine). It also exempts from paying court fees prisons who do not have enough money on their accounts.

– The Law on Amendments to the Penitentiary (Criminal Executive) Code Concerning the Place of Imprisonment of Inmates ( No. 2253а of 03.07.2015). It intended to resolve the problem of placing prisoners to serve their sentences in prisons too far from their home (sometimes up to 1000 km). The penitentiary legislation requires avoiding this, however, it is often not respected. The law introduces additional guarantees that would ensure the right to serve the sentence as close as possible to the home or relatives, as it is required by international standards (for example, by European Prison Rules). 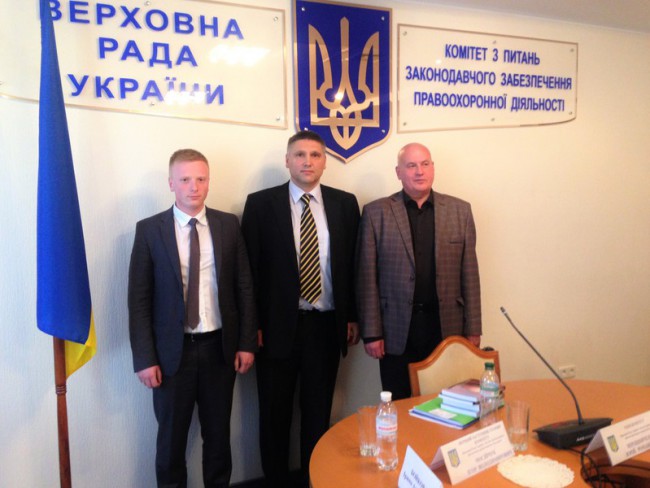 In addition, Vadym Chovgan, the EUAM Penitentiary Senior Assistant, participated in discussions on three other draft laws that were prepared by experts and discussed in the Parliamentary Subcommittee. The strong cooperation with the Subcommittee will be continued with a view to advice Ukraine on strategic changes in the penitentiary area in accordance to relevant international standards.

EUAM assists Ukraine with legislative reform in the penitentiary field is licensed under a Creative Commons Attribution-Share Alike 4.0 License.