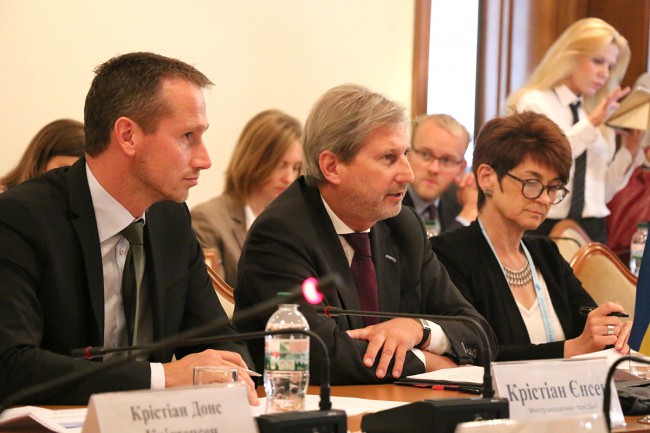 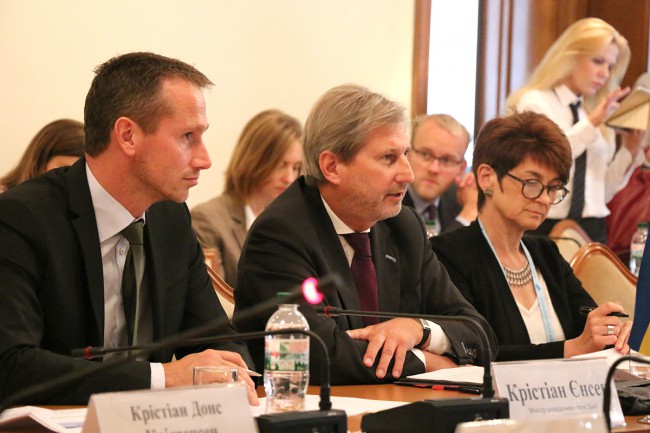 The Commissioner for European Neighbourhood Policy and Enlargement Negotiations, Johannes Hahn and the Danish Minister of Foreign Affairs Kristian Jensen announced today preparations for a major project worth over €16 million to fight corruption in Ukraine. The programme will be implemented by the Danish Development Cooperation Agency (DANIDA) with the support of the EU Advisory Mission (EUAM) Ukraine.

Corruption is consistently identified by Ukrainians in opinion polls as one of the major obstacles to economic and social development in their country. The programme, entitled ‘Support to Combat Corruption in Ukraine 2017-2019’, is scheduled to launch in early 2017 and will consist of three core components.

The first component will provide support for the institutions that work towards prevention of corruption, investigation, prosecution, asset registration and recovery, as well as judicial institutions once established. In the inception phase, the institutions to receive support will be the National Agency for the Prevention of Corruption (NAPC), the National Anti-Corruption Bureau (NABU), the Specialised Anti-Corruption Prosecution Office (SACPO) and the State Financial Monitoring Service (SFMS). Organisational development (e.g. support to produce annual and multi-annual strategies) as well as capacity development (e.g. support for IT systems) will be at the centre of the first component.

The second element of the programme will aim to improve legislation and build capacity to oversee the implementation of reform in the Ukrainian Parliament through support for the Parliament’s Anti-Corruption Committee. Primarily, this will take the form of facilitating anti-corruption knowledge and best practice with other EU Member States.

The third pillar of the programme will take the form of support for local government, civil society and the media to fight corruption. Three mutually supportive interventions are foreseen: first, support for ‘Integrity Cities’ – regional administrations which will serve as examples of cities where a genuine effort is made to combat corruption. Second, support to regional and local level civil society to monitor, advocate and raise awareness about corruption. Third, support to investigative journalism to uncover and report on corrupt practices.

The DANIDA team implementing the project will be collocated at EUAM’s headquarters in Kyiv and EUAM experts will play a central role in implementing the project. The project will significantly enhance the assistance already offered by EUAM for Ukraine’s anti-corruption efforts in terms of strategic advice, training, provision of equipment and coordination with anti-corruption bodies in EU Member states to share best practice.