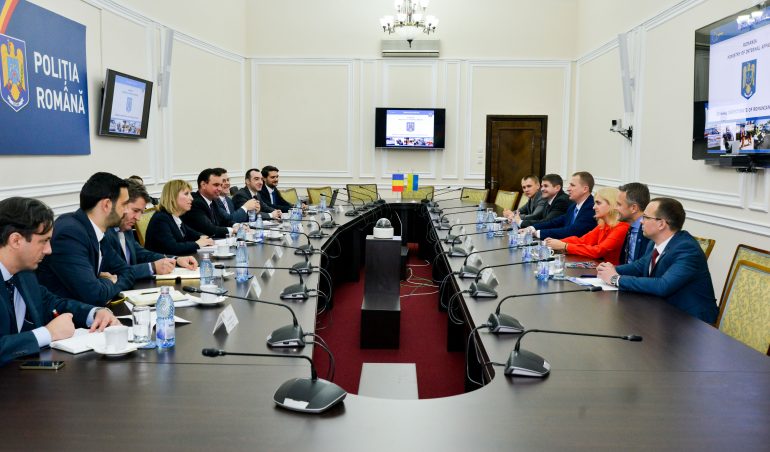 During a three-day study visit organised by EUAM to Romania this week, senior Ukrainian police officials established new bilateral cooperation in the area of Intelligence Led Policing (ILP) and criminal analysis with their counterparts in Bucharest. Among those to travel to Romania were the First Deputy Head of the National Police of Ukraine (NPU), Vyacheslav Abroskin, as well as managers of the NPU’s criminal analysis department and Head of NPU support department.

EUAM has been working to support the NPU develop an ILP Concept, which was one of the agenda items during meetings between the Ukrainian delegation and senior Romanian police officials, including the Head of the Romanian Police. The productive discussions also addressed issues such as the investigation of serious crimes, future bilateral cooperation, the implementation of the ILP Concept in Ukraine, and the creation of ILP and criminal analysis systems in Ukraine.