The fourth phase of the nationwide roll-out of community policing training in Ukraine delivered by the EU Advisory Mission ended today, with certificate ceremonies for programme graduates in Ivano-Frankivsk, Mykolaiv, Poltava and Uzhhorod. This brings the total number of regions where this training programme has been delivered over the course of 2016 to fifteen. The fifth phase is due to start on 21 February 2017 with training in Lutsk and Ternopil, and it is planned that training will be delivered in all Ukraine’s regions by the end of 2017.

Community policing is a philosophy, which aims to strengthen the links between police forces and the community they serve. It is an effective crime reduction strategy, which recognises that local communities are best placed to identify hot spots where crime or anti-social behaviour take place. Community policing places a large emphasis on preventing crime by tackling its underlying causes through cooperation between the police, elected representatives, members of the local business community, employees of public bodies (for example teachers, hospital workers etc.) or religious leaders. 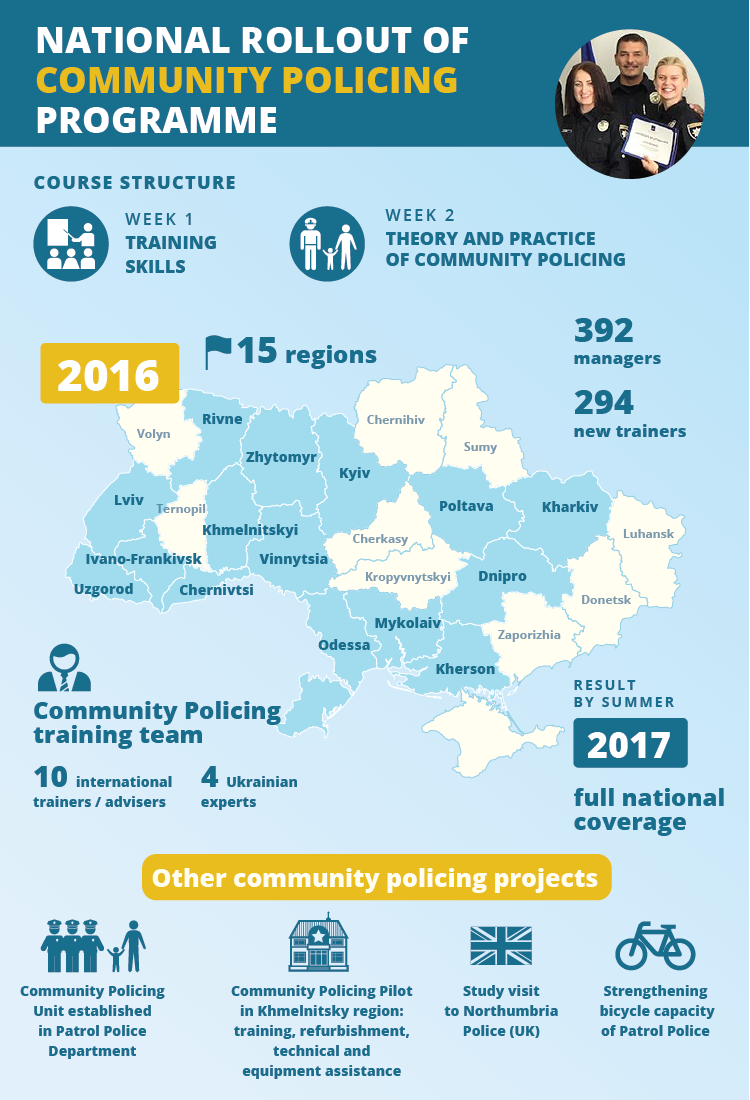