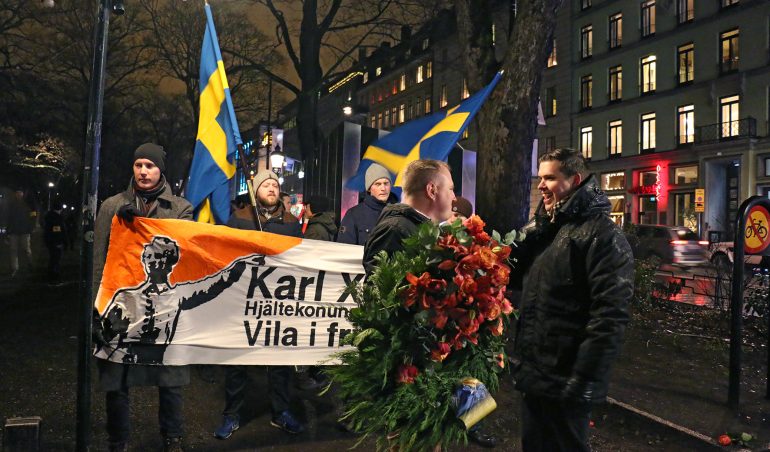 A group of six police commanders from Ukraine’s National Academy of Internal Affairs (MoIA) were invited by the EU Advisory Mission (EUAM) Ukraine and the Swedish Police to Stockholm from 28-30 November 2018 to learn more about the way in which their Swedish counterparts handle mass events such as demonstrations or sports fixtures.

The trip coincided with a march of far right wing activists, which took place on 30 November, to commemorate the 300th anniversary of the death of King Charles XII of Sweden, who is revered by Swedish nationalists. The demonstration was met by a counterdemonstration of left-wing protesters, allowing the Ukrainian guests to observe first-hand how the police communicated with both groups, allow them to voice their opinions, but keep them separate to avoid violence (see below a slideshow of photos from last week’s march).

The commanders will now start training Ukrainian police officers and cadets as of early next year. 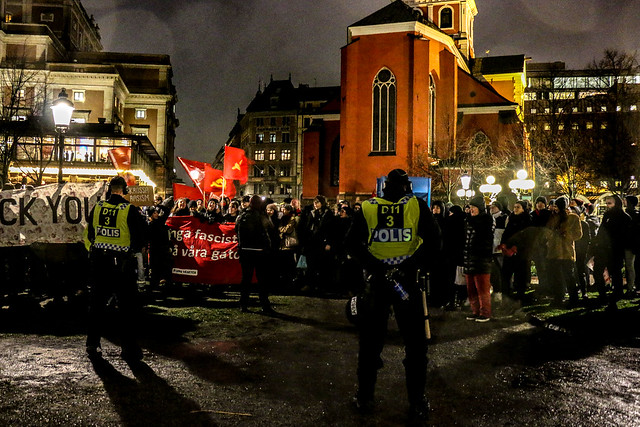