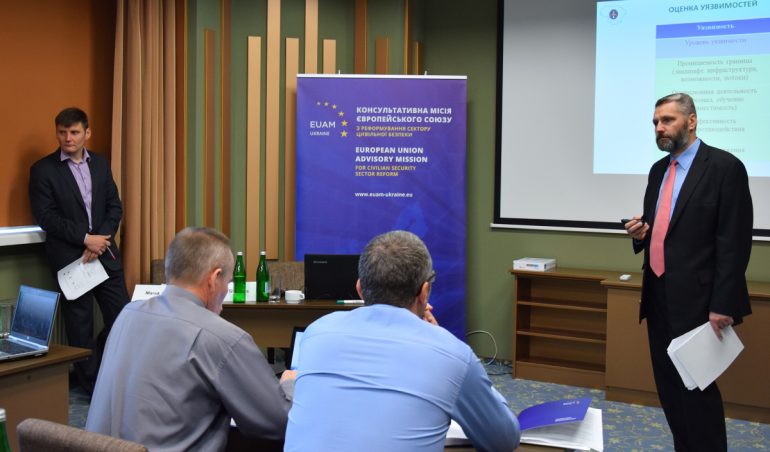 A training held in Kyiv from 3-5 October offered advice to Ukrainian border guards on how to assess vulnerabilities when carrying out risk assessments. The training was organised by the EU Advisory Mission Ukraine (EUAM) and delivered by two experts from the Border Guard Service of Lithuania.

Risk assessments at borders for countries in the EU are conducted according to a model called the Common Integrated Risk Analysis Model (CIRAM). This concept was adopted by a EU Council Expert Group in 2002 and the model is now in its second form.

“The State Border Guard Service of Ukraine has stated that it would like to adopt the CIRAM model for its own risk assessments, so we are very happy to be offering assistance in this area. Ukraine borders four EU member states – security at Ukraine’s borders is security for the whole of Europe,” said Brian Richard, Head of EUAM’s Strategic Civilian Security Sector Reform Component. 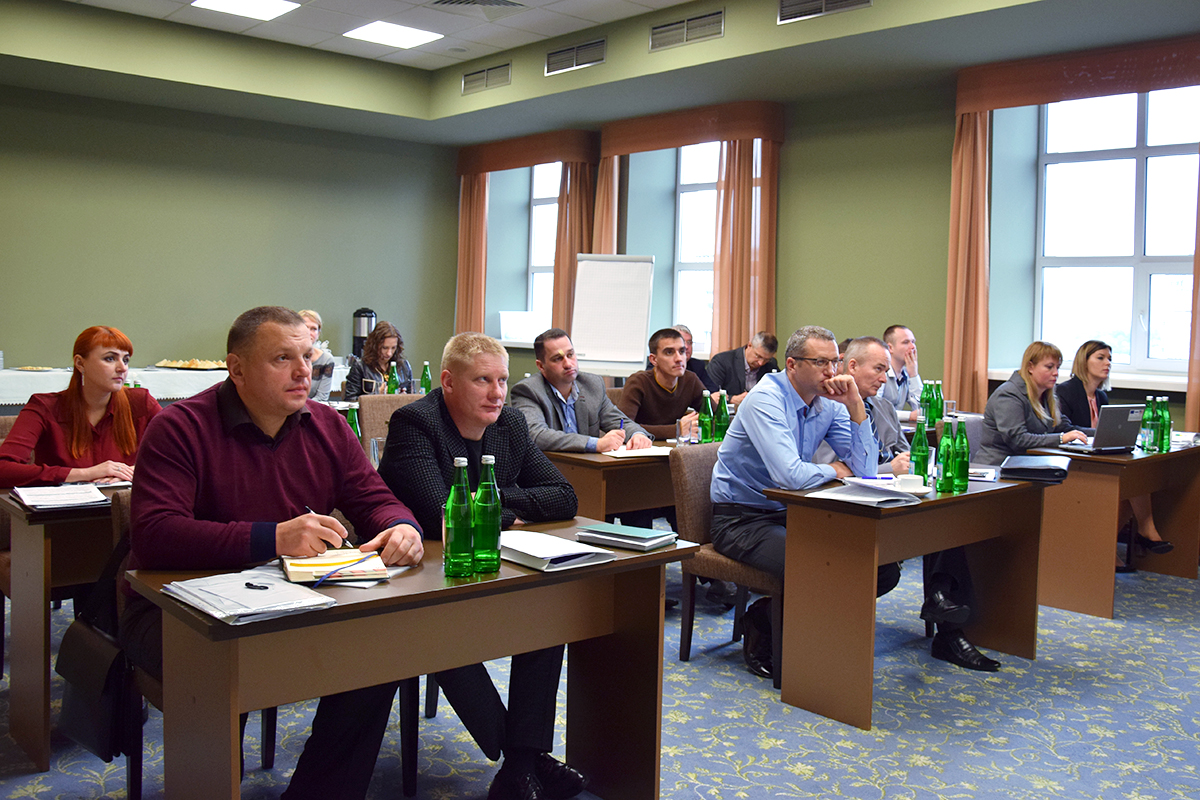 Fourteen Ukrainian analytical officers from the State Border Guard Service of Ukraine took part in the training – five from the Headquarters in Kyiv and nine from the regions. As part of the training programme, border guards were invited to present the main threats to Ukraine’s border security so that the guests from the EU could better tailor the programme to their needs.

Ultimately, EUAM and the Border Guard Service of Lithuania are planning to assist their Ukrainian colleagues to develop a curriculum to train border guards in Ukraine in how to use the CIRAM 2.0 model. It is planned that Ukraine will adopt this model by the end of 2018.