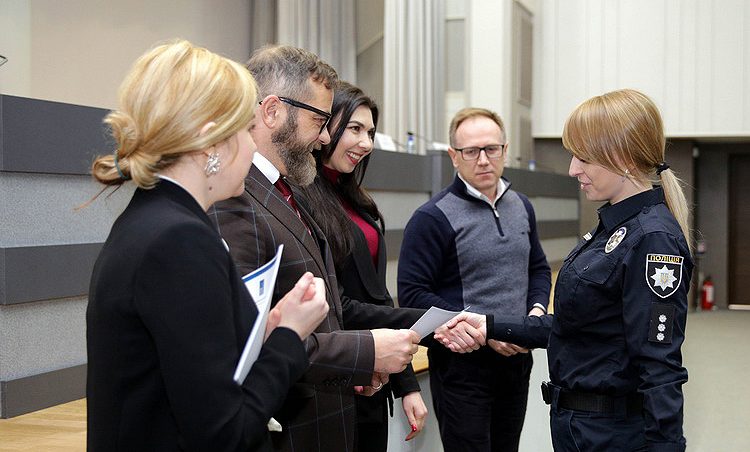 Twenty-six graduates of a training programme in gender policy for officials at Ukraine’s Ministry of Internal Affairs (MoIA), which was organised by the EU Advisory Mission Ukraine (EUAM) and Sweden’s Folke Bernadotte Academy (FBA) received their graduation certificates this week at a meeting to discuss the Ministry’s progress in promoting gender equality.

The specific theme of the discussion was the implementation of UN Security Council Resolution 1325, which urges the relevant actors to increase the participation of women, incorporate gender perspectives in peace and security efforts and prevent violence against women. At the event, the Deputy Minister of Internal Affairs Tetiana Kovalchuk reaffirmed the Ministry’s commitment to gender equality as she outlined the goals, tasks and principles of gender policy in the MoIA for the period until 2020, including the integration of gender into all aspects of the Ministry’s work (gender mainstreaming).

The Deputy Minister presented a video that details the ways in which gender will be mainstreamed into the Ministry, including the creation of a Gender Focal Point Network, the appointment of gender advisers, a working group dedicated to UN Security Council Resolution 1325 and making middle management responsible for gender mainstreaming.

Ms Kovalchuk also announced that she plans to establish an Interagency Advisory Council to make recommendations for implementing new legislation to combat domestic and gender based violence. EUAM will support this work by developing Standard Operating Procedures, delivering trainings and providing practical support for law enforcement agencies and prosecution offices.

EUAM Gender Adviser Soren Sonderstrup, who presented the members of the focal point network with their certificates alongside the Deputy Minister said, “The Ministry of Internal Affairs of Ukraine has made a commitment to promote gender equality. The creation of a focal point system as well as the dedication of resources to fight domestic violence are important developments. Gender is also being integrated into the Ministry’s overall 2020 Strategy, which is a positive development. Gender policy is not separate to overall law enforcement, it is an integral part of it.” 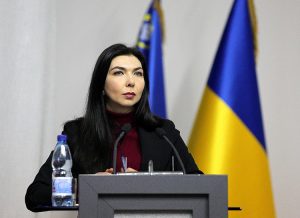 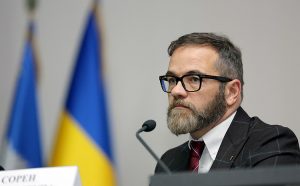 Photos courtesy of the Ministry of Internal Affairs of Ukraine. Photographer Andriy Novytskiy.