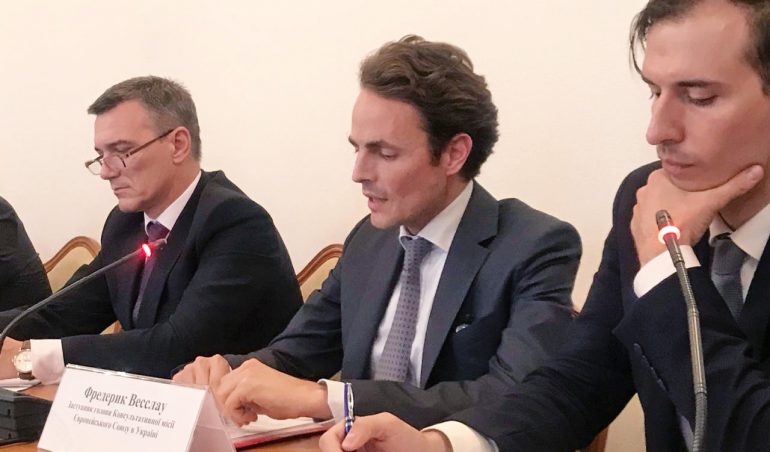 At a meeting of the Ukrainian Parliament’s Committee on Law Enforcement yesterday, the Deputy Head of the EU Advisory Mission Ukraine (EUAM) Fredrik Wesslau presented the Mission’s view on amendments to the Law on State Bureau of Investigation (SBI) aimed at enhancing the effectiveness of the new organisation.

“We are pleased that some of our legislative proposals have been taken on board,” said Mr Wesslau “but there are still outstanding issues that should be addressed for the SBI to become fully operational.”

“It is important to bring more clarity to the selection procedure of management positions for the SBI,” EUAM’s Deputy Head continued. “SBI should be staffed with personnel of the highest moral and professional standing to ensure that the organisation can operate with political independence.”

EUAM proposes legislative changes to improve the effectiveness of State Bureau of Investigations is licensed under a Creative Commons Attribution-Share Alike 4.0 License.