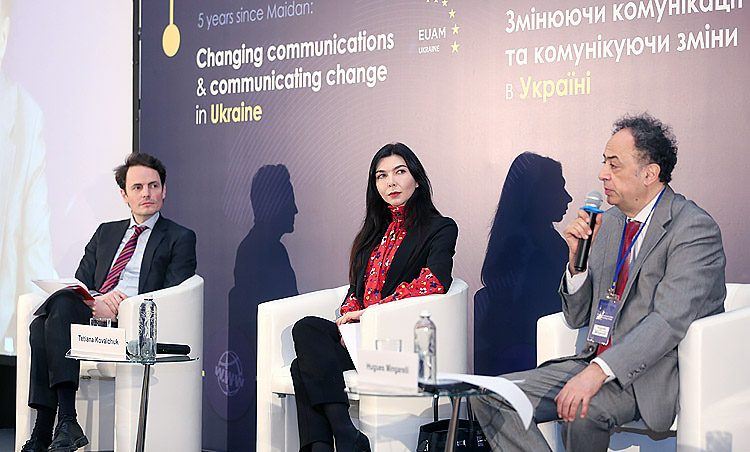 A conference organised by the EU Advisory Mission Ukraine on 26 February 2019 debated a number of pressing questions related to communications in Ukraine. Entitled ‘5 years since Maidan: Changing communications and communicating change in Ukraine’, the event discussed how to create a narrative for Ukraine and its reforms, communicate policy accurately and transparently in the face of sophisticated disinformation campaigns as well as build trust between the media and law enforcement agencies.

“Ukraine is a battlefield of the informational war, its target and at the same time the most misrepresented country in the Western world,“ said the Head of the EU Delegation to Ukraine, Hugues Mingarelli. “The way Ukraine is perceived in the world has nothing to do with reality. And this is important because the country pays a big political price for this image.”

Many speakers pointed out that the alternative to distorted narratives involved greater efforts to communicate openly.

“Even in this difficult and turbulent period, we have to move forward, we need to change our system and reform it, overcoming the obstacles that exist,” said Tetiana Kovalchuk, Deputy Minister of Internal Affairs. “Our only lever in this issue is transparency and communication, and we understand that we have to prevent the informational chaos which undermines trust in democracy, European values and state structures, law enforcement agencies in particular”.

EUAM’s Deputy Head of Mission, Fredrik Wesslau, underlined the need for a strong relationship between communication and policy. “Communications is key, and it is essential for reform to succeed but it cannot be a replacement for policy,” he said. “You need to have both policy and reform in a symbiotic relationship”.

How to combat fake news and disinformation, which threaten reform, was a major theme running through the conference. Foreign and Ukrainian experts on the subject noted that there had been some success in recognising the problem of fake news and disinformation in Europe and North America and tackling it. It was noted however that the hybrid nature of the threat made it particularly flexible and multifaceted, requiring a holistic approach as well as comprehensive education of the public on how to identify disinformation.

The relationship between investigative journalists and law enforcement agencies was also debated, and the question was raised as to why they so often have an antagonistic relationship, when they have a common interest in uncovering wrongdoing. A number of cases where journalists in Ukraine had been threatened were mentioned, while law enforcement professionals from Ukraine and Denmark explained the measures that their respective organisations were taking to protect freedom of speech and the media. 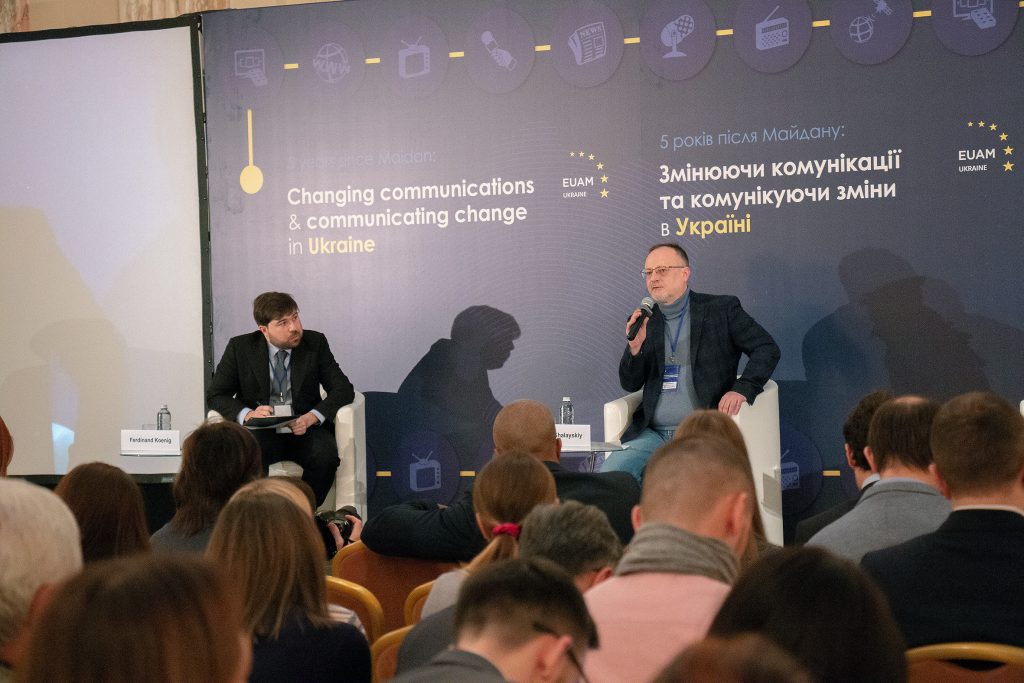 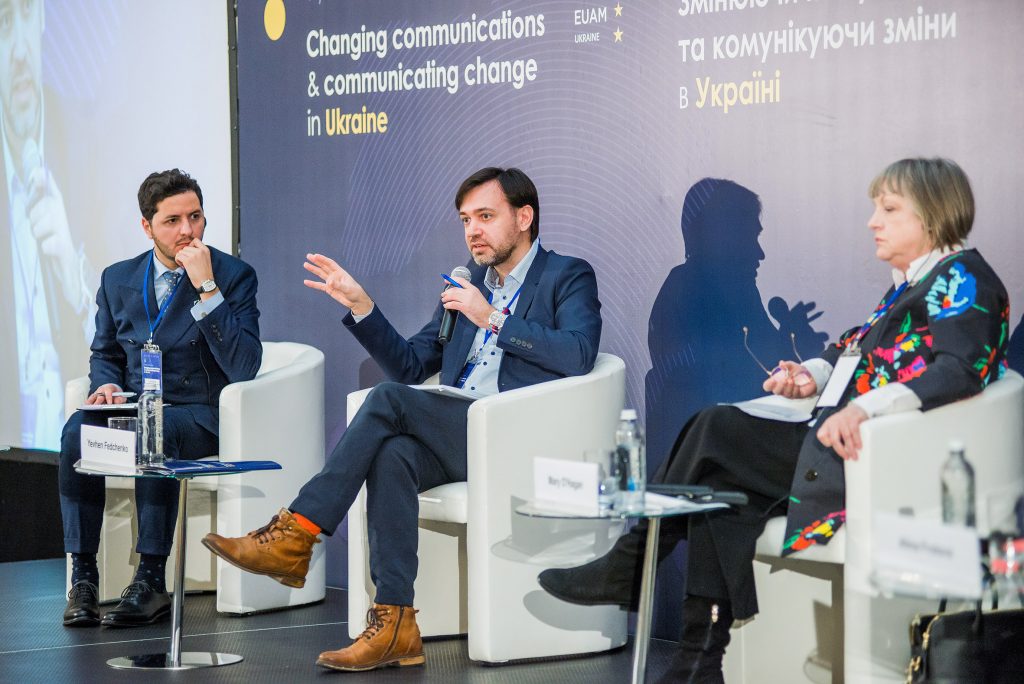 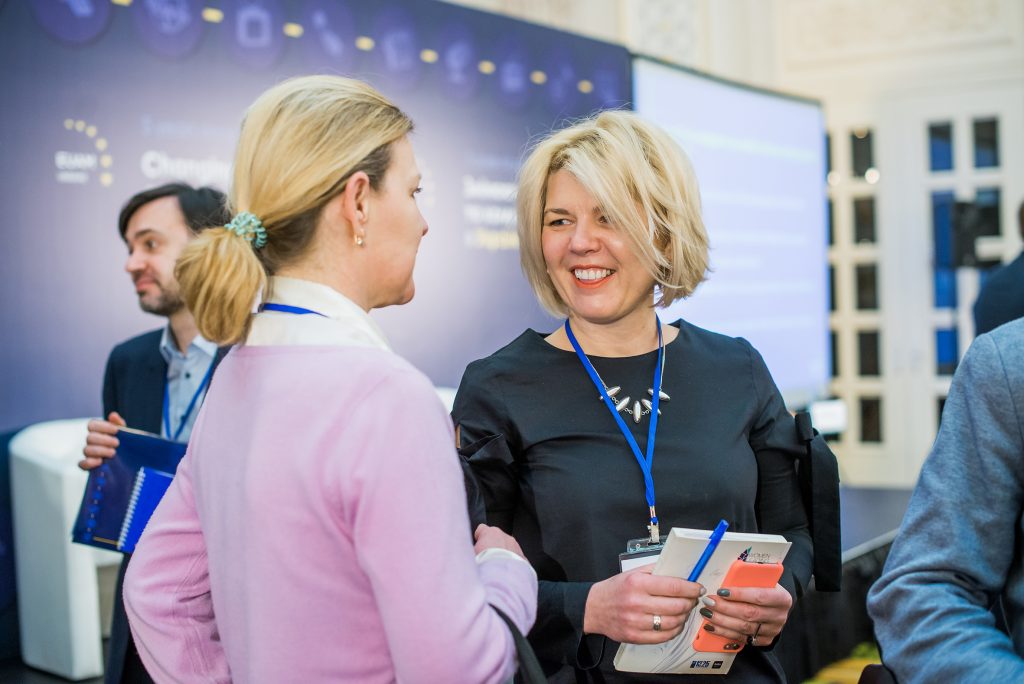 EUAM conference discusses how to communicate Ukraine's reforms and strengthen the country's image abroad is licensed under a Creative Commons Attribution-Share Alike 4.0 License.