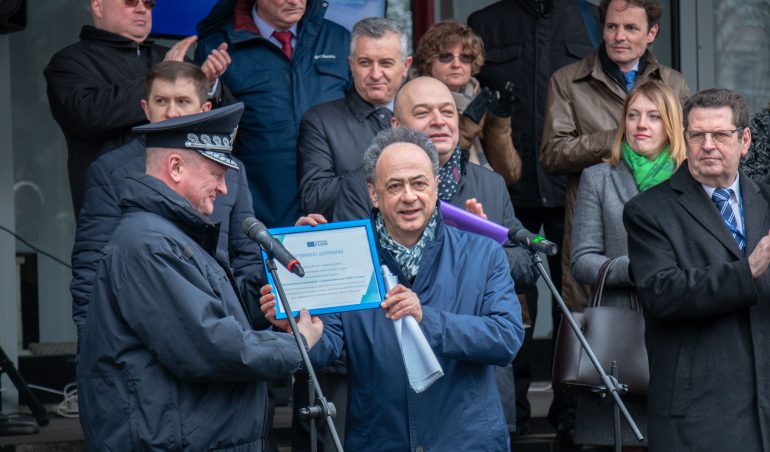 The EU project ‘Support to Police Reform in Ukraine’ (SPRU) has renovated public reception areas at 20 police departments and stations in Kyiv, Lviv and Kharkiv regions aiming to improve the level of service provided by the police to communities, in order to make them more citizen-oriented. This was reported at an official opening carried out at the headquarters of the National Police of Ukraine today.

“The EU will continue to support the Ministry of Internal Affairs and the National Police in transforming law enforcement agencies into truly open and democratically-oriented services, whose primary role is to serve Ukrainian people,” Ambassador Hugues Mingarelli, Head of the Delegation of the European Union to Ukraine, said.

“With the support of our European partners we have taken over an obligation to reconstruct, to renovate 20 police stations in the three regions and to renovate not only premises and facades. The idea was far deeper. To make police services at those stations more available and transparent. To build those services on co-operation, more citizen-oriented approach and to increase trust towards the police, at the same time not forgetting and reforming a component such as public order facilitation. And today we are already speaking about the implementation of this programme,” said Mr Serhii Knyazev, Head of the National Police of Ukraine.

The renovated police stations feature increased accessibility for the public, including forpersons with impaired mobility. The renovatedpublic areas, interview rooms and administrative offices of the police stations will allow for more transparent working practices and will enable a better standard of service provision to the public, supporting direct communication  of citizens with police officers, promoting  a customer-oriented approach and more comfortable conditions for visiting citizens.

In addition to designing and refurbishing the stations, the project also provided them with office equipment such as modern computers, scanners and printers, equipment for communication and internet connection, as well as training for staff on the client-oriented approach.

The objective of SPRU was to make police more efficient and to increase public trust in it through helping to reform the National Police of Ukraine. The project aimed to introduce the Scandinavian approach to public order policing and raising public trust in police. It was implemented by the Swedish Police (SWEPOL) and the United Nations Office for Project Services (UNOPS) with the support of the European Union Advisory Mission (EUAM). The duration of the project was two years, with a total budget of EUR 6 million.

The Scandinavian approach envisages efficient communication between the police and the public. A common understanding of the causes of crime and risk analysis help to prevent crime and violence during mass events, etc. As of March 2019, the project has implemented 12 community policing projects through the awarding of grants in Kyiv, Lviv and Kharkiv regions which were designed to increase cooperation and trust between local police and members of the community they serve.

The grants projects included initiatives to support safety in schools, establish community police centres in rural areas, and prevention of elderly people from being victims of fraud. Advisers from different EU countries and instructors from the Swedish and Danish police trained the National Police of Ukraine in areas such as community policing, human rights, counteracting domestic violence and democratic approaches in policing.

In addition, Ukrainian police received 10 specialized public order and 20 police vehicles, which will help local police officers to better control the territory they are responsible for and decrease response times, and 336 sets of personal protective equipment. A total of 420 police officers also received tactical training in management of public gatherings. 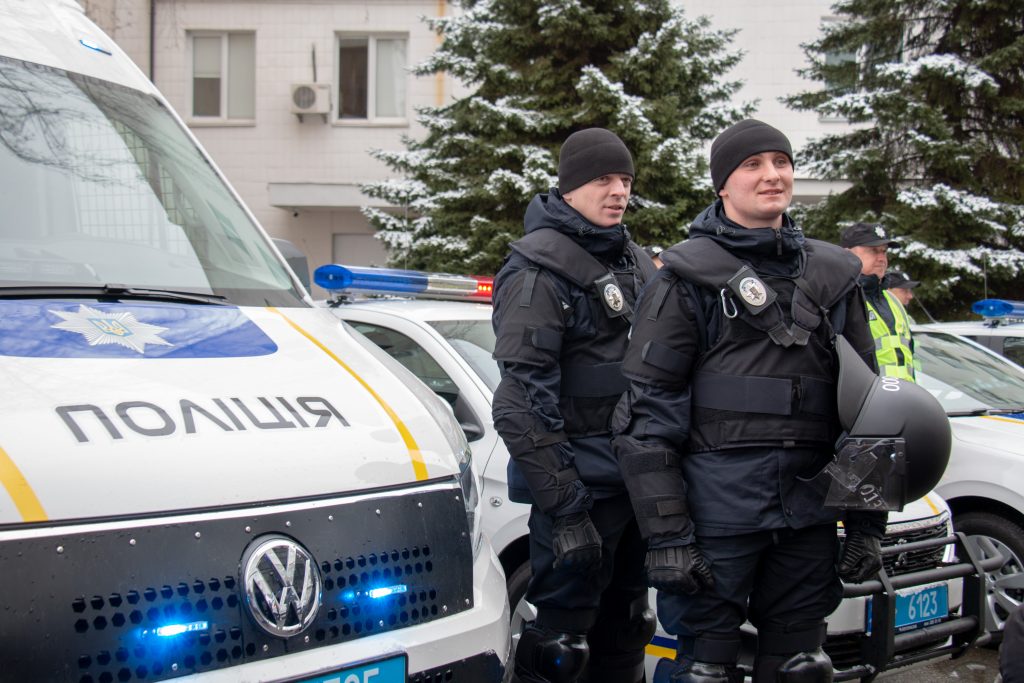 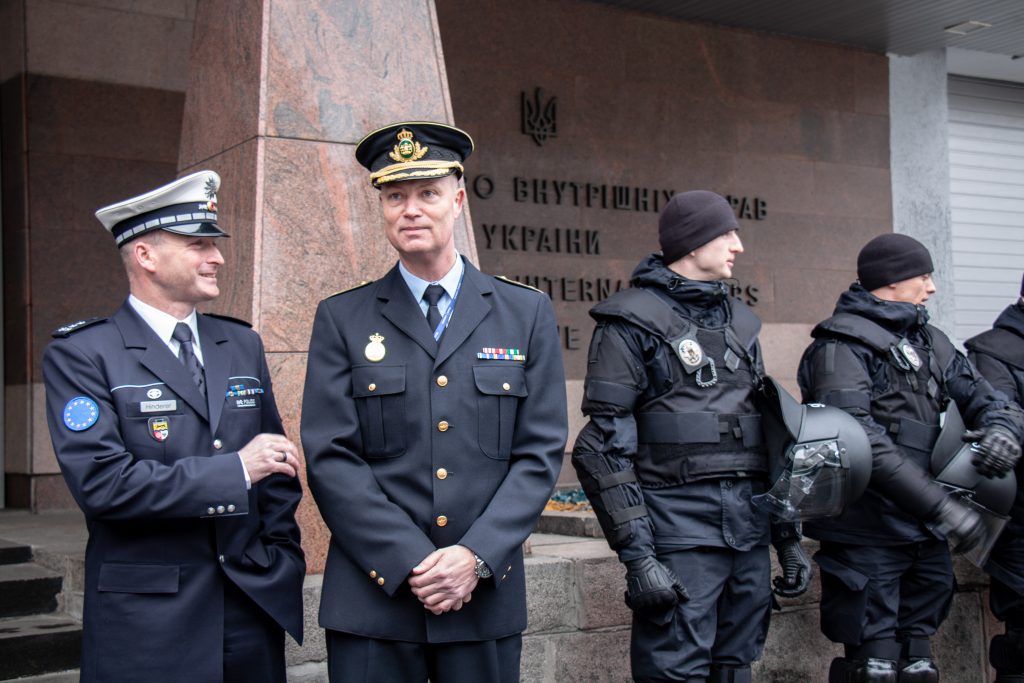 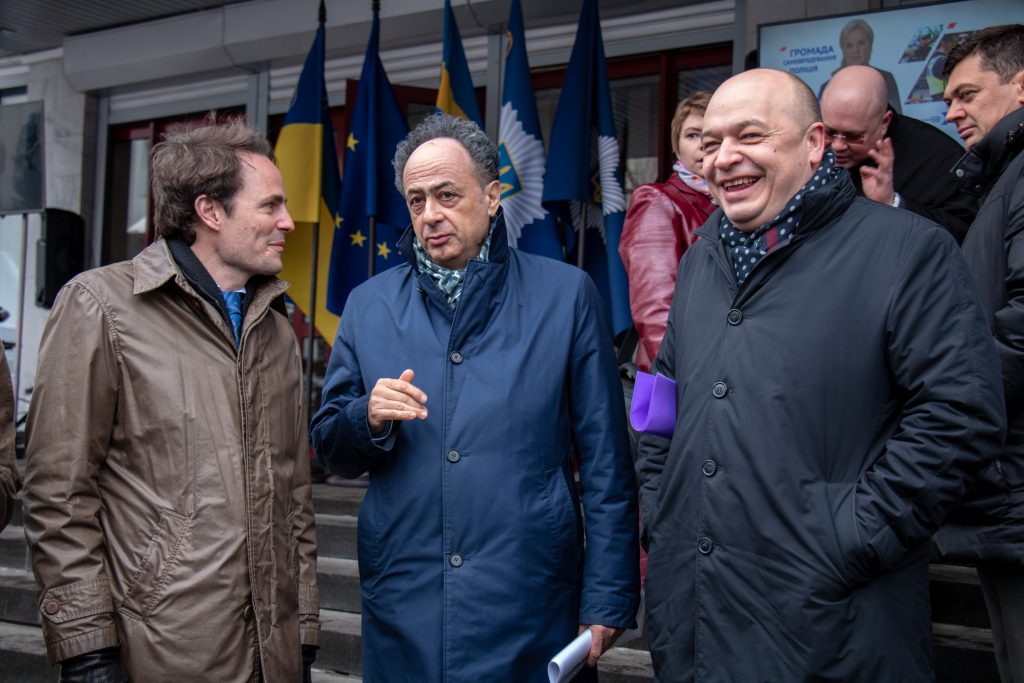 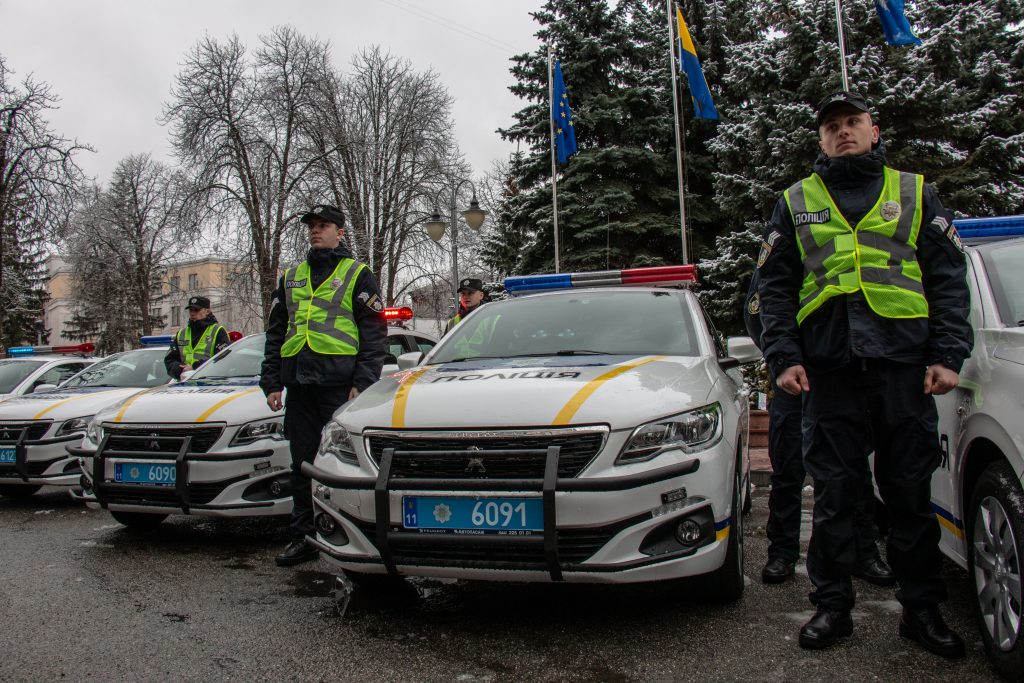