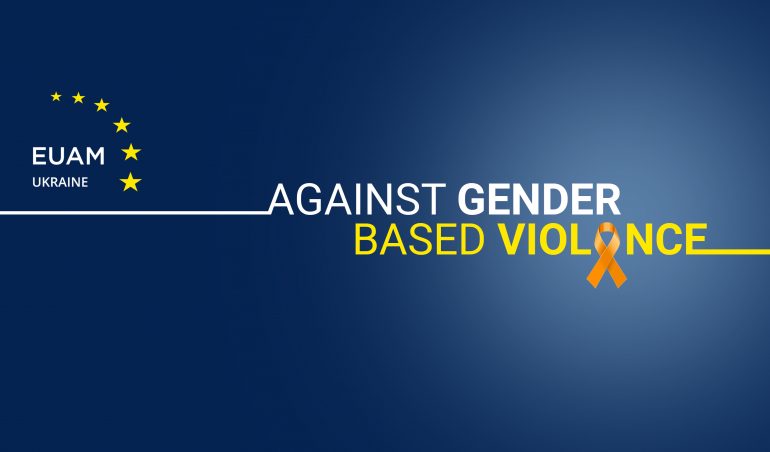 Today, on the International Day for the Elimination of Violence against Women, the EU Delegation to Ukraine and the EU Advisory Mission Ukraine are beginning 16 days of activism to raise awareness about gender-based violence.

Gender-based violence is a gross human rights violation still affecting our societies. Every year, 1.1 million females become victims of physical or sexual assault in Ukraine. But only a minor part of these assaults are reported to law enforcement agencies. The root causes for the underreporting of such crimes can be found in cultural taboos, persisting inequality between women and men and negative gender stereotypes. In Ukraine, low levels of trust in the criminal justice system as well as other obstacles to accessing justice exacerbate impunity for these crimes.

Eliminating and preventing violence against women and girls is an essential element of a democracy to ensure that one of the most powerful elements in any society can fully contribute to socio-economic and cultural growth and potential.  Over the last 4 years, Ukraine has taken significant institutional and legislative steps to promote and protect women’s rights and gender equality. However, considerable work remains to be done in order to combat violence against women, ranging from the ratification and the full implementation of the Istanbul Convention to major educational efforts aimed at the general public and law enforcement agencies.

The EU Delegation to Ukraine and EU Advisory Mission Ukraine will continue to work through all instruments at their disposal to help eliminate violence against women and girls, and make it a thing of the past.